Steve Wiebe, the original King of Kong, is returning to the competitive scene 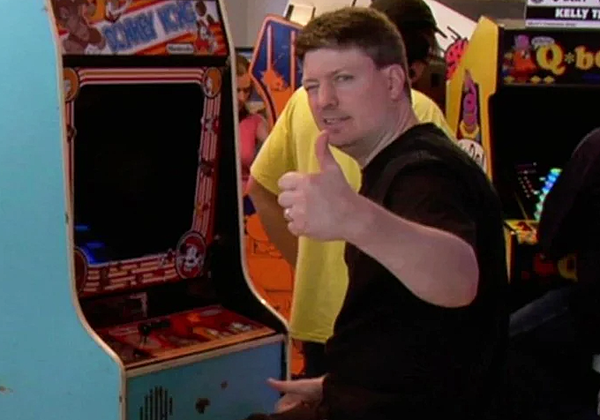 Steve Wiebe used to be at the top of the Donkey Kong competitive scene. He was the first person recognized as reaching a score of over a million points in the game, became the star of The King of Kong documentary, and forever cemented himself as a part of pop culture history.

Wiebe kept at the game for a few more years, but he lost his world record quite awhile back. The record now belongs to John McCurdy, who racked up 1,259,000 point. Wiebe hasn't been a part of the competitive scene for quite some time, but he's officially announced a return.

After a 10 year hiatus of chasing world records on Donkey Kong and Donkey Kong Jr, it seemed only fitting to get back into the swing of things during all of this madness. Thank you to Jace Hall for reaching out and welcoming me back into the fold. I don't know what will come of it, but might as well see what I've got left in the tank. I'll try to get streaming up and running at some point, but for now I'll just be recording practice runs on Donkey Kong. I hope to get a few games of DK Junior in after I've accomplished my DK goals. Good luck to everyone in their video gaming pursuits.

It'll be interesting to see if Wiebe can still hang in today's competitive scene. It would be great to see him climb to the top once again, and could definitely lead to a whole new wave of popularity. Who knows, maybe another documentary will come about as well!

Wha? I thought Billy was at the top. Never heard of this guy before.