Mortal Kombat 11: Aftermath Kollection's physical release won't have any game card at all 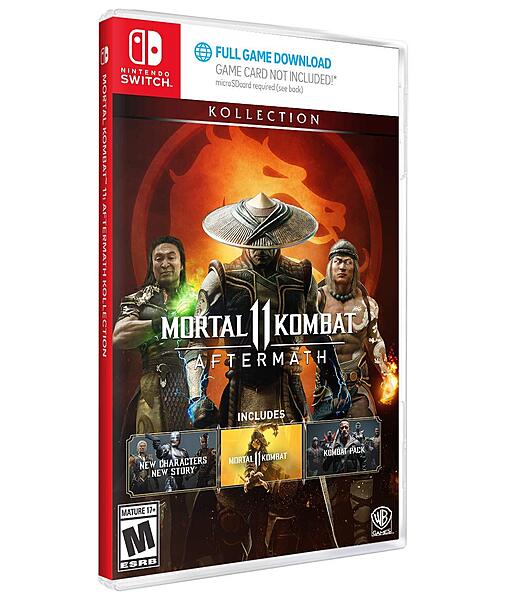 When we first heard about the Mortal Kombat 11: Aftermath Kollection, Warner Bros. Interactive Entertainment's Twitter support said the package would include a game card with the base game, and download codes for the DLC. Turns out that information was incorrect.

Thanks to the updated cover art and listing for Mortal Kombat 11: Aftermath Kollection on Amazon, we now know that the entire package is going to be digital. If you buy that package at retail, you're getting a box with a bunch of codes...that's it. Over in the UK, there won't even be a physical presence for the game. The only option will be to access the DLC via the Switch eShop.

I'm just not interested in wasted plastic. I hate this practice.

I'm just not interested in wasted plastic. I hate this practice.

This trend of putting codes in plastic cases is idiotic. Who came up with that idea?!

The thing I like about this title is it tells you when you can play. You pulled a finisher on your math work? Time to play after math.

This means any possible future Komplete edition will likely also be a download code in a box. Guess I’ll never buy MK11 after all. I was planning to wait until a Komplete edition arrived, but not if it’s going to be like this.