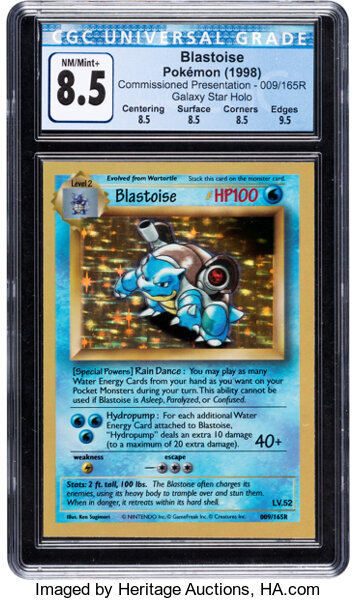 Earlier tonight, we shared news of an unopened Pokemon TCG box that sold for $408k at auction, marking a new record. Now we've learned that a single card has also sold at auction, and it brought in nearly as much.

An extremely rare Blastoise card was put up for auction, and the final bid came in at $360k. These two Blastoise cards were commissioned by Wizards of the Coast in 1998 to present to Nintendo for approval. Once you know their backstory, it's easy to see why they bring in such big bank!

Nuts! A single card is worth the price of a house. That's insane!

Must be nice to be rich.

Uh...the card in that picture is a Fake Pokemon card.