Metroid LEGO Ideas creation is hoping to get your attention 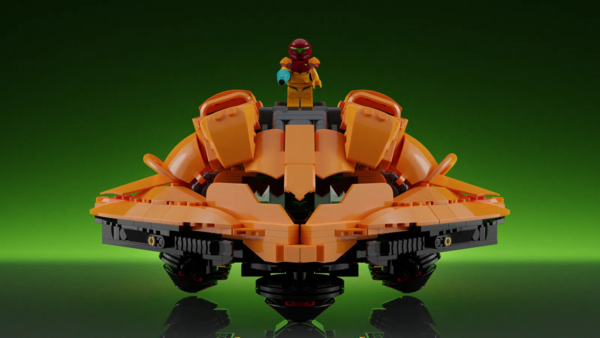 We've covered the LEGO Ideas website quite a few times over the years. This is a place where LEGO fans can come up with custom LEGO set ideas and share them with the public. If those projects get enough votes, they can eventually get in front of LEGO proper, and there's a chance they could be turned into a real commercial release.

The latest efforts on the Nintendo side of things involve the Metroid franchise. One fan out there is hoping Metroid fans will vote for the set, which includes a LEGO Samus, gunship, and more. Again, there's no guarantee this will turn into a commercial release, but there's no chance if fans don't vote. If you like what you see, you can cast your vote here.

It's not bad, it's better than anything I'd come up with, but I think it needs some refinement. I feel like the cockpit windscreen isn’t right. I was watching this video of another model made by someone else, and they say early on that it isn't easy to replicate in Lego.

Voted... I would definitely buy this!