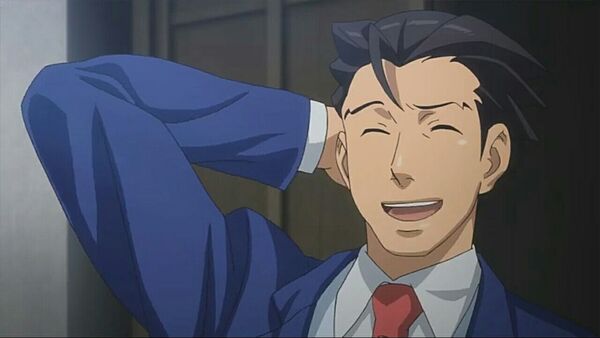 Capcom has shared an update on their million sellers, and the list has been updated with a brand-new entry. Fans of Phoenix Wright will be happy to learn that Phoenix Wright: Ace Attorney Trilogy has officially crossed the 1 million sold mark worldwide. That's a pretty fantastic number for such a unique genre. Hopefully this gives Capcom some interest in continuing the franchise with new entries.

Move over Immortals, it looks like the better Phoenix is rising, and he's Wright on the money.

Move over Immortals, it looks like the better Phoenix is rising, and he's Wright on the money.

Hmm... maybe I should give this a try. I tried with the LaytonxPheonix wright crossover but I wasn't impressed by that.

I played the crossover because I love the Layton games. I kinda enjoyed the PW side of it, but was on the fence. But eventually I got the trilogy for 3DS for 50% off and loved all 3 games. Those were some 75 to 80 of a lot of fun

Wouldn't get them full price though. They are GBA games on their 4th incarnation. As great as they are, full price kinda sends Capcom the wrong message.

Yeah I know. I mean I get they are text based and that's a lot but I'm assuming that there isn't much of replay value in the three of them and they look like short games unless I'm wrong. Kinda is sketchy to price them at 30$.

Each game will be between 20 and 25 hours to complete. So all 3 combined is a pretty sizable endeavor.

As far as replay value goes, not in a short time. I played them about 4 years ago and next year I'd be more than okay with playing them again.

$30 is too much solely based on their age and amount of releases. But once they go 50% off it gets much better. If you happen to have a 3DS, there are demos you can try there to give you a better feel for them.

I'm actually ok with the $30 price if you haven't played any of them before. A friend recommended I try the series when this trilogy released on Switch almost 2 years ago. I was skeptical having not played anything like these before, but I gave it a chance. I ended up binging the first two and enjoying the story, gameplay, and perhaps most of all - the music. I've been thinking about playing through the third one now that it's been a while. They feel like substantial games to me, well worth $10 each, but you're right that there isn't much in the way of replayability unless you wait years between playing them.

If you look at them as they are, they're certainly worth the price. But from a business perspective, I don't like paying full for games that released on the GBA, DS and 3DS prior to the Switch. It sends Capcom the wrong message, not the Wright one ;)

I wish Level-5 would find a way to put the first 3 Layton games on the Switch. Katrielle is too lonely. And better Layton than never.

Oh I agree in general, these re-releases on Switch are getting out of hand (even though an advantage with the Switch is you can play them with the whole console in your hand). I was just the Wright audience for this re-release since I never played the original versions, so I was happy about it.

I'd have some interest in Layton games being released on Switch for the same reason of never playing them before and playing them on Switch is just really convenient. That's why companies like Capcom do these re-releases. It makes business sense even though I'd generally rather new titles.

Your puns were Ace! I appreciate them.

I don't mind the rereleases. It is indeed a great way to experience certain games. I don't to buy an NES just to play Mega Man or Super Mario Bros. 3. It's just that some of them get the pricing out of hand sometimes. But it comes with the territory.

I'm glad I got to play the Layton games when they first came out. It was love at first sight. It's the only long series my wife has played all games and we still have all of them to revisit.

Thanks for the complement. I was feeling a bit down, but like a Phoenix I rose from the ashes

I'm surprised you said 3DS but not Switch! ;)

I don't believe there are demos on the Switch for PW. But I know for sure there are on the 3DS