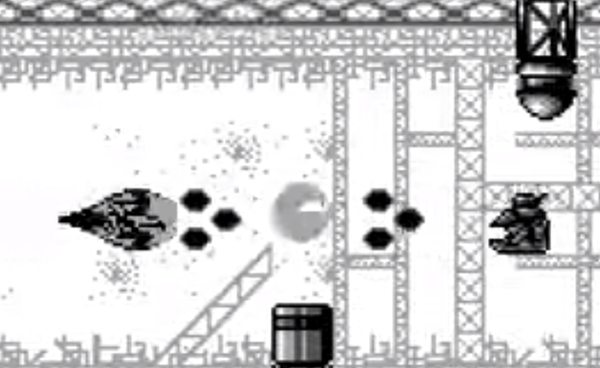 If you're planning on buying Darius Cozmic Revelation for Switch, there's a pretty good reason to go with physical over digital. The package release of this collection will include SAGAIA, a Game Boy SHMUP from 1986. You can read more about this classic game and the offer below.

Strictly Limited Games is pleased to announce that Darius Cozmic Revelation for Nintendo Switch will include the very unique Nintendo GameBoy-version of SAGAIA as the third entry in the collection!

The Darius brand is synonymous with some of the most acclaimed and iconic shoot-em-ups ever created. Darius is a series of horizontally scrolling shooting games which began with the original arcade release in 1986. TAITO’s Darius Cozmic Revelation features in addition to SAGAIA the legendary G-DARIUS HD and the brand new DARIUSBURST: Another Chronicle EX+ that will delight fans of this genre and capture the hearts of those new to the Darius experience.

Having previously been released on Nintendo’s Game Boy in Japan 1991, SAGAIA is a Switch exclusive and will be a physical on-card version that will only be available through the Strictly Limited Games Darius Cozmic Revelation editions for Nintendo Switch. This title contains features and elements from both, DARIUS and DARIUS II, whilst adding its own additions into the mix. Eight levels of pure pixelated beauty in this handheld version of one of the greatest shoot ‘em up series ever created.

Featuring remodelled and improved editions of iconic shmups, G-DARIUS HD is a remastered port of the original release G-Darius (1997) which paved the way from the transition between 2D to 3D with great success. Superb boss battles, along with a brilliant soundtrack, recreated an unsurpassed arcade experience with even an option to play the game in low-resolution just like the original arcade version.

A new revision of Dariusburst AC entitled DARIUSBURST: Another Chronicle EX+ makes an appearance - it's now 10 years since the original version and the original team, who are highly motivated, are still proudly working together on this version. The DARIUSBURST series started in 2009 on PSP, with gorgeous 3D graphics and additional features to expand the arcade version from 2010. The game is developed by Pyramid and will not only include features of the arcade version of "Another Chronicle EX", but there will also be new features like a replay mode and new levels.

Darius Cozmic Revelation for Nintendo Switch is only available for preorder at the Strictly Limited Games store and comes in two editions: The Collector’s Edition and the Limited Edition.