Does this romantic adventure hit its mark? 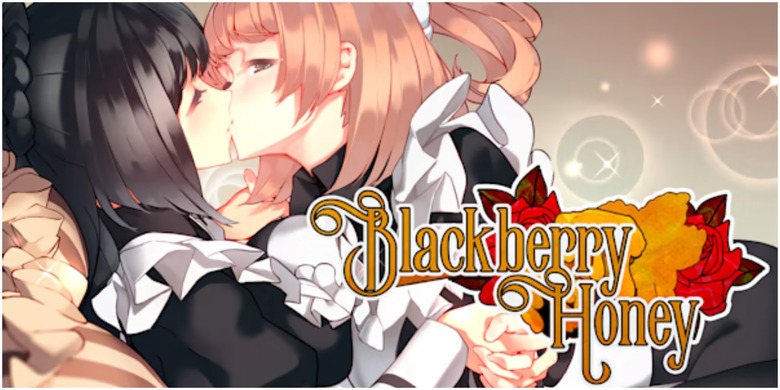 Visual novels, for the most part, are aimed at a very specific market. This genre offers compelling stories, captivating soundtracks, and stunning imagery, but the time investment and sheer amount of text could be intimidating to outsiders. This is why a handful of visual novels employ different tricks to woo a wider audience.

One such approach is through branching paths, as they require players to make difficult choices that can change the narrative. The visual novel Doki Doki Literature Club benefits greatly from this mechanic, creating a heightened immersion and considerable replay value. Unfortunately, Blackberry Honey doesn’t take this route, making for one of the game’s biggest missed opportunities. 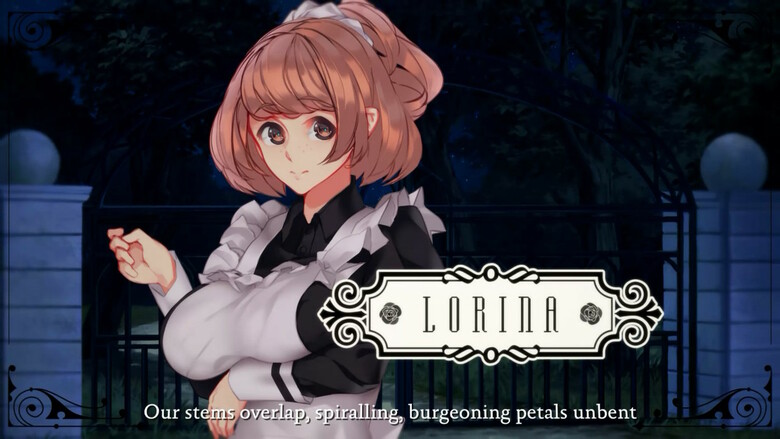 Blackberry Honey is a non-traditional romantic visual novel developed by Ebi-hime, and published by Ratailika Games. It’s also Ebi-hime’s first adult-oriented game, as it tackles topics like sexual harassment and intercourse. Blackberry Honey’s storyline follows the kinetic novel formula, which means players do not have access to branching paths. While still a charming game at some points, Blackberry Honey’s kinetic route left me wanting more.

Blackberry Honey is set in mid-19th century England and follows Lorina Waugh, the main character. After losing her job, Lorina is taken on as a maid for the prestigious Lennard family. Lorina quickly learns that her new job is quite taxing, as she endures 14 hour days, antagonizing comments from fellow maids, and commands from the Lennard family’s rude daughter, Lady Constance.

Among the maids Lorina works with is Taohua, a staff member surrounded by cruel rumors, despite the fact that she outranks all the other maids. As head maid, Taohua enjoys perks such as a private room, and the option to skip church services. Very early on, Lorina recognizes the position of power Taohua holds in House Lennard, and comes to respect her authority. As their relationship grows, it ultimately leads to a taboo romantic entanglement. 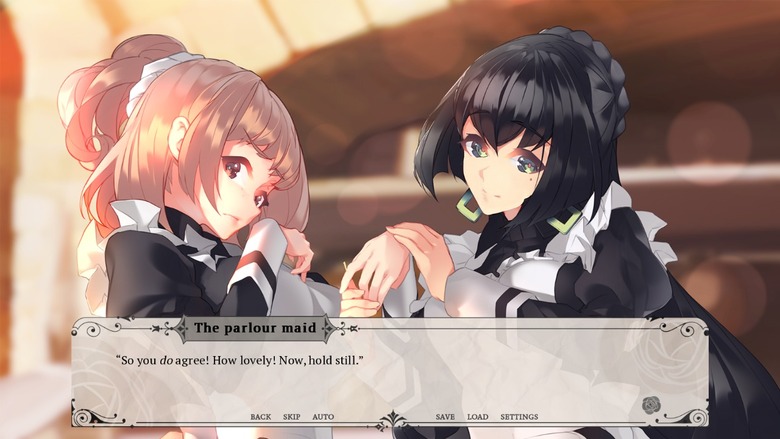 The romance between Lorina and Taohua feels natural, as Taohua defends Lorina through both words and actions, which helps her to avoid fights and other tough situations. There are even times when Taohua provides Lorina with medical assistance, only strengthening their bond. All of this eventually leads to a few intimate scenes, which come off feeling both believable and heartwarming. These moments allow Lorina and Taohua to open up and share personal life stories, such as how both women dislike being viewed as prized objects. It’s this topic of discussion in particular that creates a slight problem in Taohua’s characterization.

Taohua’s actions in the story left me feeling sour, affecting my view of not just her, but Lorina as well. At one point, Taohua says she wants others to think of her as a succubus, which certainly goes against her earlier comments about objectification. Furthermore, Taohua utilizes erotic offerings to stop Lorina from questioning or arguing with her. This usually leads to Lorina submitting, which bothered me quite a bit. There’s an earlier scene where Lorina stands up to her tormentors, proving that she can handle herself quite well. Following that with a scene of submission to Taohua makes things rather confusing.

While Taohua and Lorina’s relationship serves as the game’s overarching plot, Blackberry Honey introduces subplots that are never fully explored or resolved. A perfect example comes from the Lady Constance side-story.

As the story rolls on, we eventually learn why Lady Constance is so unlikeable, and what makes her treat everyone like dirt. Constance tells Lorina she cannot befriend anyone because her mother would fire them due to nothing more than petty jealousy. This is followed by Lorina and Constance sharing a controversial close moment, and then everything just stops. We never get a real ending for Lady Constance, or see her grow after opening up. 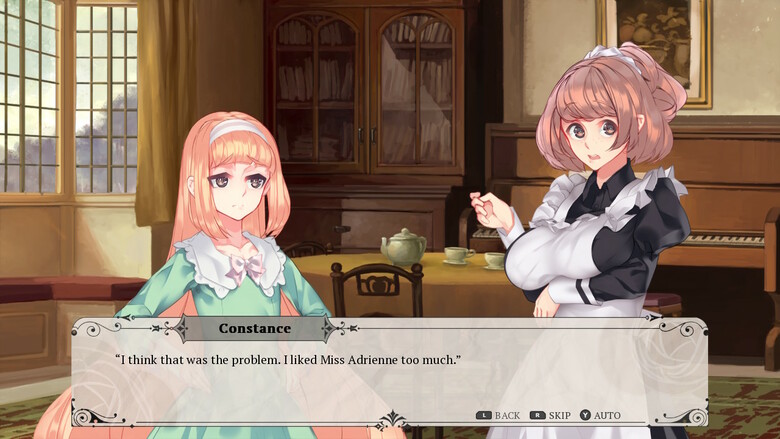 This is quite frustrating, as the groundwork is there for a Lady Constance redemption arc, along with her mother. Both characters had the potential for growth and change, and it wouldn’t take much to craft a satisfying resolution. A brief scene with Constance and her mother discussing past events with the hopes of bettering themselves could have done the trick. Instead, we witness more irredeemable antics from Lady Constance, along with an all-too-brief moment at the end of the game that insinuates she’ll never change.

I also felt some of the game’s maids got the short end of the stick. Pauline, an older maid who bullies Lorina, also shows room for growth. While she does assault Lorina early on, Pauline eventually takes on some of Lorina’s responsibilities. It would have been nice to see Pauline befriend Lorina and apologize for her wrongdoings.

Blackberry Honey also introduces another potential love interest for Lorina in Ada, which once again left me wanting more. Ebi-hime notes that Ada would’ve been one of Lorina’s main love interests, but the idea was shelved, as Ada doesn’t contribute much to the overall narrative. That said, there’s still instances where Ada shows affection towards Lorina. Ada boosts Lorina’s self-esteem and confidence on the night Pauline assaults her, and Ada also comforts Lorina after some verbal abuse from Taohua. It’s a shame this relationship isn’t explored further, as it could have been interesting to compare Ada’s route with Taohua’s to see who deserves Lorina’s affection. 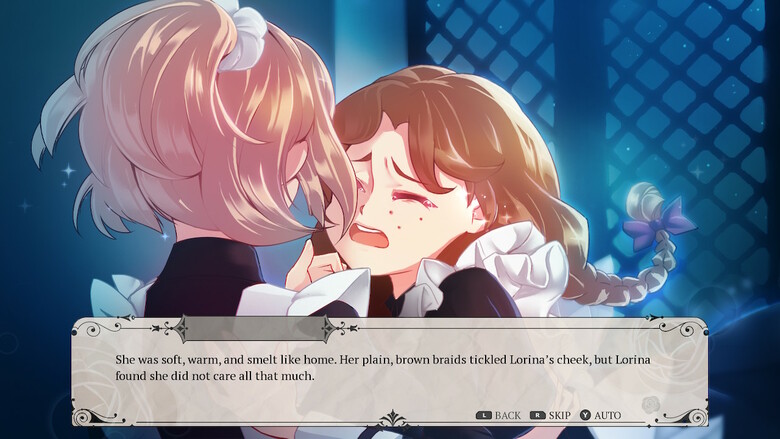 While the gameplay of Blackberry Honey is straightforward visual novel fodder, it is still an enjoyable game to look at, utilizing a Victorian-era vibe throughout. Each background is well drawn and accurately reflects mid-19th century England. This look really comes to life through the use of a watercolor aesthetic applied to the backgrounds. Even better are the character designs, with characters that feel realistic, and depictions that set the tone of each scene. Be warned, though, as there are some rather risqué moments found throughout the experience.

That’s not to say the visuals don’t have their faults. I was disappointed to learn that some characters, including pivotal ones, used a singular piece of art. These still images with no change to facial expressions are really noticeable during the more emotional scenes, as the lack of facial reactions lessens the impact. Even worse, Lady Constance’s mother and the church minister don’t get character art at all! This is incredibly odd, considering how these characters create moments that help Lorina and Taohua’s relationship grow. Several heartbreaking scenes could have been so much more meaningful if varied character art was included. 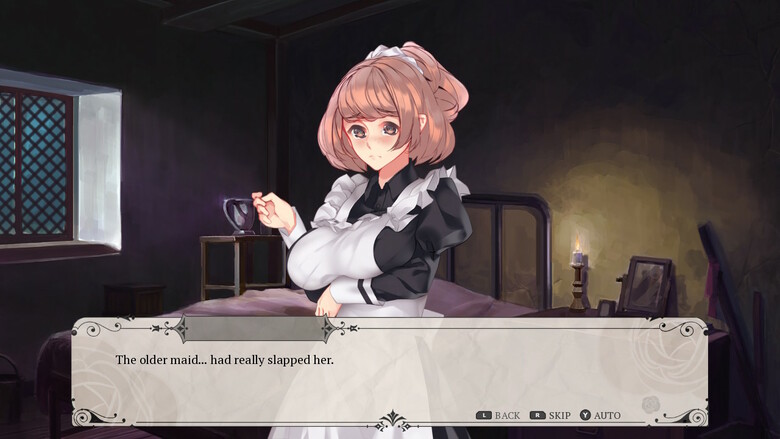 Pauline slaps Lorina for disrespecting her

As for Blackberry Honey’s music and sound effects, I found them to be enjoyable. The music heightened the tension between characters, while the sound effects connected me to the world. In particular, Blackberry Honey’s opening theme was incredibly soothing, thanks to the amazing vocals. Still, I feel the game would have benefitted from voice acting or vocal cues, especially in the intensely dramatic scenes.

Even though Blackberry Honey was a bittersweet experience, I still enjoyed my time with the game overall. The characters were interesting, the visuals were gorgeous, and the music made some of the game’s bigger moments stand out. It’s a game filled with charm and delight, but there’s not quite enough content to warrant the $13 price tag. If you’re a fan of the genre or just curious in general, I recommend you wait for a special sale or permanent price drop. 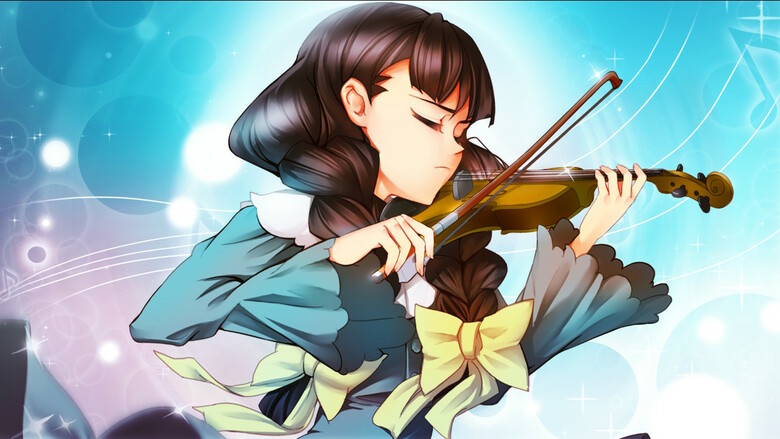 Taohua playing a violin at a young age

I found the game’s music and sound effects enjoyable. The music heightened the tension between characters, while the sound effects helped me maintain my connection with the world. The visual novel’s opening theme was also soothing to my ears alongside its amazing vocals. On that note, I feel the game could’ve benefitted from having some voice acting or vocal cues, especially in the overly-dramatic scenes. Otherwise, I found no other issues with Blackberry Honey’s sound design.

Even though Blackberry Honey had a bittersweet flavor, I enjoyed my time with the game. The characters were fun and looked like they belonged in the world. The water-colored backgrounds and accompanying CGs were gorgeous and immersive. The music made some of the game’s impactful scenes pop more. However, I suggest that fans wait until Blackberry Honey goes on sale before purchasing it. While the game’s filled with charming delight, there’s not enough “honey” to warrant its price.