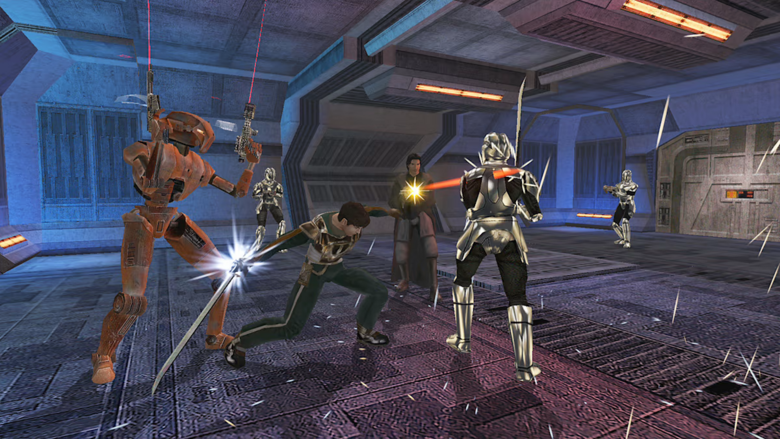 Back in June, publisher Aspyr announced that DLC would be coming to the Nintendo Switch version of Star Wars: Knights of the Old Republic II some time in Q3 2022. This DLC known as “Sith Lords” was to include a new mission, new ending, additional dialogue, and more.

Well, as of today, October 1st, 2022, Q3 2022 is official over, and the Sith Lords DLC is nowhere in sight. Fans are understandably wondering what’s going on, as there’s been radio silence on this issue from Aspyr themselves. The content appears to be delayed, but there has been no official word on why, or when we might expect it to finally be released.

If and when the Sith Lords DLC does become available, it’s said to be a free download for current owners of the game on Switch. (There are however, a few caveats regarding save file compatibility, which you can read more about here.) Stay tuned for any updates on the availability of this DLC, and see below for additional details on what it will include.