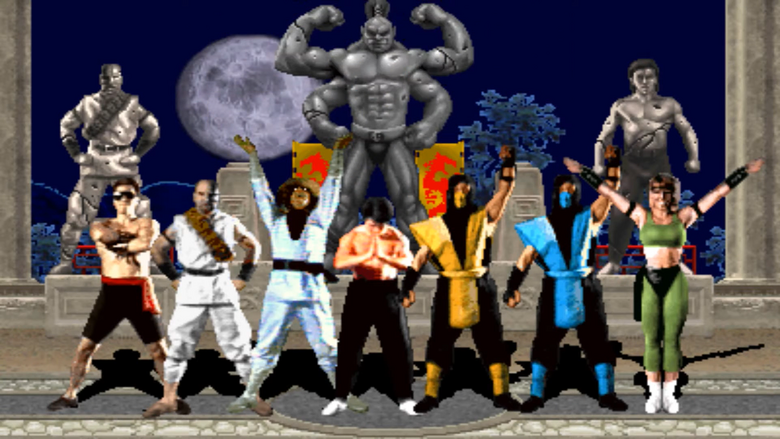 Blood. Gore. Fatalities. Ratings Boards. Whatever. You’ve heard all of that stuff about Mortal Kombat before. Everyone knows how important death is to Mortal Kombat, but to me, Mortal Kombat is just as much about life as it is death. The Mortal Kombat games were among the first to convince me that a world lived within the cartridge of the game. That world crossed beyond the fictional story, beyond the game mechanics, and into reality itself. Mortal Kombat’s world lives on to this day. You can’t kill Mortal Kombat, it’s immortal, so let’s dive into what I believe to be the source of its immortality: mystery.

Mysteries result from absence of knowledge – they don’t tell you anything on their own, so arguably there’s nothing to care about in a mystery alone. A truly compelling mystery hooks you in with just enough information to make you care while leaving the details vague. Mortal Kombat specializes in this particular martial art, which is only further emphasized by its status as a fighting game. 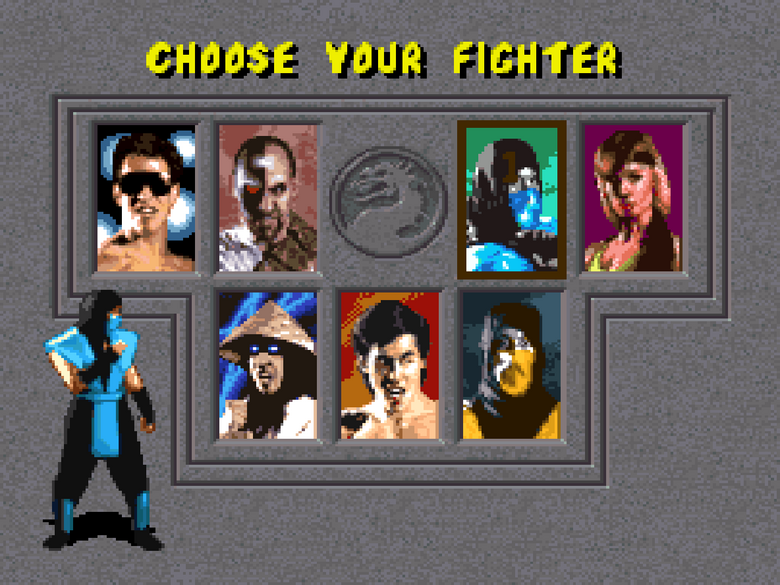 Fighting games are inherently limited in what they can convey in terms of their world and characters. These kinds of games focus on funneling you through a gauntlet of 1-on-1 fight scenes. Fights can emphasize key struggles in a story, but they aren’t a replacement for a story on their own. This caveat may seemingly result in weak storytelling, but because these are interactive games full of variables and details that only become apparent through playing them, in actuality that makes fighting games a goldmine for telling stories. To be more accurate, they are a goldmine for mystery stories, just not ones that unfold in a traditional way.

The first step for telling these stories, however, is sowing the seeds for a player to engage with them. Going into a character select screen for a fighting game is almost like taking a personality test. You don’t know anything about anyone on the screen, yet you have to pick someone to play the game with, so you’ll ultimately pick someone who best reflects what you’re interested in. The designers of Mortal Kombat took advantage of this by designing characters with strong archetypal features. Gods, ninjas, kung-fu guys, wizards; all of Mortal Kombat’s characters contain broader elements that you may recognize, even if you don’t know exactly who a character may be. By selecting a character with these vaguely familiar attributes, you create the initial connection needed to invest you in the broader world.

From there, you experience the world through your character’s perspective. Everything from the character’s design to their attacks says something about them, even if it’s not explicit. You uncover their lives and who they are, or at least who you think they are, through playing them. That initial spark that inspired you to select your character can become a genuine bond as you continue to play as your character, especially as you follow them from game to game. 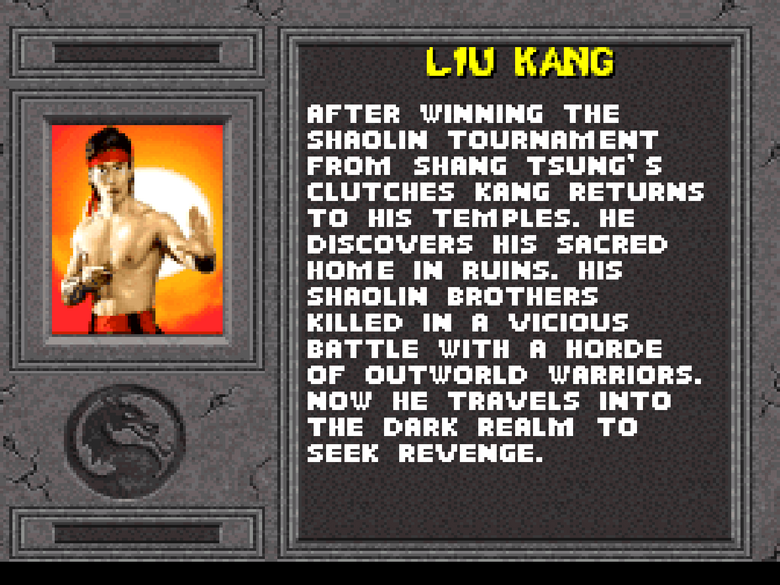 In the initial run of Mortal Kombat games, actual exposition about each character was limited to some in-game attract mode biography screens and endings. Not a lot to work with. However, you don’t have to spell everything out to get people to invest in something. Often, it’s better if you don’t.

Players’ imaginations can run wild with the tiniest scraps of information that they are given. Liu Kang was part of a secret society called the White Lotus? Scorpion hates Sub-zero? Raiden is actually a thunder god pretending to be a human? Mortal Kombat lays out tons of little story threads like these. By telling you these things with little to no context, your mind is free to ponder on what’s left unsaid. It’s the fun kind of vague where you’re interested in discovering the details, but you’re fine with them remaining unsaid for the time being.

This sense of mystery expands into the game mechanics as well. It may seem quaint now, but there was a time where special moves were indeed special. Not just anyone could make Scorpion shoot out a harpoon – only the truly cool people knew the secret inputs. There’s nothing in the game itself that tells you how to do these moves or even that they explicitly exist. At best, you may get some hints by being on the receiving end of them via the computer-controlled opponents. The side effect to this method of game design is that it avoids setting limits on the players’ expectations. There could be two special moves or two hundred, which encourages players to experiment.

Special moves weren’t invented by Mortal Kombat, of course, games like Street Fighter were popularizing this idea long beforehand. Mortal Kombat simply pushed their allure deeper than its contemporaries did. Finishing moves like Fatalities heightened the mystery and the spectacle of the special moves. Your chances of discovering these finishers on your own dramatically decrease compared to a normal special move due to the limited time window and the more involved inputs required to activate them. Fatalities weren’t just cool because they were shockingly violent, they were cool because they were hard to discover and perform. 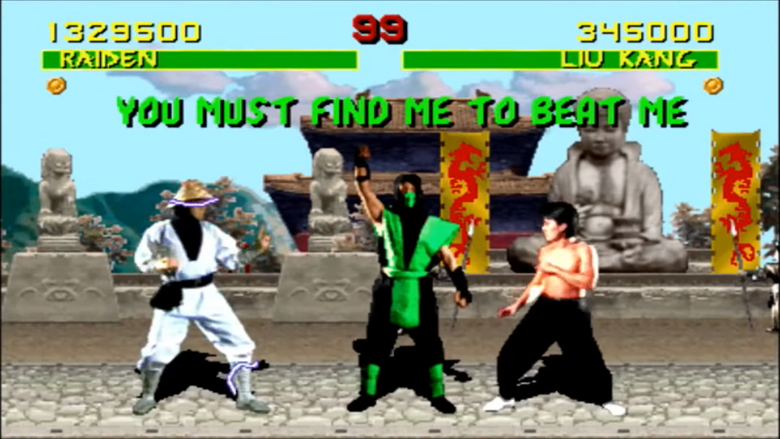 On its face, the original Mortal Kombat is a very simple game to actually play – if you hope to defeat the AI opponents, you’ll be doing a lot more jumpkicking than special moves – but it creates a strong impression nonetheless. A sense of foreboding secrecy lurks underneath and elevates the game beyond being just a game. This sensation culminates with the game’s biggest secret: Reptile.

Reptile is so cool. He’s green, he’s a ninja, what else could you want? He’s my favorite kombatant; he’s the best. Unfortunately, the Mortal Kombat developers have historically not agreed. Even if his creators hate him, I’ll always back this scaly little loser. Long before he became the resident punching bag, however, he was flaunting the game’s secretive nature right in players’ faces. Reptile could occasionally pop up in the original Mortal Kombat to leave hints as to the obscure requirements needed to activate his super secret fight: look to La Luna (I guess Reptile speaks Spanish?), you have to find me to beat me, stop blocking and just jumpkick everyone (paraphrasing here), and so on.

These hints along with the nature of the Reptile fight itself solidified Mortal Kombat’s identity as a game about secrets. Everything about fighting Reptile was so obtuse that it opened people’s minds wide open into anything being possible. After all, this was an age before hacking, no one except the developers knew what secrets could still be hiding within the lines of code that made up the game. Mortal Kombat’s mysteries like the story, characters, the special moves, and the secrets all took on a life of their own outside the game. 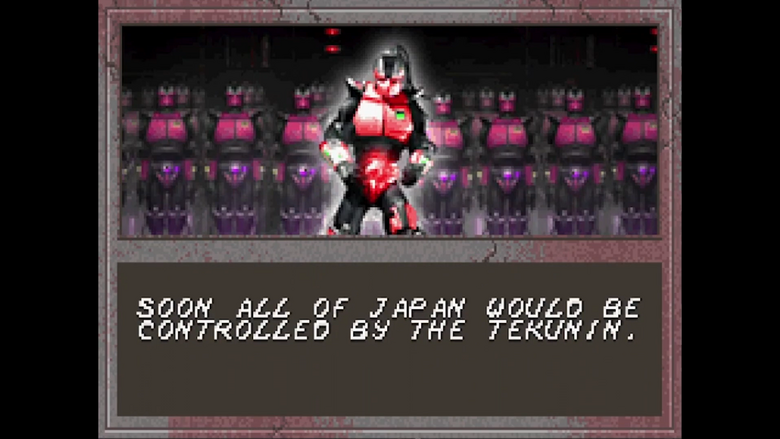 Part of how Mortal Kombat kept that intrigue going is that it siphoned off of its fans’ expectations and further built on its mythos. Debug options and rumors of Scorpion turning red would eventually be used as a basis for a playable character. Later games would tease characters and other secrets in a similar fashion to Reptile. Story details would slowly be fleshed out in each subsequent game and even spin-offs dedicated to specific character arcs. Every character ending added just a little bit more to the ever-expanding universe of Mortal Kombat

It honestly got pretty esoteric. There was a time where I was extremely excited to play a strange Gameboy Advance version of Mortal Kombat: Deadly Alliance called Tournament Edition (I somehow doubt this has ever legitimately been played at a tournament) because it included Sareena, a one-off obscure character from Mortal Kombat Mythologies: Sub-Zero, as well new lore about Noob Saibot, Sektor, and Goro that none of the previous iterations of Deadly Alliance had. I was in deep. That made sense, though, because by this point Mortal Kombat was endlessly deep.

To me, the peak of Mortal Kombat as a living, breathing world is the Konquest Mode in Mortal Kombat Deception. Konquest works so well because it simultaneously fleshes out the world that already exists while also seeping it into additional layers of mystery. It was, for the first and really only time in the series, a fully traversable world. You could walk around Earthrealm. You could talk to Sub-Zero. You could punch Sub-Zero. You could also punch an old lady and rob her house. Konquest took what had previously been vague and undefined and turned it into a place you could actively explore. It even further expanded the universe by adding entire new realms to explore. 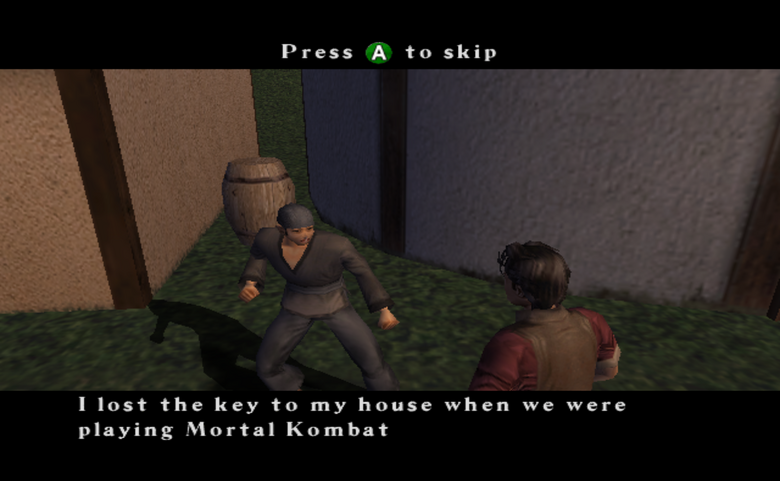 Despite this fuller realization of Mortal Kombat’s world, the appeal of the world remained intact. Doing something like Konquest risks showing people too much, piercing the veil of secrecy that otherwise keeps people at an intriguing distance. Konquest solves this issue by filling its world with a frankly insane amount of content and secrets. Tons of events and secrets are tied to an in-game clock with a day and night cycle, which gives the impression that something could happen at virtually any time and anywhere in the game world. It manages to capture a similar, yet more literal interpretation of the endless possibilities that the arcade games before it managed to do with what was a relative handful of secrets.

It was the mystique of these games that drew me towards Mortal Kombat. I scoured the early days of the internet for information about the older Mortal Kombat games as well as the upcoming ones. This series gushed forth a never-ending stream of mystery and speculation, and I just had to know as much as possible. My earliest times talking to people online over the internet were spent in various Mortal Kombat communities like mk5.org and Dave’s Mortal Kombat. In places like these, people would recount rumors and old bits of speculation like they were legends. The most minor of character details were discussed and analyzed to death. Fake rumors and images were so commonplace that it became its own little subculture where people would make “Fakes” for people to either judge or simply laugh at.

Mortal Kombat had taken on a life of its own beyond the game. It started in the arcades, grew into a phenomenon, expanded to cyberspace, and lives on to this day, thirty years after the fact. The latest games have further expanded Mortal Kombat into the territory of infinite time loops and reboots. New developments and secrets in the world of Mortal Kombat never have to stop, and I don’t think they ever should.

As long as the mysteries remain infinite, Mortal Kombat will live on forever. At the very least, it will remain alive inside of me. I’ve filled my mind with more than my fair share of useless Mortal Kombat trivia and will to continue to do so for as long as my passion for the series remains. After all, there is no knowledge that is not power! 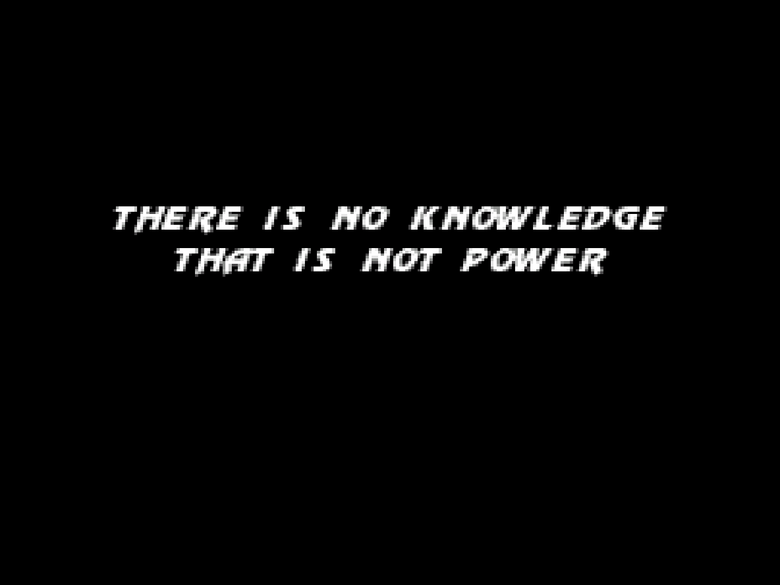