Check out a new trailer for Ray'z Arcade Chronology, heading to Switch Spring 2023

Get ready to soar back into the action!

Way back in July of 2022, the development team at M2 and publishers at Taito announced Ray’z Arcade Chronology would be heading to Switch. At the time, details were a bit sparse, and we’ve been waiting for word ever since.

Today, the team has even more to show us! This information comes in the form of a brand-new trailer, which you can check out above. The trailer shows off gameplay from each game included in the collection, detailing their remastered graphics and gameplay elements.

In addition to the gameplay, we also got to see some neat bonuses that will come with some physical releases over in Japan. An image of these bonuses can be seen below! 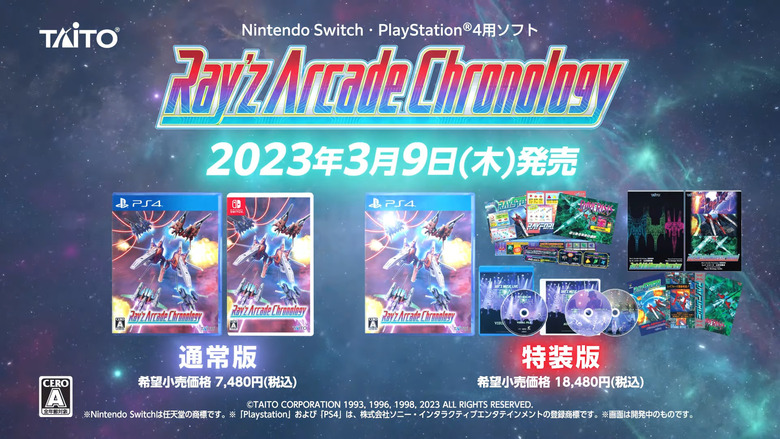