It's the Witching Hour somewhere! 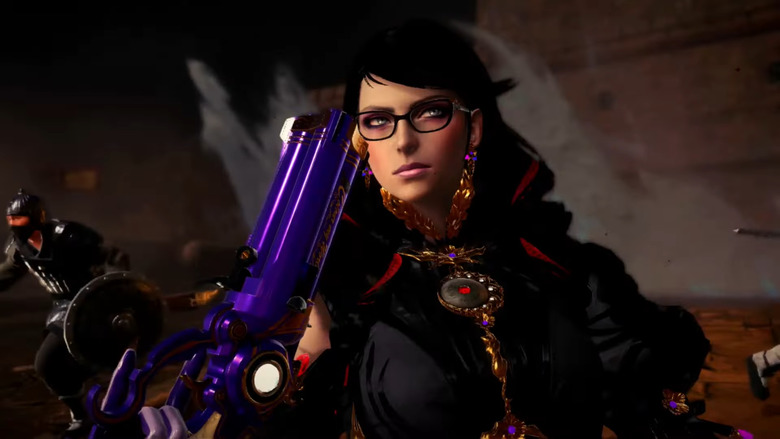 Bayonetta 3 came out back in October of 2022, and since then it’s been pretty smooth sailing. The game even ended up winning Best Action Game at The Game Awards, and it also got picked as GoNintendo’s Best Action/Adventure game of last year!

It seems the team over at Platinum Games isn’t done with the title just yet, though. A big new update for the game is out now, and it brings the game up to Version 1.2.0. The changes made include adjustments to combat, difficulty balancing changes, and a handful of bug fixes to boot.

The update is available to download now, and you can check out the full patch notes below. They’re pretty detailed, so be sure to take a look!

• Adjustments made to prevent Viola’s evasive input and Cheshire’s summoning input from activating Assault Slave while maintaining invincibility if they are used in rapid succession.

• Weapons “Simoon”, “Tartarus” and Viola’s Charge Attacks can now continue to hold charge, even if dodged or blocked.

• Wink Slave can now be activated from the combos “PKP” and “PKK” for the weapons “G-Pillar”, “Dead End Express” and “Cassiopeia”. *P is Punch, and K is Kick

• When equipping the accessories “Infernal Communicator” and “Pulley’s Butterfly” to summon Devils and Butterflies, it is now possible to cancel the summoning motion by dodging or blocking.

The following Niflheim stage conditions were changed to lower the difficulty: 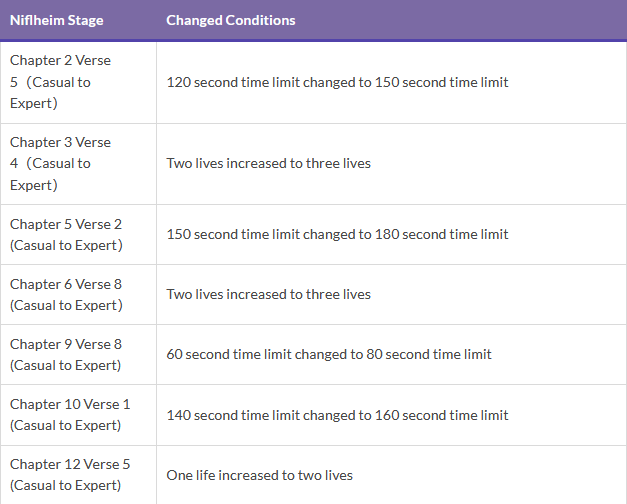 • Conditions for obtaining the “Tricolored Keys” needed to unseal the “Old Picture Book” have been made easier.

• Even if the player already has access to the Gates of Hell, or has already obtained one or two keys, they will automatically obtain the remaining keys when going to the chapter select screen after applying the update.

• Adjustments have been made to the Golem Treasure Chests found in stages.

• Adjustments have been made to reduce situations with poor camera visibility.

• Fixed a bug in Verse 5 of Chapter 7 that prevented progress when certain actions were performed while controlling Cheshire.

• Fixed a problem with the accessory “Hymn of Durga” in which its effect was not being applied to some attacks.

• Fixed an issue where using Alruna’s “Bondage Whip (P or K* long press)” skill in certain situations would cause the enemies to to die instantly.

• Fixed an issue where the weapons using “Crow Within” (J* long press)” with “Scarborough Fair” and “Love is Blue” would cause player to move forward significantly under certain conditions.

• Fixed an issue where Bayonetta’s animations would not play correctly when switching weapons immediately after using the “Crow Within (J* long press)” with the weapons “Scarborough Fair” and “Love is Blue”.

• Fixed a bug in which Viola’s Assault Slave was able to summon Infernal Demons in “Infernal Demon-prohibited areas”.

• Fixed an error in the hand symbol seen in Cutie J’s transformation sequence viewable in Side Chapter.

• Fixed other issues to make the game more enjoyable to play.