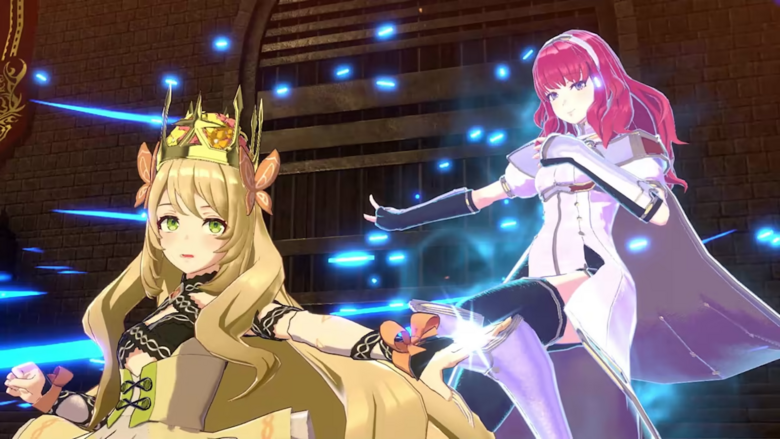 Fire Emblem as a series has a reputation for being on the difficult side, especially if you’re playing with the higher difficulty options turned on. The newest entry, Fire Emblem Engage, includes the brand new ‘Emblems’ feature, which allows you to imbue your characters with the spirits of other famous Fire Emblem heroes. As a result, those characters will gain increased stats and abilities.

In an interview with Nintendo, various Fire Emblem Engage developers discuss how they managed to keep the game challenging, while still making sure players felt more powerful when utilizing the Emblem system.

The battle system for Fire Emblem is like a chess game where it’s built on sophisticated tactics. You have to think a lot, like, “First you move this while attacking this guy with this character…” and so on. And then to add a huge strategic element on top of this, like the Engage feature, must be quite a challenge from a systems perspective.

Tei: Ishii-san and the stage design team worked together and managed to complete the feature, finding the thin line that allowed the feature to work without the tactic breaking. At this point, we then had Mario Club test the game, but even those who have experience with the series said, “It’s not as easy as we thought!” (Laughs)

Not as easy as they thought?

Tei: Of course, the Engage feature is very powerful, but as is the nature of strategy games, if you use it without thinking ahead, there’s a chance it could backfire. Like moving ahead on your own and ending up getting surrounded by enemies. In Normal mode, which is less difficult, you can use the Engage feature to bulldoze through the game up to a certain point. If you play in the more difficult Maddening mode, you must use it wisely. We designed it to be more approachable, but at the same time, satisfying for those familiar with the Fire Emblem series.

Yokota: I think the Emblems Sigurd and Celica are real game-changers in terms of mobility. This also added the fun of thinking up new tactics.

It sounds like the developers managed to strike a balance where the Emblem system is a powerful tool, but needs to be wielded wisely in order for it to be truly effective. (Unless you’re playing on a lower difficulty, then it might just be a powerful tool.)

Click here to read the full interview for more insight into the Emblem system, as well as how it relates to character bonds and in-game conversations. Fire Emblem Engage releases tomorrow, January 20th, so you’ll get to experience it for yourself very soon!