Looks like the robots still need us after all! 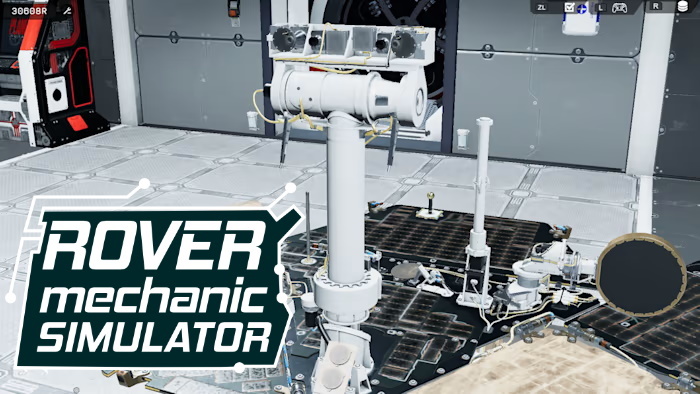 Sometimes it’s nice to kick back with a game that isn’t trying to rush you, while also still being stimulating and engaging. The kind of game that lets you go at your own pace, yet offers depth and detail, and encourages you to dive into it in a variety of ways. If that’s your kind of game, look no further than Pyramid Games’ Rover Mechanic Simulator.

Instead of pushing you to reach a high score or expecting you to tackle grand challenges, Rover Mechanic Simulator takes its time and focuses on the little things. Not only is it very relaxing to play, but I also found the content fascinating as someone with an eye for detail, a love for space exploration, and an interest in technology. 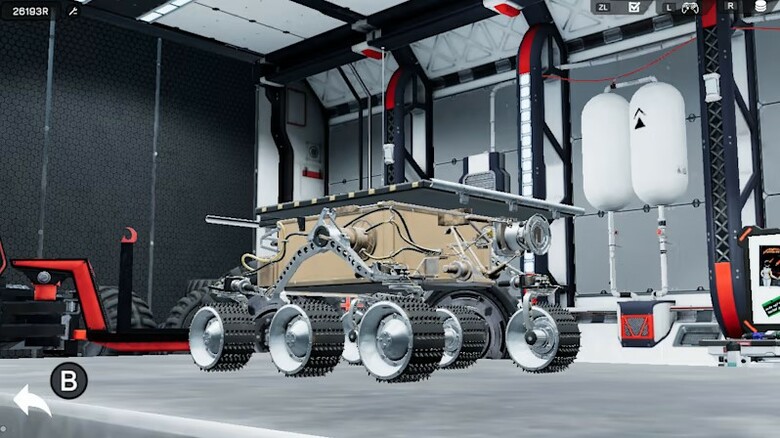 We start off simple enough: Sojourner needs a wheel replaced.

Rover Mechanic Simulator is exactly what it sounds like: a simulation game in which you are tasked with repairing Martian rovers. The gameplay itself is simple to execute, but it offers a surprising amount of depth. In the game, you’ll start by accepting a job from the list of offers, working to earn resources to complete future jobs faster and more efficiently. You’re given a description of each repair job, including some ideas as to what the problem is.

You’ll work on various rovers that need repair, from 2011’s Curiosity rover to 2020’s Ingenuity helicopter and several more, for a total of 5 complex machines to work on through many varied jobs. This is set to grow in the future, as the developers plan for even more content going forward. You’ll have plenty to do in the meantime, though. Not only does Rover Mechanic Simulator offer in-depth mechanics, but along the way, you’ll learn not only about the capabilities of each rover and what their individual parts actually do. 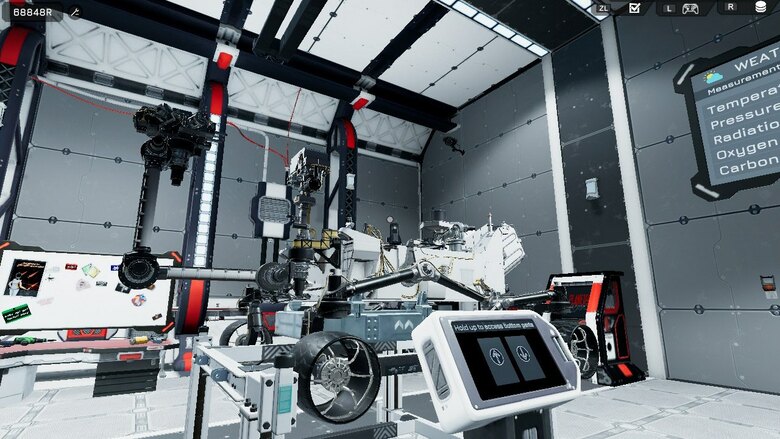 The massive Curiosity rover, in all its mechanical glory. Unlocked as you progress.

You’ll start by moving the rover from the shipment vehicle to your workstation via an overhead crane, and that’s when the real work begins. By scanning individual parts of the rover, you can sniff out where the problem lies. Whether it’s a damaged solar panel, a banged-up wheel bearing, or a scratched camera lens, your next job is to disassemble.

You might need to take multiple steps to get to whatever part you need to work on, which means removing screws, latches, and clasps by simply holding the Y button. Then, depending on the part, you may need to clean it, break it down into smaller components, solder new electrical components, or 3D print a new part entirely. Then you reassemble everything and send the rover back off to work. It’s not exactly a hard process, but there’s a surprising amount of detail to take into account. Many pieces can be broken down into their core components, meaning you can replace even the smallest electrical pieces in many parts in order to save funds and time. It’s an interesting balancing act. 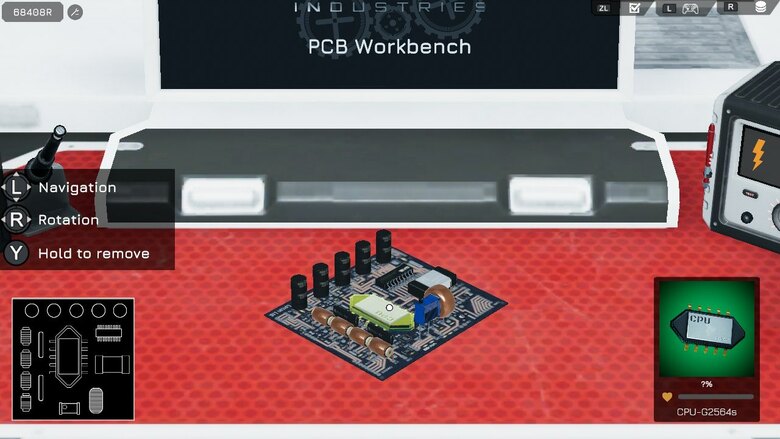 A printed circuit board, ready to be inspected, desoldered, and repaired.

I found the gameplay to be actually somewhat relaxing, and that surprised me. Working with such complex equipment seems like it would be stressful in reality, but the game makes it digestible and easy to work with while also getting you to think through the whole process. Simulation games often depend on attention to small details to be engaging, and this game follows that same trend while also letting players learn about the process and parts.

Each element you look at has information telling you what that piece does for the specific rover. This information is optional to read, but I enjoyed taking the time to learn. For instance, I learned that the Spirit rover has a set of magnets used to collect Martian space dust. The informative nature of Rover Mechanic Simulator, paired with the mellow simulation gameplay, made for a game that I ended up really enjoying and one that I’ve continued to play in my free time. 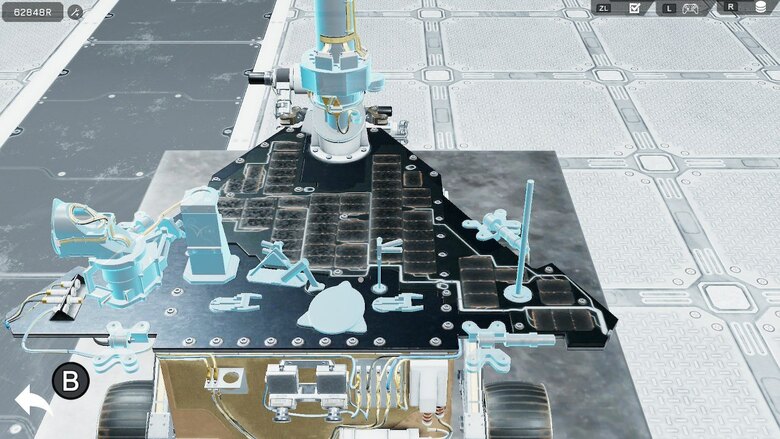 The blue highlighted parts have been removed, in order to gain access to the solar panel below.

To me, learning about the rovers and their components was the best part of the experience. Being able to take apart these extremely complex machines down to their basic components gave me an even greater respect for the work that goes into them. I’ve always had an interest in the kind of technology that’s showcased in Rover Mechanic Simulator, but being able to dive into the intricacies of it offered me a whole new level of appreciation. Again, the game doesn’t rush you, which makes the gameplay very chill and even somewhat zen at times. Overall, every aspect of Rover Mechanic Simulator adds up to create a very enjoyable time that I will definitely keep going back to.