Version 1.19 brings with it a variety of bug fixes 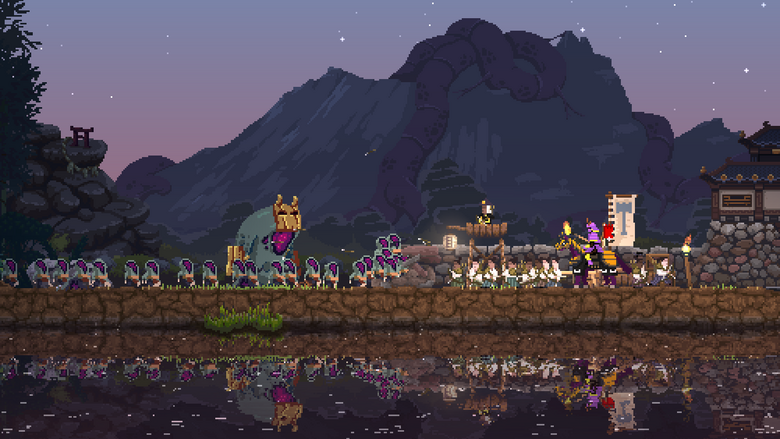 Patched up the money purse. Coins should no longer drop randomly without the ruler’s consent.

Fixed an issue that would sometimes prevent the player from sailing away to another island. The issue seems to have been related to the refresh rate of the player’s monitor. Please let us know if the problem still occurs by sending a report to our support portal!

Archers in the Norse Lands setting should now have enough courage to actually board the boat when the ruler rings the bell, instead of idling by the dock.

Removed some sweet tunes so that only one music track, rather than two, is playing over the credits after the player has destroyed the final Greed cave in the campaign.

Fixed an issue that would sometimes cause the game to crash and display a Unity error on boot.

The achievements “On the Ninth Day” and “I am an Equestrian” should now trigger correctly.

Fixed several mechanics and visual issues for the Crusher Greed.

Fixed an issue that would force the game to boot in 5x zoom after the first load, regardless of previous settings.

Fixed a visual issue that would sometimes cause the armor to turn invisible on armored Big Greed.

Fixed an issue that would cause Big Greed to follow a ruler transformed by Loki or Gebel’s ability.

Fixed a visual issue that would cause Greed copied by Loki’s ability to highlight incorrectly when it suffers damage.

Fixed a visual issue in the Shogun setting that would cause the Warhorse mount to display the wrong skin when using the Inspire ability.

Fixed an issue that would sometimes cause the Norse Lands item shrine to cycle to a different item while the ruler was making a payment.

Fixed a rare issue that prevented players from earning ranks in Challenge Islands.

Fixed the positions of layers and backgrounds for several structures in the game.

Fixed an error in the Korean localization.

Your ruler will now wear the cursed crown in all campaign settings after earning it in all single-player Challenge Islands.

The Sleipnir mount will now show the correct running animation in the forest.

Units who are called to the walls by the Horn will now stand closer to the action.

Kingdom Two Crowns, along with its Norse Lands DLC, is available now on the eShop.