Over two decades of friendship and bells 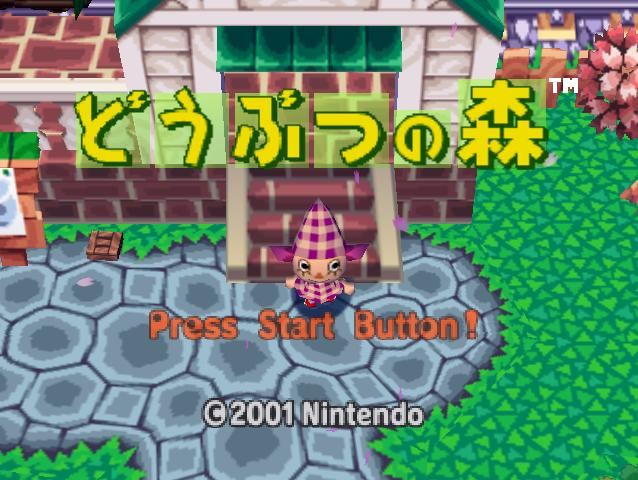 The breakout success of New Horizons makes it easy to forget just how small Animal Crossing was at one point. The franchise’s unassuming debut in Japan was 21 years ago today, which makes this the perfect occasion to look back at Dōbutsu no Mori - the birth of everyone’s favorite communication game. 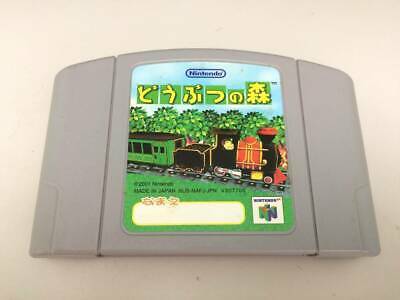 Dōbutsu no Mori originally began development for the Nintendo 64 DD, a magnetic floppy disk drive for the Nintendo 64. While the peripheral never made it out of Japan and was considered a commercial failure, the game itself shifted development to the base N64 as a cartridge game, and it saw release on April 14th, 2001. 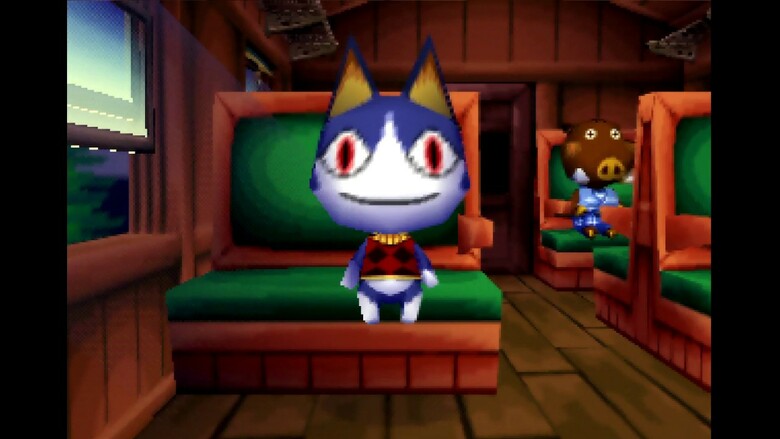 The game, translated as Animal Forest, plopped the player into a land where they are the only human character among a town full of walking, talking animals. Described as a social simulator akin to The Sims, Dōbutsu no Mori’s main objectives are to befriend the animals, work, and earn money to pay off your loans (which is handled through a particularly demanding Tanuki some compare to a loan shark!). The cast of core animals in your town ranged from a moody pelican who worked the late shift at the post office, a fashion-centric giraffe with no qualms about judging your choices in style, an angry gopher that caused a ruckus if you didn’t save properly, and plenty of others. 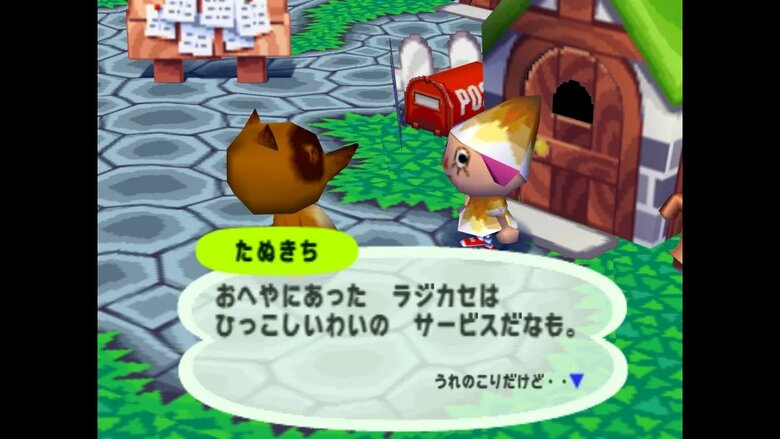 In addition to building out your house and working for the local shopkeep (Tom Nook), you could watch morning exercises near the front of town; a feature brought back in the 2.0 update of New Horizons as a bit of fan service. A humble dog will come and perform a song with only his stool, guitar, and pride; no cafe or special fanfare for him here! You could also spend some time catching bugs and fish to make a quick buck (Bell), but don’t expect to have Blathers give them a once-over, as there’s no museum in Dōbutsu no Mori. Fossils are still present, but you have to mail them off for examination and wait days to get a response. 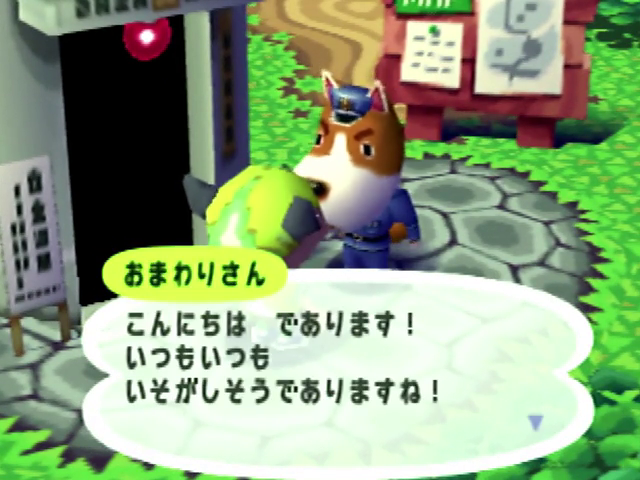 My, my. Here come the fuzz.

Because the 64DD had a time-keeping method, Dōbutsu no Mori was designed to be a real-time game, meaning it was one of the first of its kind in which the actual time of day would affect gameplay. If it was 7am in real life, the sun would be rising in your town. Conversely, if it was 10pm, you could witness shooting stars and constellations in your town’s night sky. The date would also come into play, as major holidays would change the scenery with elements like snow in the winter and cherry blossoms in the Spring. There would even be special characters to celebrate events with you. With the game moving away from the 64DD, Nintendo had to come up with a different solution. For this reason, Dōbutsu no Mori is the only N64 cartridge to have a battery-powered clock, which allowed it to retain all of these gameplay features.

How it all started...

The unique nature of Dōbutsu no Mori certainly piqued interest, but one element created more buzz than any other. In the game, players could find or buy items that allowed them to play original Famicom/NES games in full screen. Games such as Donkey Kong, Balloon Fight and Pinball were among the first selections, and later variations of the game would add even more titles. You have to wonder if this feature was included as a way to gauge interest in re-releasing classic games, as Nintendo found great success with this very idea years later.

Even with how wholesome the series is considered today, Dōbutsu no Mori was not without controversy. Some of the villager dialogue was seen as borderline offensive, with the Resetti character coming off so harsh in his admonishments that kids cried, leading to complaints from parents. Some issues of gender also made waves, as Gracie, the aforementioned fashion giraffe, is a male in the Japanese and South Korean versions, but was changed to female for the American localization. 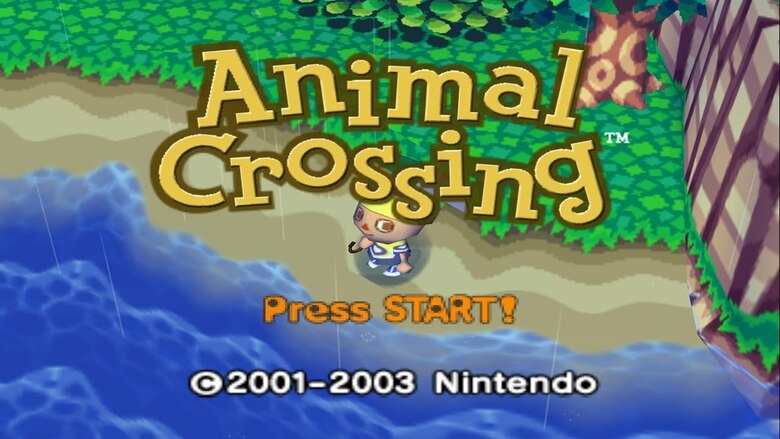 Dōbutsu no Mori would eventually be ported to the Nintendo GameCube in Japan in 2001, and then finally make its big North American debut as Animal Crossing in the Fall of 2002. While marketed as a new franchise to American audiences, its N64 roots were very evident to players in terms of graphical presentation.

This GameCube adaptation would introduce characters and buildings that would become mainstays in the series, such as Blathers and his Museum and the Able Sisters and their clothing design shop. Some animals underwent minor changes, with Tom Nook shedding his Tanuki origins in exchange for raccoon roots. Multiplayer options were also introduced, which required you to save your town to a memory card to take it to a friend’s console. Connecting a Game Boy Advance would give you access to a vacation island where even more goodies and mini-games could be found. Finally, more NES games would be added for the player to enjoy. Oddly enough, Super Mario Bros. and The Legend of Zelda would never be distributed, and were only accessible via cheating methods. 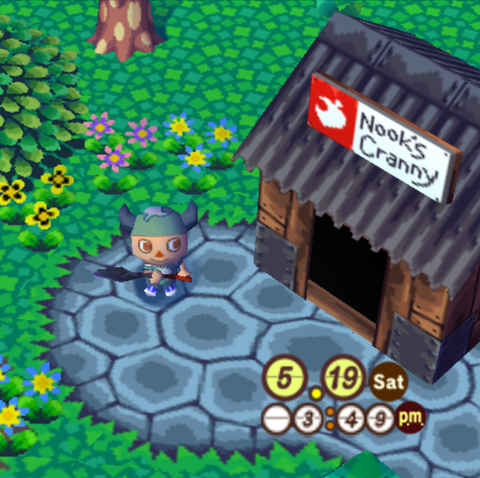 Animal Crossing’s English release led to Dōbutsu no Mori e+, an enhanced Japanese version of the game that launched in 2003. As Nintendo was quite impressed with the additions the American Animal Crossing localization team made, many of these elements were included in Dōbutsu no Mori e+ for Japanese audiences to enjoy. This only helped the series get an even bigger following in Japan, which helped pave the way for all sorts of merch and side content, and eventually, the Dōbutsu no Mori animated film.

Dōbutsu no Mori is a game that grew its reputation off of its uniqueness. It promoted building friendship along with the responsibility of working and earning a living, all under the candy coating of an endearing, kid-friendly presentation. This distinct feeling and undeniable appeal helped the Animal Crossing franchise grow into one of Nintendo’s most successful of all-time. While the mechanics and features of the original Dōbutsu no Mori might seem basic by today’s standards, it’s those humble beginnings that helped foster Animal Crossing fans in the first place. 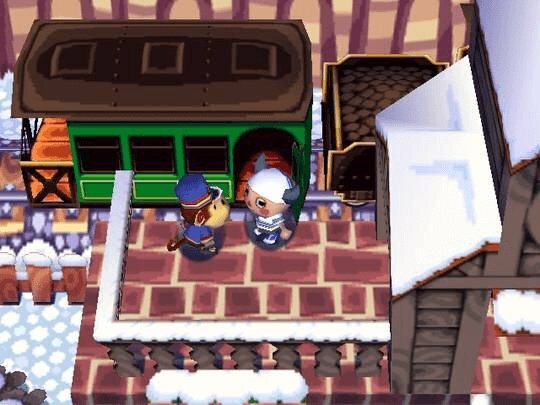 The original catchphrase of Animal Crossing was “Population: Growing!,” and the charm of Dōbutsu no Mori certainly laid the groundwork for a fan base that continues to expand today. From the moment players stepped off that train and into a brave new world, a love affair began, and it’s a thriving relationship over 20 years later.