How Pokémon Shook Up The Pinball Table

New Pokémon idea: Mewtwo with flipper hands. Think it over. 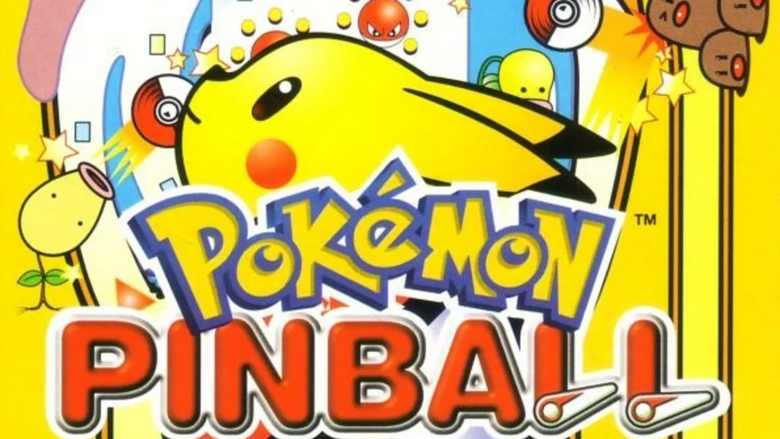 It’s not an exact science, but ideally spin-offs should aim to include both the appeal of the original subject matter as well as whatever that brand is being spun off into. A careful balance of the balls at play propels a spin-off to greater heights than simply slapping a brand name on something and calling it a day. Pokémon Pinball nails that particular trick shot. It has always stood out to me as a particularly brilliant spin-off, and much of its appeal lies in how well Pokémon and pinball bounce off each other.

Pokémon and pinball share a common philosophy: they lay out a distant objective and then let the players push themselves as far as they’re willing to go. Ultimately, both games are about smacking things with balls in order to be the best; whether that’s becoming a Pinball Wizard or a Pokémon Master. Yet, even if someone doesn’t get the high score or complete the Pokédex, they can still have fun simply interacting with the game. Just hitting a ball around with flippers is fun. Just catching some Pokémon is fun. Since the game styles complement each other, that makes it easy for them to build on each other.

Obviously, this is a pinball game first and foremost, so this isn’t exactly an equal partnership. Rather than looking at it from the perspective of what pinball brings to Pokémon, it may be better to discuss what Pokémon adds to pinball. Primarily, it’s one thing: the ability – no, the duty, to catch them all.

Sure, Pokémon also brings in some unique aesthetics, too. The colorful designs and iconic soundtrack add some charm that might not be there otherwise. There’s no denying how sick it is to hear a Gameboy rendition of Mezase Pokémon Master. If we’re getting down to the nitty-gritty of how Pokémon affects pinball on a functional level, however, it boils down to the addition of catching Pokémon.

Catching Pokémon provides players with an unconventional way to learn the game and track their progress. Typically, pinball games rely on score as the primary measurement of player investment. There are certainly tons of interesting and exciting ways that playing for score can affect how you play pinball, but I would hazard a guess that for most people, getting a high score doesn’t factor into much of their enjoyment. For much of the pinball-playing audience, it’s more likely they play pinball simply for the act of playing pinball – as a casual way to have fun. 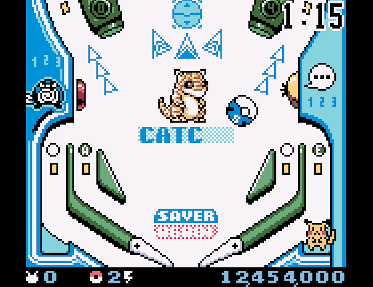 Well screw that. Pokémon must be caught, so it’s time to get serious. Or at least relatively more serious than you might be playing pinball otherwise. Knowing that there are collectible creatures on the line recontextualizes the typical game of pinball. Whereas before you might just be bumping things so that a number goes up, now you’re navigating the pinball board as efficiently as you can to reach your next potential creature. This change in focus strikes an interesting balance that raises a player’s motivation slightly above just playing for the sake of it, while also keeping the experience below the more hardcore threshold playing for score implies.

Many pinball games have a multitude of lanes and hard to reach areas that incentivize precision in your shots, and while Pokémon Pinball is not exactly an exception, it simplifies the process in a way that’s easy to approach. Both available boards contain straightforward layouts, and getting a Pokémon to appear only requires a few steps. A few loops here, and some friendly visits to Bellsprout’s mouth there, and you’ll have your chance at another Pokémon.

In a way, you can almost think of Pokémon Pinball as a teacher. The process of summoning a Pokémon tests key skills you need to be successful at any pinball game – recognizing how the ball moves, how to manipulate it, and how to aim your shots with the flippers. Since the process of activating a Pokémon catch remains the same throughout the entire run, playing Pokémon Pinball for any amount of time will drill those basics into you.

Retaining Pokémon ties this learning experience together by providing a cushion of progress you don’t typically see in other pinball games. Every creature you capture stays in your Pokédex, so even if you lose all your balls early and get a game over, catching just one Pokémon still feels like you accomplished something. This isn’t an RPG, of course; at the end of the day you’re playing pinball. You’re not getting any new abilities or training EVs, IVs, or DVDs, so there’s technically no reason to actually care about what Pokémon you capture, yet it remains compelling anyway. Simply knowing that a record exists to be filled out adapts the collecting appeal of the mainline games in a way that’s both simple and unobtrusive to the core of pinball.

In normal Pokémon games, the journey throughout the region forms the backbone of the experience, and that’s a hard element to transfer when you’re limited to a single pinball board for a session. Rather than physically altering the board, however, many pinball games still structure themselves around the idea of “stages” even if there isn’t a dramatic change to the playing field. If you activate different triggers around the board, you move to the next stage. Pokémon Pinball bases its own progression on this system, letting you “go” to all of the classic Kanto locations from Pallet Town to the Indigo League.

This compromise works because it simulates the core appeal of going to new places in Pokémon: finding new Pokémon. While the physical layout of the board does not change, the Pokémon available to catch do. The more Pokémon you catch, the further you can travel into Kanto, replicating the sense that you’re on an adventure even under the very limited scope of a pinball environment. Some imagination assembly is required, I guess. 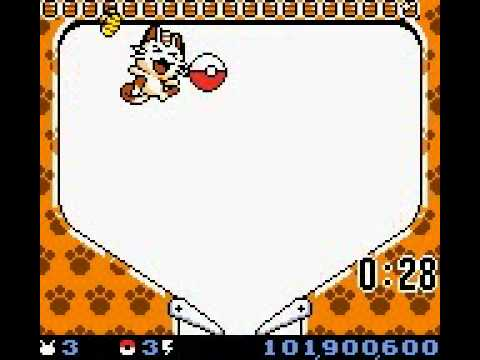 Pokémon Pinball also taps into your imagination through the element of surprise in Pokémon encounters. I will die (or at least black out and lose half my Pokédollars) on this hill, but I genuinely believe random encounters are important to the excitement of Pokémon hunting. The small surprise of getting a battle and anticipation of finding out what Pokémon will show up can’t be matched by seeing everything out in the open.

The Pokémon Pinball catching process recognizes the value of this surprise and translates it by initially hiding the Pokémon you encounter behind a silhouette. The first phase of catching always involves bonking into parts of the field to slowly chip away at the shadowy figure until you reveal its true identity.

The game even incorporates Pokémon battles into the experience. Well, kinda. I always thought of them as being like battles, at any rate. In bonus stages, a bigger Pokémon will appear and you have to hit enough times within the time limit to win. There’s something cathartic about knocking Meowth around and stealing his lunch money. Not that I have any particular vendetta against cats. I just feel like they shouldn’t be making more money than me.

I appreciate the creative ways the developers interpreted all of these different aspects of the Pokémon experience into pinball. These elements demonstrate that the developers thought about this game as a true fusion between Pokémon and pinball, and wanted to bring over as many elements as they could, whether they were big or small.

A lot of care went into ensuring the Pokémon and pinball elements supported each other, making Pokémon Pinball a quintessential example of how to do a spin-off. At its core, it provides a straightforward pinball experience, yet the Pokémon flourishes elevate it beyond the norm. The overall touches are small, but just like how one might shake a pinball machine to ensure the ball moves at just the right angle, the Pokémon elements shook up the pinball formula in just the right way to make it uniquely compelling and earn some nice bonus points.