I can’t wait to dive back into Allraan 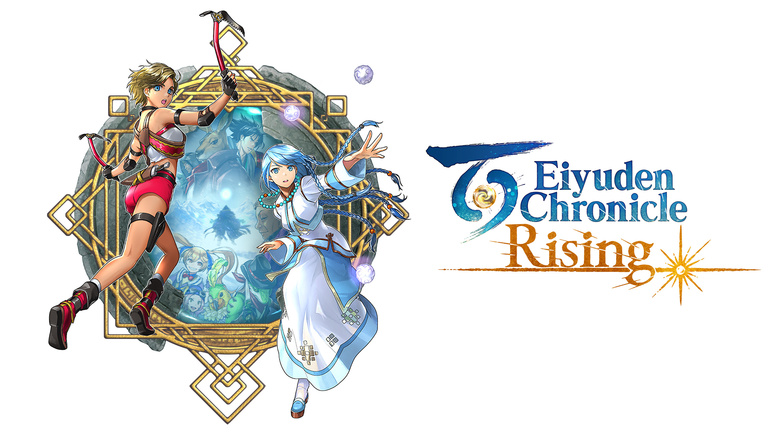 In recent years, we’ve seen many developers turn to crowdfunding in an attempt to spiritually revive fan-favorite franchises. Projects like the Mega Man-inspired Mighty No. 9, the Castlevania-inspired Bloodstained: Ritual of the Night and the Banjo-Kazooie-inspired Yooka-Laylee all saw developers from their franchise of origin create sequels in everything but name. The upcoming Eiyuden Chronicle: Hundred Heroes follows in step, as it could be considered a spiritual successor to Konami’s classic JRPG franchise, Suikoden.

Unsurprisingly, the crowdfunding campaign was a massive success, which led to a wide array of stretch goals being hit, including one that promised the release of a companion game. Now, that companion game has finally been released in the form of Eiyuden Chronicle: Rising, a side-scrolling action RPG set in the same world as Hundred Heroes. 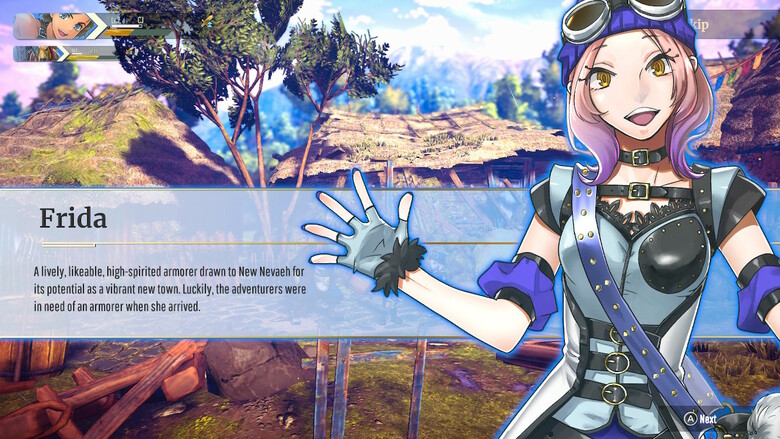 In Eiyuden Chronicle: Rising, you play as CJ, an adventurer from a long line of scavengers who, as per family tradition, has set off in search of a treasure more valuable than that which her father found before her. CJ’s search brings her to New Nevaeh, a town built on the mysterious Runebarrows. As she ventures further into the caves below, CJ makes friends, helps with the development of New Nevaeh, and uncovers the mysteries that lie at the town’s heart.

When I first took control of CJ, I was pretty worried. Compared to other similar action RPGs like Vanillaware’s classic Wii title, Muramasa: The Demon Blade, this game felt incredibly clunky. Movement was less responsive, hits had less impact, combos were extremely limited and there was notable input delay.

Luckily, as I progressed through the story and combat evolved, it became a lot more palatable. If you’re looking for a tight, responsive 2D action game, look somewhere else. Instead, this game is more focused on challenging you to collect resources to evolve your combat abilities rather than challenging you to utilize fast reflexes and quick thinking in dangerous fights.

The main gimmick that sets this game’s combat apart from that of other action RPGs is having you control 3 characters at once. I went into this title expecting each character to simply offer a different attack, as each of the 3 party members are mapped to a unique button. I imagined it would still largely play like you were controlling a single character with 3 weapons. That is very much not the case. Switching between the characters has a noteworthy delay unless you time your button press just right, and each character has a different traversal ability and handling. This opens up lots of room for experimentation and growth. Figuring out how to chain together attacks, or which character is the best to get through your current dungeon, is a lot of fun. It keeps things fresh, and it does a lot to make up for the game not feeling as responsive as it could be.

In addition to fighting enemies, a big part of Eiyuden Chronicle: Rising involves exploring dungeons to collect resources. You quickly fall into the loop of venturing through a dungeon, fighting off enemies, collecting resources, going back to town, spending some of your resources to expand that town, spending the remaining resources upgrading your gear and abilities and then delving back into the Runebarrows, able to venture further than before with your new skills. It’s an addictive loop, and the resource distribution is very well balanced. I always returned from an expedition with enough new materials to make something exciting.

I do have to say, though, I found the town-building elements fairly underwhelming. For the first chunk of the game, you’re regularly unlocking new stores and fixing up landmarks. This lets you see that your contributions lead to very tangible upgrades. Unfortunately, pretty quickly after, all the town-building amounts to nothing more than minuscule stock updates at each store. For example, you get a house, but you never get to upgrade it. You also get to fix up a farm, but you never get to farm on it. This just seems like a lot of wasted potential. 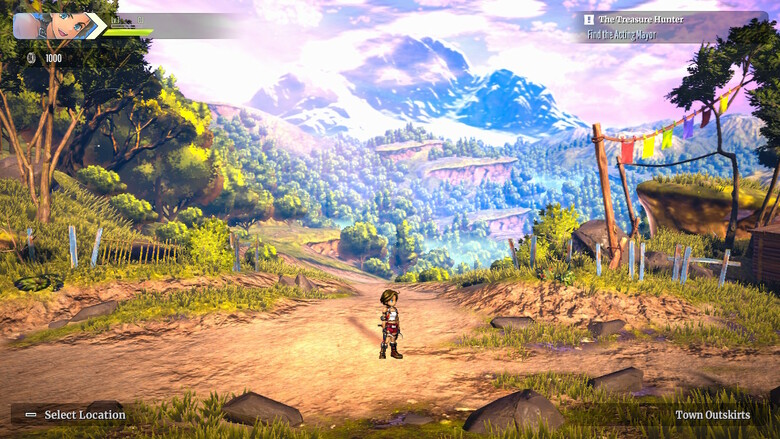 The game may not look as great as the upcoming Hundred Heroes, but its aesthetic is still pretty pleasant

The story here is mostly low-stakes and light-hearted, though it’s charming enough. I enjoyed seeing how the relationships between CJ and the 2 other party members, Garoo and Isha, evolved throughout, as there were some interesting twists, especially near the end. It’s a shame that a lot of conflicts are never resolved, though. I’m excited to see how things wrap up in Hundred Heroes next year, but I would’ve preferred to see those resolutions here. The end of the game is especially awkward, and, without spoiling things, I was shocked there wasn’t more when the credits first scrolled.

While the town-building mechanics are underwhelming, it’s worth nothing that Eiyuden Chronicle: Rising goes out of its way to make New Nevaeh feel alive. In doing all of the side-quests necessary to fill out your stamp card, something the game uses to track your progress and reward you for helping New Nevaeh’s many citizens, I came to appreciate the many NPC relationships woven throughout. This approach tells the history of New Nevaeh in a natural, organic way that’s a real joy to take in.

That said, the game may have gone a little overboard with the side-quests. Eiyuden Chronicle: Rising is pretty short, and you could reasonably finish it in roughly 10 hours, as there’s just one town. The thing is, there are over 100 side-quests to tackle, but sadly, most of them are fetch quests. Some of them are mostly reasonable, with villagers tasking you to collect resources from dungeons so they can expand their services. Others are a little more ridiculous, often sending you on wild goose chases throughout the town. The majority of side-quests here feel like filler, but they’re necessary to grow your combat abilities, and they do help you appreciate the thought that went into New Nevaeh. It’s just a shame that so much of it feels like busy work. 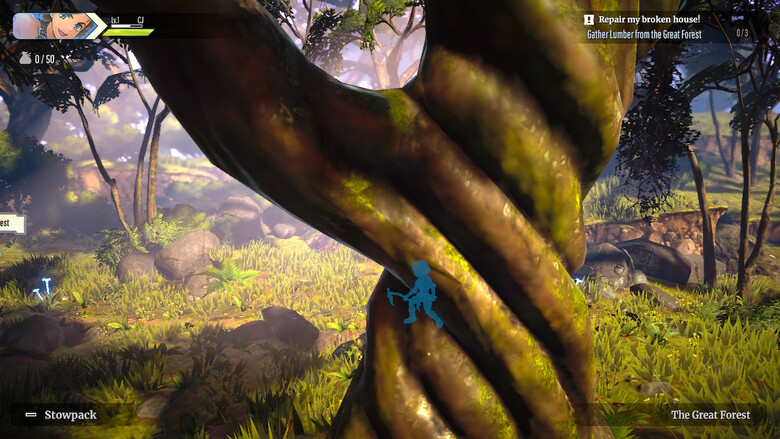 The models do their job well enough, but look too closely and you'll notice some odd textures

As far as presentation goes, Eiyuden Chronicle: Rising’s visuals are pretty good, and its soundtrack is decent. To be brutally honest, when compared to what we’ve seen of Hundred Heroes, Eiyuden Chronicle: Rising looks much worse. I will say that the sprites are nice (albeit with awkward animations), and the backgrounds are pretty, if lacking in detail. The game is always pleasant to look at, but it’s not really anything to write home about.

Going a bit more in-depth with the soundtrack, it isn’t bad by any means, but it’s pretty underwhelming. Even worse, there isn’t a lot of music to be found. I got tired of hearing the same themes so many times, and yet none of them stuck in my head. I wish there were more songs to listen to, and that at least some of them were memorable, if not catchy. What’s there is simply fine. It does mesh nicely with the gameplay, but I won’t be adding it to any playlist anytime soon.

If I have a major gripe with Eiyuden Chronicle: Rising, it’d have to be the game’s general lack of polish. Surprisingly, as far as performance goes, it runs great. I noticed no stuttering of any kind. But textures can be a bit rough, and there are some visual glitches that cropped up along the way. The quest tracker is the game’s worst offender, as it often displays information that is completely incorrect, and in one quest in particular, it didn’t display any valid information at all. I was only able to finish this quest through sheer luck, as I stumbled into a required item by accident.

Eiyuden Chronicle: Rising could have used a bit more time in the oven, as there are some wonky parts, a lot of filler, and it doesn’t feel as responsive as it should. But, underneath all that, the game does have compelling characters, a charming art style, an enjoyable story, a well-realized fantasy town, and some fun combat with room for experimentation. Eiyuden Chronicle: Rising doesn’t overstay its welcome, and it left me even more excited to dive back into the land of Allraan when Eiyuden Chronicle: Hundred Heroes launches next year. For what amounts to a relatively cheap tie-in game, Eiyuden Chronicle: Rising is more than enough for me.