The developers of Nintendo Switch Sports detail its long development, including technical challenges and a total development restart 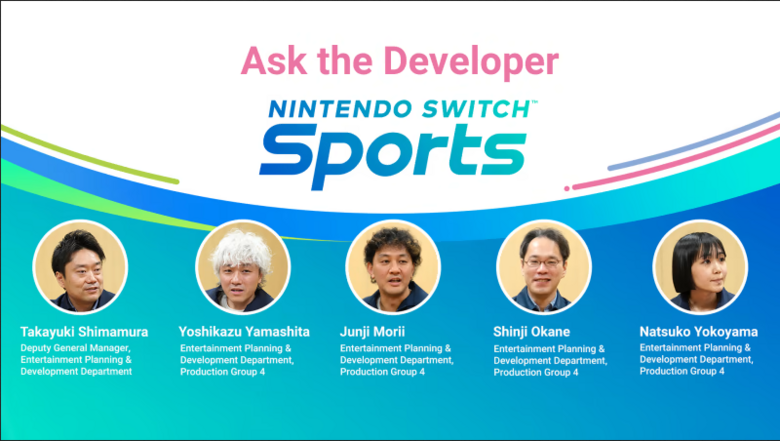 Nintendo has released another installment of their “Ask the Developer” series, this time dealing with Nintendo Switch Sports. This series has been ongoing and has included titles like Big Brain Academy: Brain vs Brain and Kirby and the Forgotten Land.

The article consists of an interview with some major players in the development team, where they detail their attempt to follow up on the success of the original Wii titles. The team details, for instance, how the game has been in development for quite a while at the request of Yoshiaki Koizumi, the general producer for the Nintendo Switch.

What caused the games’ lengthy development time? According to the developers, a complete development restart led to a longer period of work on the game. According to the team behind the game, even the motion controls of the game were once not included, and players would play without swinging the Joy-Con controller at all. Here’s what the interview has to say:

Without swinging the Joy-Con controller…? The plan was to develop a Nintendo Switch title in the Wii Sports series, right?

Yamashita: That’s right. We started off with Wii Sports but got so caught up in making it look new, the swinging motion controls became a secondary consideration, and other aspects of the game, like the game’s atmosphere, became a higher priority for us to put our efforts into. But we were working so hard at the time that we didn’t really question it. We were very conscious of creating something new no matter what… However, it didn’t go well in the end. We had lost our way and were on the verge of losing the charm of Wii Sports. And by the time we acknowledged we’d pursued the wrong direction, years had already passed.

Shimamura: The members who had a common experience of developing the Wii Sports game could quickly set priorities and say, “This is important. This can be developed later.” But new members could not understand why we were developing in such an order or why we were creating in such a way unless we verbalized it properly.

The differences between the Wii remote and the Joy-Con controller also presented a challenge for the developers, as they had to design and program the game for an entirely different style, size, and weight of controller.

They spent a good amount of time getting the feeling of the game right. Some movements in certain sports like volleyball are “inauthentic” in order to work better with a controller, and to be more intuitive for untrained players. These weren’t easy changes, as some developers were actually players of the sports they worked on. However, even the experienced players seemed to be naturally playing the game in this inauthentic way, according to the team:

Yamashita: Take volleyball, for example. In real volleyball, you don’t move your arms and wrists when bumping. Once in the bumping position, the player keeps the hands in a fixed position and returns the ball, using the knees to push through. This is the official way of bumping in volleyball.

But if you’ve never played volleyball before, you’d think they were launching the ball in the air by swinging their hands and arms up, wouldn’t you? However, the programmer in charge of developing Volleyball was an experienced volleyball player. So, the programmer had the “official bump” move required in the game as well. When we tried the prototype with everyone, as expected, everyone swung up their hands holding the Joy-Con to bump the ball. Strangely enough, even those with volleyball experience did the same move.

Further, the development team used “deep learning”, a technology new to them, in order to statistically analyze play in order to make the game feel smooth and intuitive. These changes required lots of testing in order to train their systems to react as intended.

Actually testing the game was no easy feat for the developers either, as they had to repeatedly swing the controller in order to test adjustments.

Overall, various aspects came together to make Nintendo Switch Sports a complicated title to develop for. In the end, though, the team felt as though they had created a fitting entry in the series.

To read more about the development of Nintendo Switch Sports, check out the full interview here!
[Nintendo]