The latest dev diary comes with many interesting updates 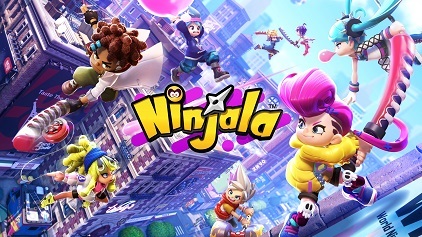 GungHo Online Entertainment, the developers of free-to-play Switch action game Ninjala, have released a new “Dev Diary” that shares some important updates regarding the game’s future. You can check out the full video below:

Batten the hatches, because this season, Ninjala is sailing the high seas with a pirate theme! Players can fight for glory and search for hidden treasure, including the new Shinobi Card “Berserker”. Activating this card will give max S-energy for KO’s while reducing Drone damage. Test out the card in the new Featured Battle mode, “Man to Man Brawl!” Challenge your fighting skills in a 1v1 match, where the first player to get three points wins. Come out victorious from this seafaring duel or be ready to walk the plank!

Second anniversary gifts: Players that log in between June 16 and 30 will receive free login bonuses, including 500 Jala, a Ninjala Pass Mini, and 30% off at the Shinobi Shop.

New Ninja Gum Lab features: “Alter Special” is a new feature on all weapons that can be unlocked through Ninja-Gum Research. This swaps out attacks, like trading the dash attack with the IPPON Katana for a ranged attack. Players can also gain extra favorite slots for outfits and equipment through the lab.

Voice chat: Talk to party members and friends as you battle it out. You can also toggle voice chat in room battles.

WNA Resort Grand Opening: The WNA Resort is officially open! Throw Bronze Medals into the fountain at the WNA Resort for Assist Codes and Ninja-Gum. Get increased XP for every medal you throw in and earn a chance to see the “Gumchi of the Fountain” come out during a lucky animation.

Gumchi Lottery: When you spend money at the Shinobi Shop, you’ll be entered into a free raffle for Research Points!