REVIEW: Card Shark is an ace in the hole 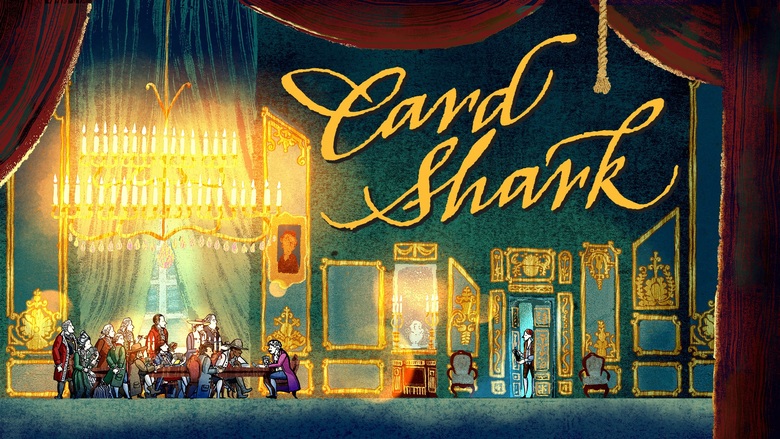 Digital card games like Slay the Spire and Hearthstone are more popular now than ever, but how many of those games give you the option to cheat and steal from your opponents? Sadly, the answer is none of them. That’s why Devolver Digital has kindly stepped in to produce Card Shark, a card-based video game for the more dishonest among us. If you’ve ever dreamed of playing your way to the top, and swindling every opponent along the way, then this is the game for you!

Card Shark revolves around classic card games as played with a traditional deck of 52 playing cards. However, almost no actual knowledge of those card games is necessary to play. In fact, it’s not even made clear what game is being played in Card Shark. Is it Poker? Gin Rummy? Old Maid? It’s ultimately not important, as the game never wastes your time with any significant aspects of the games themselves. Instead, Card Shark’s focus is on all the dirty little tricks you’ll learn to execute before, during, and after each round. 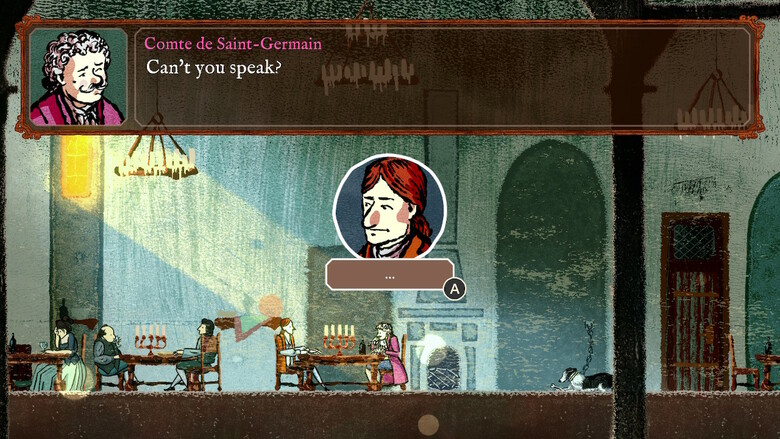 Card Shark takes place in 18th Century France, putting you in the role of a young orphan working at a tavern in the southern city of Pau. Your character is nameless and mute, as he was born without a tongue (finally, an in-game explanation for a video game protagonist’s silence!). One day, through a series of strange circumstances, you get swept up with the dishonest, but seemingly well intentioned Comte de Saint-Germain. Before long, the Comte becomes your mentor and partner, willing to teach you everything he knows about swindling card players.

The Comte, like several other characters in Card Shark, is based on an actual historical figure from the 1800s. While your own character and storyline are fictional, the setting the game takes place in is very much based in reality, lending a sense of real world stakes to the scripted drama. Before long, you’ll discover that there’s much more at play in Card Shark than simply parting fools from their money. You’ll assist the Comte as he attempts to uncover more about an incident referred to as the “Twelve Bottles of Milk”, which turns out to be more sinister and impactful than its eccentric name might imply. 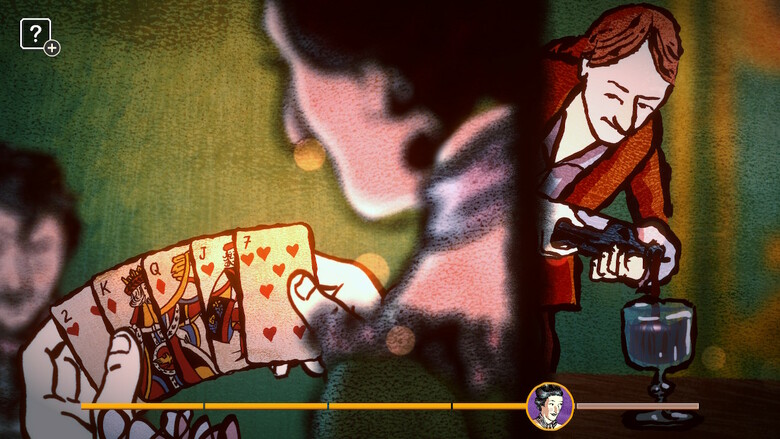 Aha! I KNEW there were cards in your hand!

The basic flow of the game is this: After selecting a location to travel to from a map of France, the Comte will teach you a new technique for cheating at cards. You’ll be given step by step instructions, along with the opportunity to practice this technique a few times before carrying it out in earnest. At first, these techniques are simple; sneak a glance at an opponent’s hand while pouring their wine, then secretly signal something about their cards to the Comte. Eventually you’ll have a plethora of tricks up your sleeve (literally and figuratively), from hiding and marking cards, to shuffling the deck while maintaining a fixed order. 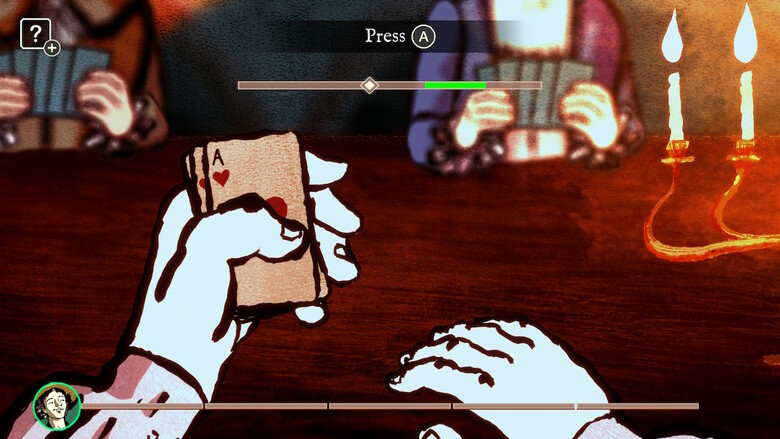 Again, no actual knowledge of card games is required to complete these techniques. The most you’ll be expected to understand is the names of the four suits, and what constitutes a high or low card. Each cheating method plays out like a self contained minigame, all of them dependent on memorization, reaction time, and pattern recognition. Typically, you’ll be tasked with locating a specific type of card or cards, then you’ll need to time a series of button presses or movements in order to get those cards where they need to go. If executed correctly, you’ll win some money and move on to the next round, progressing the story in the process. If you take too long or make it look sloppy, your opponent can become suspicious and end the game early. Executing these techniques properly can be immensely satisfying, and make you feel very accomplished for pulling the wool over the other players’ eyes.

While it’s possible to mess things up, there is no real fail state in Card Shark. Losing simply means regrouping, practicing some more, and going back to try again. At worst, you may need to play a few side games first to earn enough betting money, or perhaps spend a night in jail for being caught cheating. There is no Game Over screen. Instead, interstitial scenes present your losses as “canon” to the story. I found little touches like this highly effective at keeping me immersed in the fiction of the world. 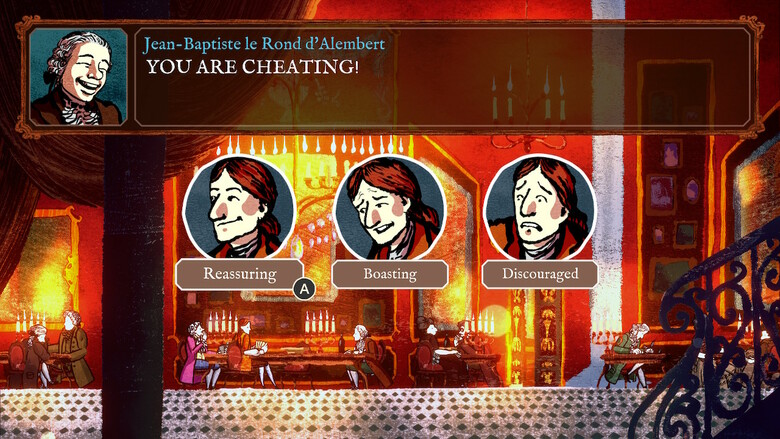 An expression is worth a thousand words.

That fiction is well worth experiencing, too. Much of it is humorous and playful, but players might be surprised at just how much suspense, violence, and political intrigue enters into the mix. Anchoring it all at the heart of the story is the relationship between the protagonist and the Comte de Saint-Germain, which is sort of akin to Charles Dickens’ Artful Dodger/Oliver Twist dynamic. The Comte’s mentorship is surprisingly affecting, and while your character expresses himself primarily through facial expressions, strong writing and well crafted setups and payoffs make him a better developed character than many other, more talkative video game heroes. 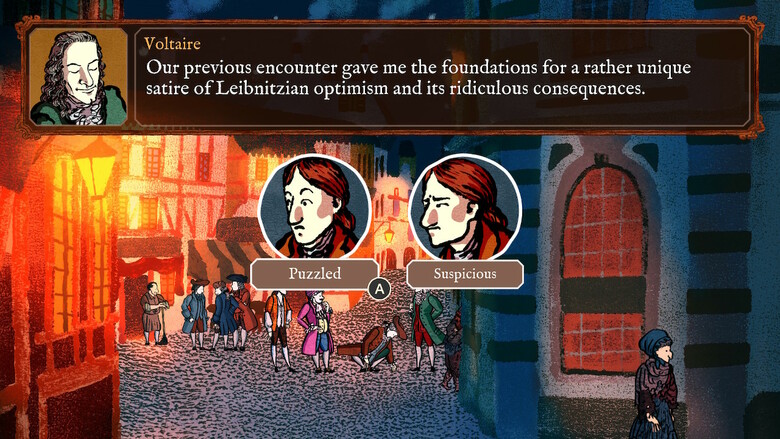 You ever notice that guys named Voltaire are always saying stuff like this?

While the protagonist doesn’t speak, plenty of other characters do. Card Shark’s dialogue is appropriately flowery, intentionally reminiscent of a classical French novel, but not too dense or boring (like some classical French novels can be). A great deal of the game is made up of character dialogue, and it’s clear that the writers took the time to get it right. The characters manage to come across exceedingly well through text, and the amount of required reading lends the game something of a sophisticated, literary atmosphere, which is a nice touch. That said, I did find myself wishing that the game featured voice acting. Being able to hear some of these larger than life characters’ voices would’ve done a lot to help the game come alive even further. As it is, the swelling orchestral score and beautiful, painterly art style do enough heavy lifting to make for an exceptional presentation. 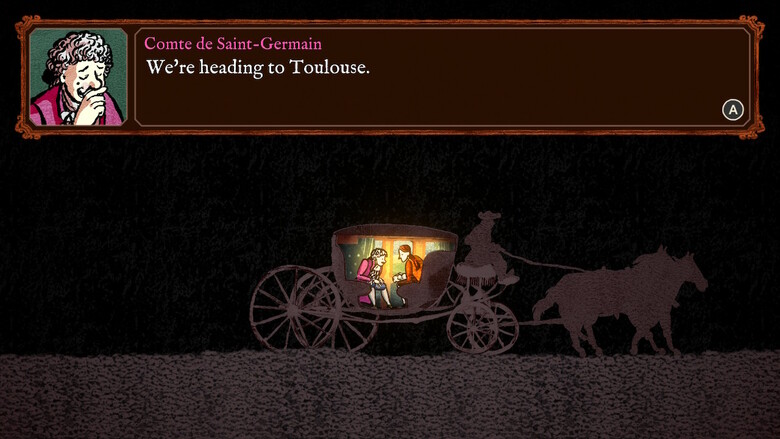 Thanks to the game’s style and atmosphere, learning each new card technique is an entertaining affair. These tutorials play out like training montages, masking what could be a laborious teaching session with cinematic flair. At its best, the game feels something like a heist movie, first establishing the goal, the mark, and the plan, then paying it all off in a climactic scene. Although the core gameplay loop of practicing and executing these techniques never really changes, the increased complexity as you progress does keep things interesting. There are also enough twists and turns in the plot, that you’ll want to continue playing simply to discover what happens next. 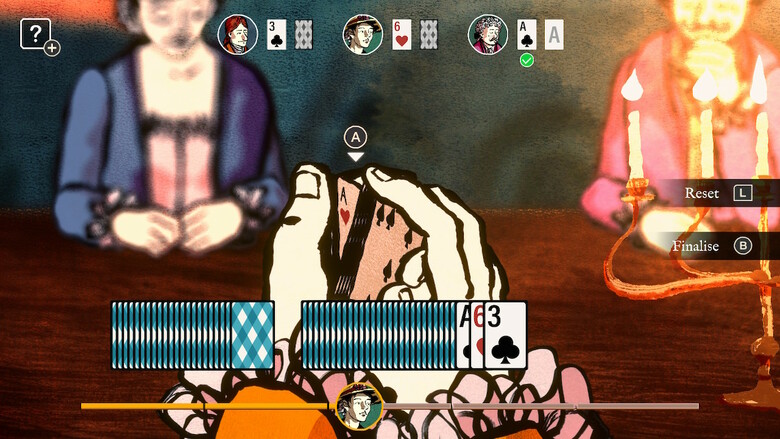 At certain points however, Card Shark does threaten to wear out its welcome. The more complicated the cheating techniques become, the more tedious it can be to learn them, even with the game’s ample charm carrying you along. Eventually you’ll grasp the basics of memorizing cards and manipulating them in secret, and while things certainly get more complex, they don’t always get more inventive. The specific steps may change, but the execution of those steps gets repetitive. This is especially true if you end up failing a section, or if you have difficulty learning a technique. Late in the game, I found myself struggling with one of the strategies which required a fair bit of deck manipulation and mental math. Having to repeat that section along with all the accompanying dialogue numerous times was exhausting.

If you really get stuck, there are difficulty options that will provide you with hints, or even allow you to skip ahead and get straight to the next story section. This is a nice option to have as a backup, but there were definitely a few instances in which I wished the game had just done a better job of teaching me. That said, developing individual tutorials for so many varied techniques can’t have been an easy task, and I think the end result is impressive all things considered. 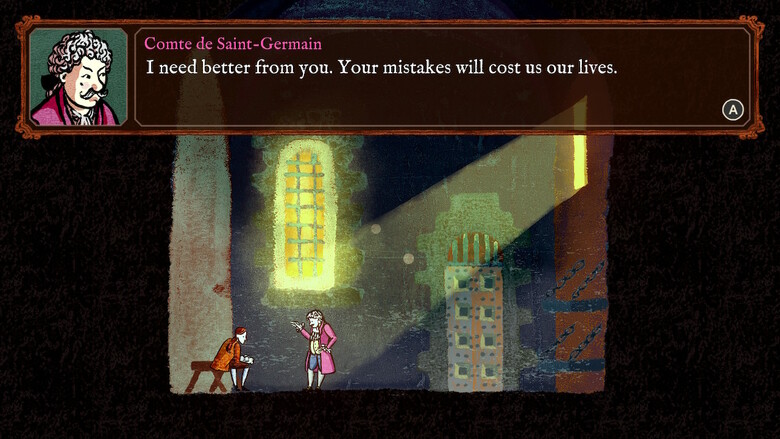 This is true. A lot of these card players are cool with casual murder.

If the novelty of learning and executing new tricks does start to wear off after a time, the game’s story helpfully picks up the slack and makes the effort worthwhile. The characters and plot are genuinely compelling, and you’ll want to keep playing game after game to uncover the sordid secrets of the French aristocracy. On top of that, even if the gameplay isn’t always 100% successful, I give Card Shark a great deal of credit for attempting something truly new. It has elements of narrative adventures as well as timing based minigames, but doesn’t fit neatly into any existing video game genre. It also doesn’t quite look like any other game currently on the market. A game about cheating at cards set in 18th Century France isn’t exactly a marketing executive’s dream pitch, and I very much appreciate Devolver’s willingness to take a chance on such a refreshing and novel concept. 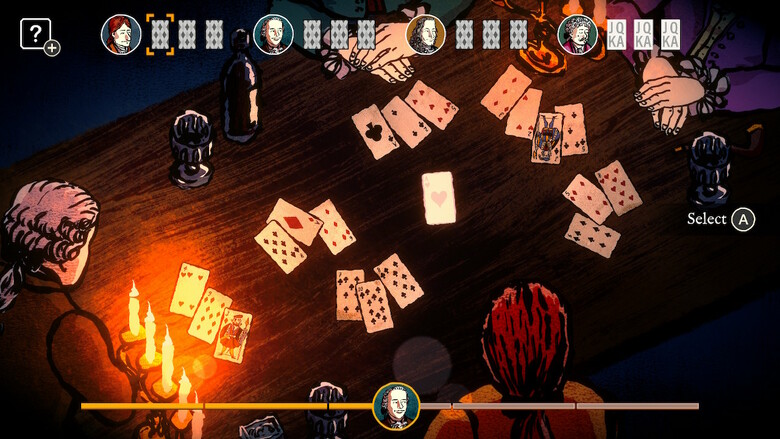 Ohhh, "Card Shark"! Because of all the cards! I just got that.

If you’re looking for a unique gaming experience, look no further than Card Shark. The real reason to make this gamble is to experience the game’s compelling story in a bold, classical setting, and possibly pick up on a little real world history while you’re there. As an added bonus, all of the cheating techniques in the game are based on actual sleight of hand methods which you could theoretically reproduce in real life. I know I found myself inspired by the game to pick up a deck of playing cards and give it a go. When all’s said and done, I may not be able to cut it at the casino, but at least I’ll have Card Shark to fall back on.