Evil Dead: The Game's Dana DeLorenzo grew up on Mario and Contra

From Koopas to Deadites 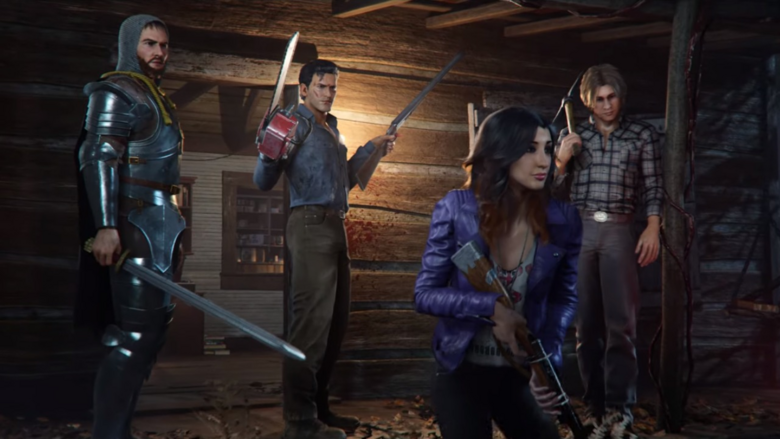 Evil Dead: The Game has been getting lots of praise since its release, and one of the most fun aspects for fans has been the return of characters from the Ash vs. Evil Dead TV series. One of those characters is Kelly as played by Dana DeLorenzo. In a new interview with Looper, DeLorenzo discusses what it was like reprising her role for a video game, as well as her own history with the medium. Turns out she’s an old school Nintendo fan!

Did you play video games at all prior to this?

To be honest, yes, that’s why my head exploded with joy that they were even talking about a video game because I grew up in the ’90s. I had an old-school Nintendo, NES, when it came out, with the all-thumbs controller. Left, right, up, down, select, start, A-B-B-A. That’s actually a code for “Contra” to be able to … there was a game called “Contra.” Up, down, left, right, select … It was a code that gave you something special. But I played all the time. I had “Duck Hunt.” We had “Donkey Kong.”

I think the happiest Christmas Day — or maybe it’s just that we have it on video — I was 9 and I got “Super Mario Bros. 3.” I basically, ironically, turned possessed because you see me in this very grainy VHS tape go incessantly, running around screaming, “Mario 3! Mario 3! Mario 3! I got Mario 3!” I was so excited. [laughs] It was the happiest day of my life. I grew up playing Nintendo and then I believe Sega came out … I had a younger brother so we would play together, and then I stopped playing.

The interview goes on to discuss why exactly Dana DeLorenzo moved away from gaming, as well as much more insight into her experience with acting in (and playing) Evil Dead: The Game. To read it all, check out the full interview now.