Sherlock Holmes: Crimes and Punishments Review - A Mystery Worth Investigating

“It takes more than intelligence to act intelligently"

The late president of Nintendo, Satoru Iwata, said that video games are meant to be one thing: fun. Sherlock Holmes: Crimes and Punishment is exactly that, and much more.

Just as with last year’s excellent The Great Ace Attorney Chronicles, the fun in Sherlock Holmes: Crimes and Punishments comes from searching for clues and putting evidence together; a process bolstered by a well-realized cast sure to make you laugh and cry. Prepare to question what exactly justice is and how to best achieve it; an exercise that draws many parallels to Fyodor Dostoevsky’s masterpiece, “Crime and Punishment.” 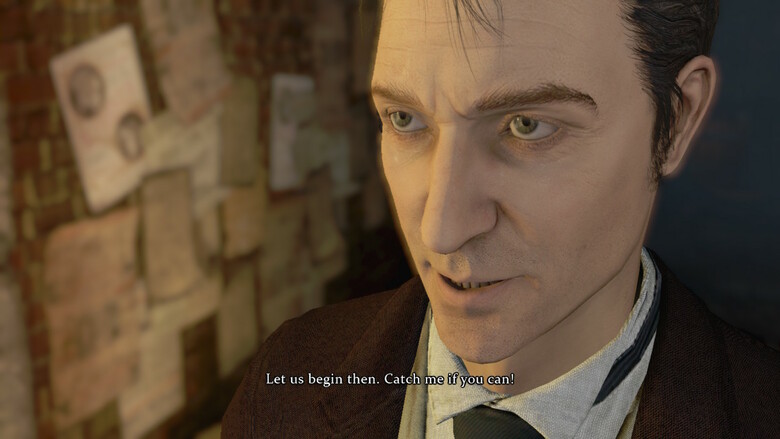 You play as the brilliant and quirky Sherlock Holmes as he tries to solve six different cases. Assisting you on the adventure is the conventional, yet astute Dr. Watson; Holmes’ closest friend. The interactions between Holmes and Watson are extremely entertaining, and their interesting dynamic is on display throughout the entire game. The opening scene exemplifies this relationship perfectly, as it shows Watson slowly approaching a blindfolded, handgun-toting Holmes who’s firing rounds at vases scattered about his living room. The absurdity of the situation is made all the better thanks to Greig’s “In the Hall of the Mountain King” playing in the background. While the setup might seem rather wild, the characters and their interactions are faithful representations of their literary counterparts. 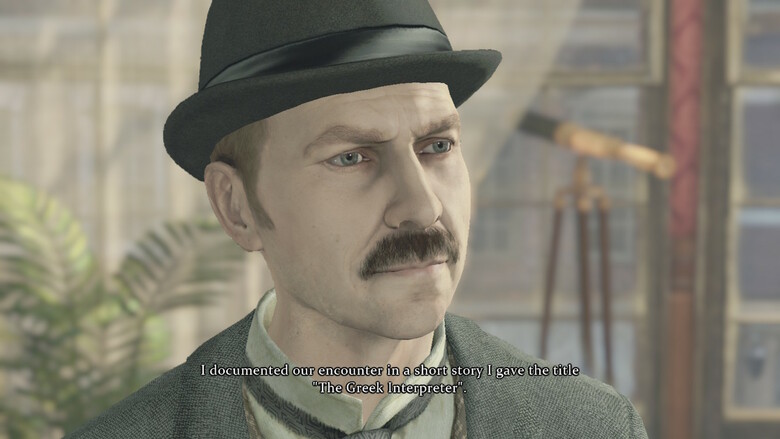 Watson often refers to past adventures.

After an introduction to each case, you explore your surroundings to discover evidence and interrogate people of interest. For most characters, you’re given the option to observe them closely to make deductions, just like Holmes does in the books. Putting together suspect profiles and gathering clues opens new lines of questioning, which then allows you to proceed deeper into the investigation. You can even show contradictions in suspect statements, just as you would in a Phoenix Wright game…minus the yelling. 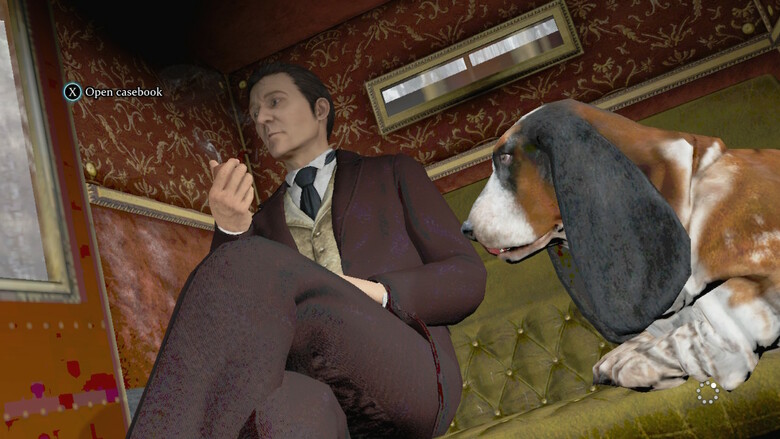 You can control Toby in some cases to sniff for evidence.

Eventually, once you have collected enough evidence, you can proceed to accuse one of the suspects. It’s at this moment where Sherlock Holmes: Crimes and Punishments differs from most other detective games, as your morals and sense of justice are questioned in two different ways.

Rather than offering a single path ahead, Sherlock Holmes: Crimes and Punishments lets you accuse any suspect in the case. By using evidence collected and details gleaned from conversations, you can point the finger at anyone you’ve come across, including someone who may be ultimately innocent. You have to decide which explanation makes the most sense among multiple options, all in the hopes of naming the appropriate offender. 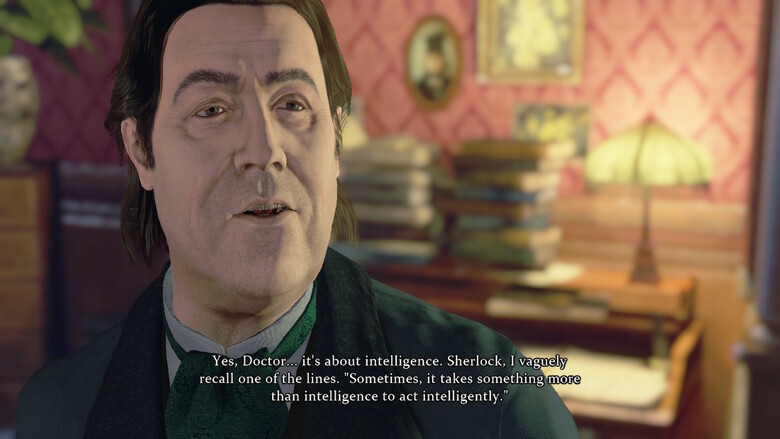 Intelligence won't be enough to fully solve the mysteries in this game.

After choosing the guilty party, you’ll have a second choice to make. This is a test of your morals, as you’ll have to select a punishment for the crime. The game’s brilliant moral system asks you to consider whether the accused’s reasons were valid, which could pave the way to a lesser punishment. Depending on the evidence amassed, you might have a tough moral choice to make, as you’re forced to decide what punishment fits the crime. While deducing who a culprit is mostly relies on intelligence, it’s your personal moral compass that defines the outcome.

Making these decisions can be quite taxing, especially if you worry that you missed clues, or didn’t properly examine a key piece of evidence. Thankfully, the game provides two measures that help you avoid this conundrum. First, every piece of evidence that can be examined multiple times is marked with an icon indicating so. Second, once you make a decision at the end of each case, the game lets you see if you collected all the evidence, and chose the correct suspect. You can only see these details by pressing a specific button, and the game lets you know that pressing that button will give you spoilers for the case’s outcome. Choosing this option also gives you a chance to go back into the case and collect everything you didn’t catch the first time, thus, giving you a more informed opinion on the guilty suspect. No matter which path ahead you pick, the moral choice of condemning or absolving the guilty party is never labeled as right or wrong, which is a great way of respecting the player’s ideas on justice. 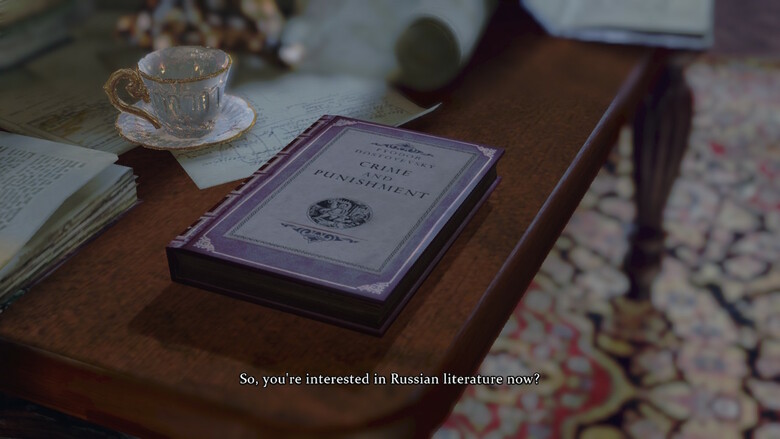 There are a myriad of references to Dostoevsky’s masterpiece.

Additionally, Sherlock Holmes: Crimes and Punishments is a real treat for fans of Dostoevsky’s novel of similar name, as it’s filled with nods and references. That said, even if you’re not familiar with that literary work, there’s still plenty of story content to enjoy here. Not only will the game challenge your views on crime and punishment, but also other heady topics like order versus anarchy, tradition versus change, wealth versus poverty, and so on. Each topic is presented masterfully, many times with subtle comments or visual cues, making for very organic storytelling.

In terms of negatives, none of them really undermine the high quality of the game, but some are worth mentioning. The most notable hiccup stems from loading times between areas, as you may find yourself waiting roughly 20 to 30 seconds during transitions. This happens in both docked and handheld modes. Overall, it’s not a big issue, with the frustration lessened by the ability to read case evidence while you wait. Other minor detractors are factual inaccuracies (Mexico being listed as part of South America), a handful of typos, slightly clunky character movement, and some slightly annoying (but skippable) mini-games. Again, these are elements worth mentioning, but it’s easy to overlook them when you consider how engaging the game is. 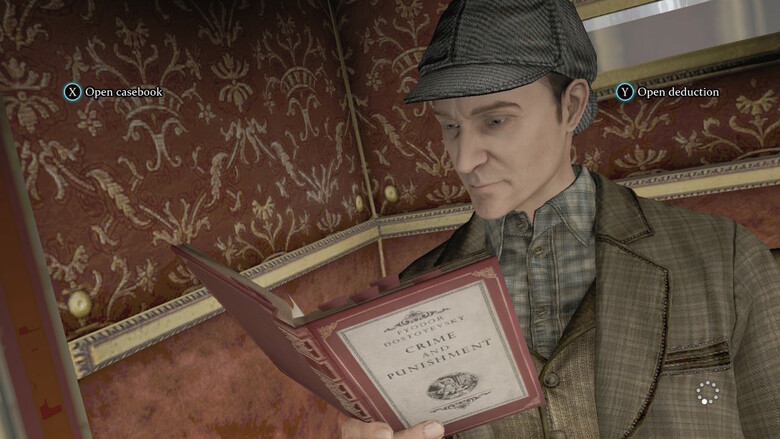 We know your methods, Sherlock.