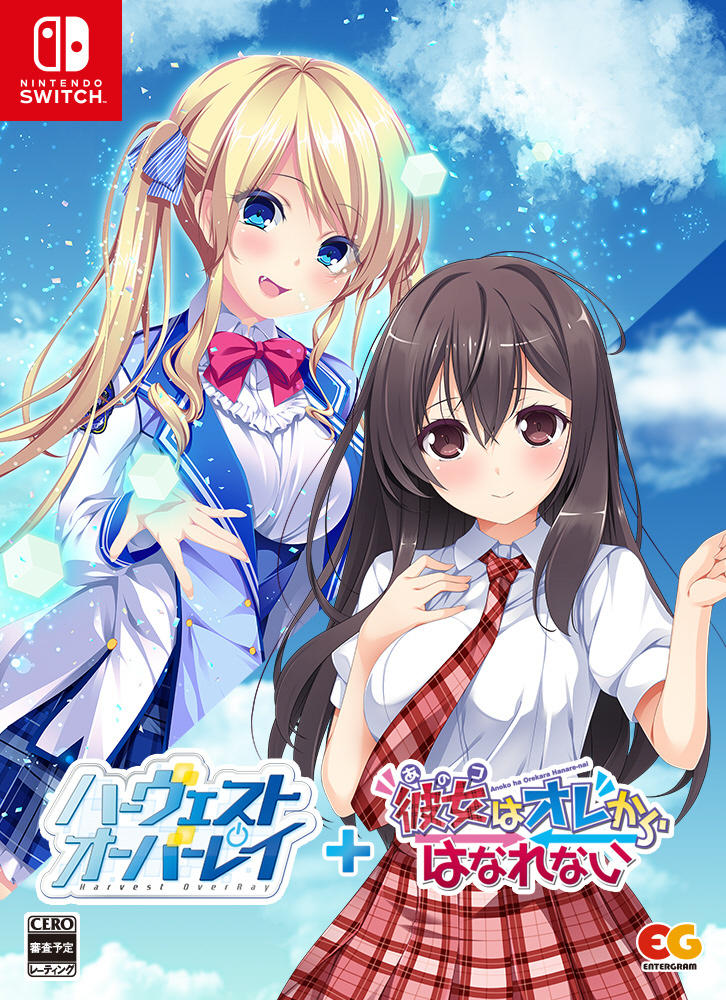 Entergram has announced a Giga-developed romance visual novel bundle for the Switch in Japan. This bundle includes Harvest OverRay and Ano Ko wa Ore kara Hanarenai, and it launches on September 29th, 2022. Customers will be able to pick up a standard release for 6,578 yen, as well as a limited edition for 10,978 yen. The limited edition includes a B2-size tapestry with two designs, as well as the original soundtrack for each game.

For details on both Harvest OverRay and Ano Ko wa Ore kara Hanarenai, check out the official descriptions below.

In the near future, technology has developed to the point where most things have been digitized, from everyday items to entertainment. Makito is a game-loving student who is full of curiosity. He tries every game that comes out, but he had lately been dissatisfied with them.

One day, he received an invitation to the closed beta of an augmented reality (AR) game called ‘Harvest Onreal’. It was the highly anticipated newest work by Cymell Corporation, which had produced the prominent AR game ‘Cherry Blossom’. He was very excited to play it even though he had never seen a game labelled as a ‘live game’ genre before. He signed up for the game without reading the user agreement at all and later found out that he could not exit the game nor turn off the AR.

Makito got others around him caught up in it as well: game-loving lady-like underclassman Lilia, the most powerful (and short) upperclassman Komachi, transfer student Yuuka who he met by chance at the beach, and his genius programmer younger sister Sumi. They gathered together as the ‘next generation club’ with the goal of clearing the game.

On his first day since transferring to Shihouin Gakuen, Hiroto happened to watch a girl confess to her senior in the courtyard. He wondered if this was what a riajuu was like. “Do you envy them so much?” Next to him was a blushing girl who then offered to make him into a riajuu, which he said yes to in surprise. But how does one become a riajuu? Make friends and go out together? Or be all lovey-dovey with a girl? Is it possible for them to be like that?