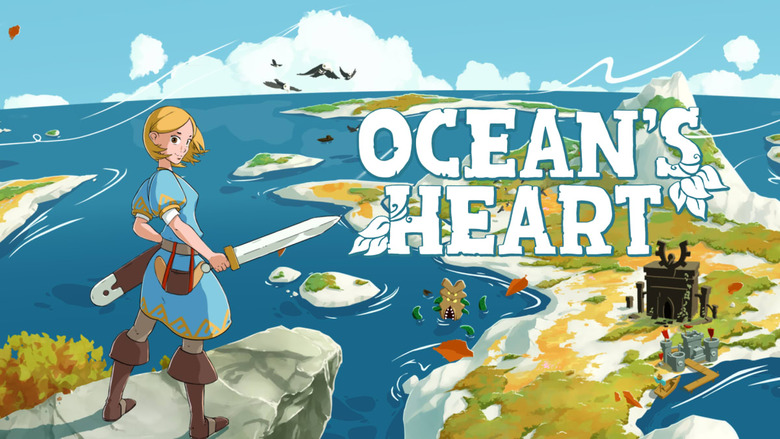 Let’s get this out of the way at the beginning. Ocean’s Heart is unabashedly inspired by top-down Zelda games. The first scene involves Tilia, the main character, waking up in bed. There are hearts that represent your health and a green magic meter. These are just a few examples, and there are many more comparisons to be made throughout the game. That being said, Nintendo hasn’t made a new top-down Zelda since 2013’s A Link Between Worlds for 3DS, giving Ocean’s Heart the opportunity to fill that void. 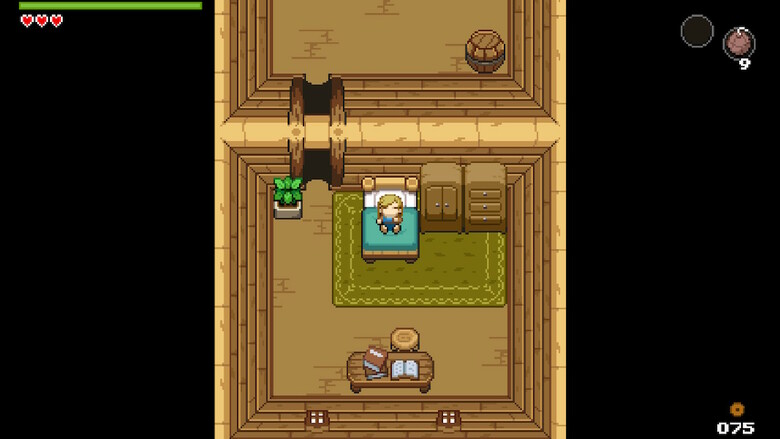 In the opening sequence, Tilia’s hometown is attacked by pirates and her friend, Hazel, is kidnapped. Tilia’s father, a member of the Volunteer Navy, sets off to find Hazel. Six months pass with no word from either Hazel or Tilia’s father. As an aspiring member of the Volunteer Navy herself, Tilia sets off on a quest to find them, which leads her to various towns and ports across the world.

Besides the main quest, there are plenty of side quests to uncover and complete. Many of these have their own interesting stories that unfold through multiple steps. Have you ever wanted to track down the rabble-rouser who stole the winnings for a tic-tac-toe tournament? Or try to uncover a thief at the mayor’s dog’s birthday party? Boy, have I got good news for you! The handy quest guide in the menu makes it easy to keep track of current quests and gives hints to point you in the right direction. These quests can be completed relatively quickly, so it never seems like you’re putting off the main story for that long if you stray off the beaten path. 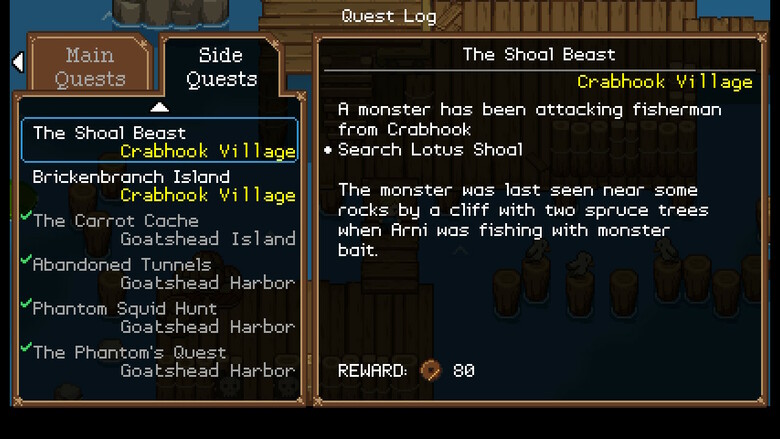 Combat feels smooth in Ocean’s Heart. Enemies react noticeably to attacks, whether it’s from a sword swipe, or a secondary item. Think of a typical Zelda item, and there’s a good chance it’s in the game and performs similarly to its inspiration. Attack and defense power can be permanently upgraded by providing the right materials and money to a blacksmith, or by finding a few of the upgrades scattered throughout the world.

Ocean’s Heart utilizes a crafting system for health or attack/defense buff potions, attack items, etc. Materials can be found by chopping down foliage or by defeating enemies. There are no health drops, so hearts are regained by paying coins to stay at an inn or consuming berries, apples, or other health items. You can also sleep in your own bed for free if you want to take the time to travel home. This isn’t that prohibitive since you unlock the ability to travel between ports early in the game.

Many of the Zelda series staples are found in Ocean’s Heart. Sliding block puzzles? Check. Switches that raise and lower barriers? Uh huh. Cracked walls tailor made for bombs? You bet. Still, there is something to be said for using these elements well. 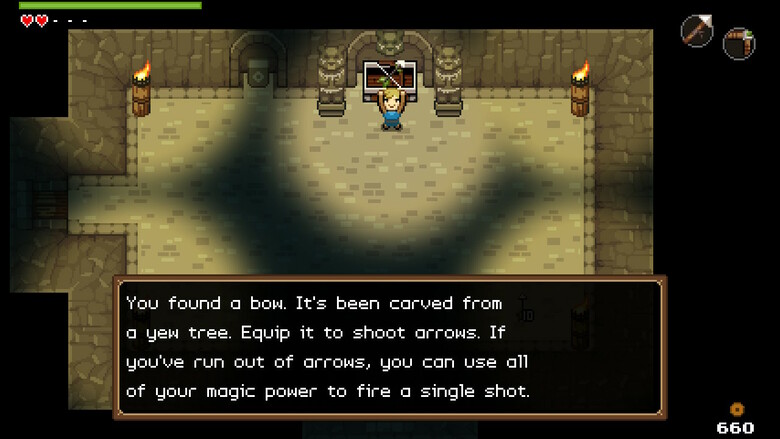 There are facsimiles to dungeons in Ocean’s Heart, and while they’re not that frequent in the early game, you’ll come across a decent amount later. They’re generally well designed and don’t take very long to complete, so there’s not much likelihood of getting stuck. This is a positive, as there are no dungeon maps to show you the lay of the land.

Dungeons don’t usually have an item tied to them, which results in many of them having similar types of puzzles. Another side effect of this is boss battles that feel identical to one another, and don’t require much skill beyond constant attacks. Still, defeating the boss always feels satisfying and leads to a helpful reward.

Presentation as a whole is a plus in Ocean’s Heart. The graphics are very reminiscent of Minish Cap with clean sprite work and interesting architecture found throughout the towns and intervening areas. Some neat visual effects are present, like fire spreading through sections of bushes. In addition, there are plenty of catchy music tracks, with the Oakhaven town theme being a personal favorite. 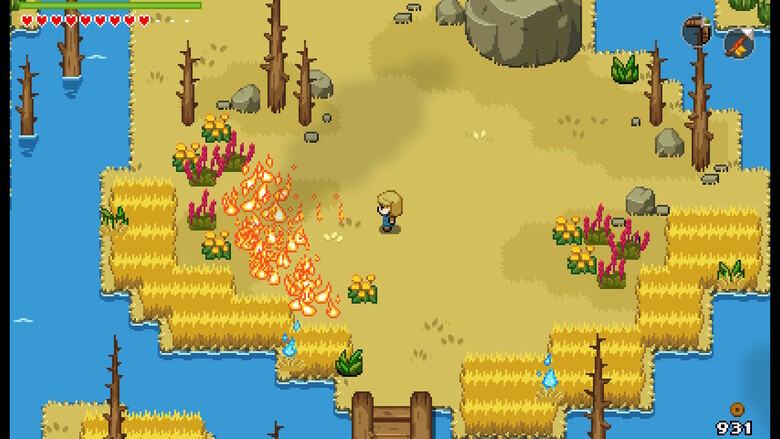 The adventure in Ocean’s Heart is surprisingly meaty, clocking in at around 10 hours to see the credits for the review playthrough. This included plenty of side quests, but there are still many mysteries to unravel in the world.

Ocean’s Heart was clearly designed with Zelda in mind and openly invites the comparisons. It’s not as polished or deep as the traditional, top-down games from the iconic Nintendo series, but it’s still very fun to play. …and let’s be frank, Nintendo hasn’t exactly been cranking out 2D Zelda games recently. A fairer comparison is to other Zelda-like games, and with that in mind, Ocean’s Heart is easy to recommend as one of the better examples of the genre on Nintendo Switch.