Kirby's Path to the Forgotten Land: The Evolution of 3D Game Mechanics in the Kirby series

A 3-D Blast through Puffballs Past! 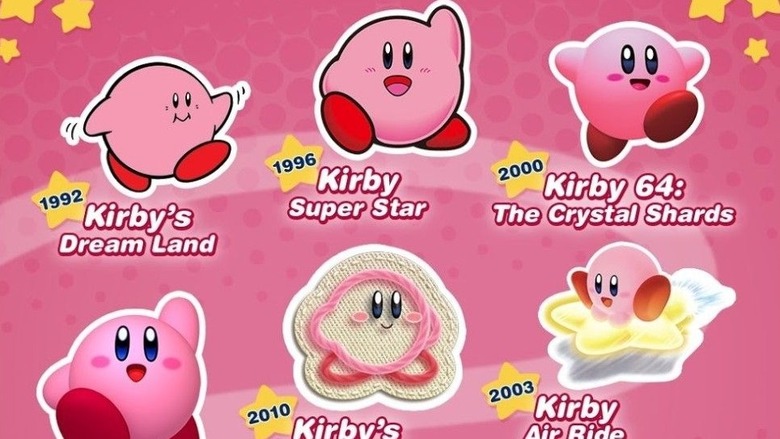 Announced during the September 2021 Nintendo Direct, Kirby and the Forgotten Land promises to be a major shakeup for the Kirby series by being its first fully 3D game. The announcement has excited fans and non-fans alike, but has also left many wondering why it’s taken so long for this staple Nintendo franchise to take the plunge into the 3rd dimension. Mario, The Legend of Zelda, and even Metroid all took their first steps into the Z-axis years ago, why has it taken Kirby so long? In actuality, the Kirby series was dabbling in 3D even before Mario 64 hit the scene! This shouldn’t be that surprising to fans of the series as, Kirby has a reputation for being one of Nintendo’s more experimental franchises. The developers at HAL Laboratory were never ones to chase trends, but rather stuck to their own ideas, which has given the series much of its charm. Now, we invite you on a trip down memory lane to see all the strange 3D experiments made before Kirby’s first fully 3D game. 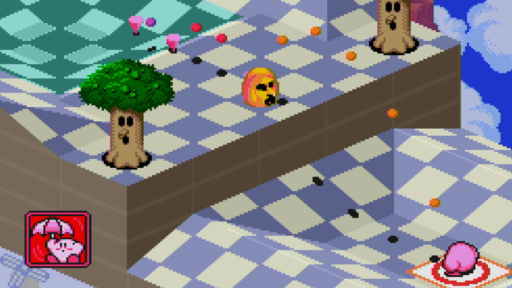 Even on the SNES players must think third-dimensionally

Kirby’s Dream Course is the Kirby franchise’s take on a golf game, or more accurately, a mini-golf game. The main twist of Dream Course is that Kirby and his friend Keeby are the balls themselves, and they both have access to Kirby’s wacky copy abilities to make their green game chaotically fun. While some may argue that this is a 2D top-down game rather than 3D, the player must take into account both the distance and height when putting their puffball into the hole. If this 2-player golf game seems up your alley, you can try it with the Nintendo Switch Online Service via the Super Nintendo app. 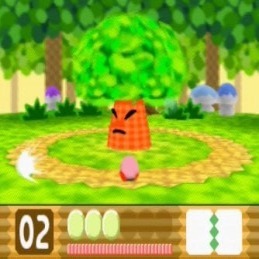 When the N64 came on the market, it seemed every classic franchise was making the jump to the third dimension. Mario, Zelda, and Donkey Kong all had new games that explored these classic characters in revolutionary 3D environments. Even outside the world of Nintendo, characters like Sonic the Hedgehog, Crash Bandicoot, and Spyro the Dragon proved that 3D was the hot new trend. Taking this into account, it would seem rather shocking that the Kirby game released near the end of the system’s life would forgo these trends for a more traditional adventure.

Kirby 64 is a 2.5D platformer, and is one of the most graphically impressive games on the system. Since Kirby games tend to release later in a console’s life, this allows time for the team at HAL to get intimately familiar with the hardware and produce some of the most artistically pleasing games available on that platform. While Kirby cannot move in a 3D space, and is instead confined to following a set path, it is very clear the levels were designed with 3D viewing in mind.

As Kirby proceeds through the levels, the camera shifts around Kirby at various angles, giving his world a greater sense of depth. For example, when Kirby is walking towards Castle Dedede, the camera swings behind him to show the ominous structure looming in the distance. Later, when Kirby climbs a spiral staircase, the camera turns with him as he ascends. While Crystal Shards may not be the 3D game one would expect of an N64 platformer, it is still clear that HAL was thinking in the third dimension. 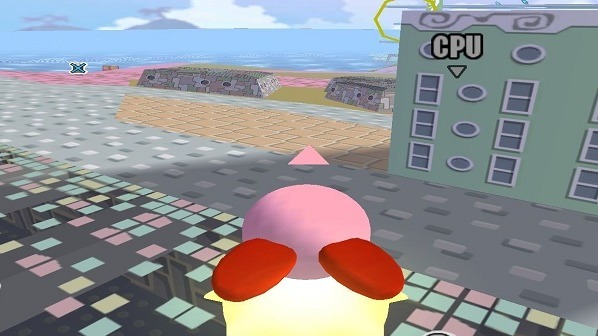 The GameCube brought even more 3D experimentation for the Kirby series in the form of the racing game, Kirby Air Ride. This was the last Kirby game to be directed by series creator Masahiro Sakurai, and as usual, the game showcases his knack for creative gameplay.

Much in the same way the Kirby series started as a simplistic introduction to platformers, Air Ride was made to be a beginner’s entry point for the racing genre. Controls are welcoming to even the most novice gamer, as they require use of the control stick and the A button, and nothing more. The game also introduced the beloved City Trial mode where players can hop off their vehicles and explore the 3D environment as Kirby. While it is nowhere near a full platforming adventure, Air Ride brought the Kirby series closer to true 3D platforming than ever before. 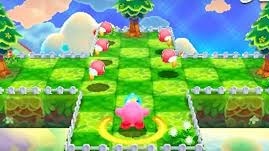 Line up your shots to get a high score

Now a staple of the Kirby series, Kirby Superstar ushered in the trend of including side game content along with the main game. Sometimes these games are simple distractions, but a few are experiments for a larger game, which is exactly what happened with Kirby 3D Rumble. As the name implies, this is a fully 3D side game where you control Kirby (sans copy abilities), and take out hordes of enemies. There isn’t much platforming, as the battles are confined to a grid-like arena, and the main focus is sucking in enemies to use them as projectiles on other enemies, thus racking up points. While a simplistic experience with only 3 levels, it’s still an important experiment with Kirby’s base move set in 3D. It seems this experiment was a success as well, as it was expanded upon just one year later. 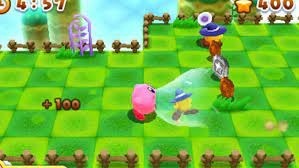 While Blowout Blast was still score based and lacked copy abilities, it expanded beyond simplistic arenas by adding platforming sections. The game takes on a structure more akin to a beat’em up, with Kirby wiping out a room of enemies, moving through small platforming sections, and then taking on another room filled with baddies. The game even includes boss battles with familiar foes like Lololo, Lalala, Kracko Jr., and of course, King Dedede. 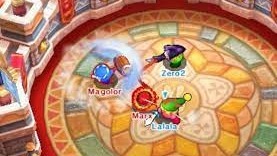 The last game on our list is one that became somewhat overshadowed due to the release of the Switch. Kirby Battle Royale was yet another Kirby game released on the 3DS in its last years of relevance. While the name and marketing material for Battle Royale might suggest this is the 3D fighting game equivalent to the 2D Kirby Fighters, it’s actually more akin to a multiplayer minigame collection.

While one of Battle Royale’s ten minigames is a top-down 3D fighter, a good majority are closer to what you’d find in Mario Party, albeit more complex. The biggest note of importance about Battle Royale is that this was the introduction of copy abilities getting 3D move sets. The last two 3DS games stayed away from the copy powers, opting to rely on Kirby’s standard powers of swallowing and spitting that came from his Gameboy days. With copy abilities finally getting their time in the 3D spotlight, it was clear that HAL was inching ever-closer to the next evolution of Kirby. 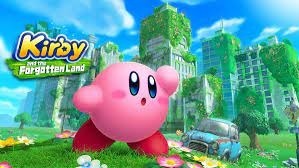 Looking at Kirby’s history of 3D experiments, it’s possible for us to see the elements that make up Kirby and the Forgotten Land. 3D Rumble and Blowout Blast provide the framework, Battle Royale brings in the copy abilities and 3D setting, and The Crystal Shards inspires the detailed, charming world design. Even the multiplayer aspect of Dream Course and Air Ride are considered, as seen in recent videos.

Given this storied history, it makes sense why The Forgotten Land is taking even non-fans of the puffball by storm, as it’s truly been a long time coming! The future looks bright for Kirby, and we hope you’re just as excited for Kirby’s newest adventure as we are.

Kirby and the Forgotten Land releases for the Nintendo Switch family of systems on March 25th, 2022