REVIEW: Who Pressed Mute on Uncle Marcus? - A very messed up family 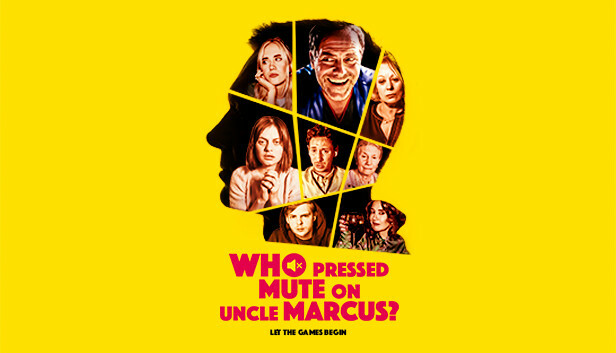 Will the truth set you free?

Wales Interactive has been a prolific publisher on the Nintendo Switch, with many great FMV games like The Infectious Madness of Doctor Dekker and Five Dates. Their latest title, Who Pressed Mute on Uncle Marcus?, is not suitable for everyone due to certain themes, but delivers an interesting murder mystery with good acting and a great female lead. 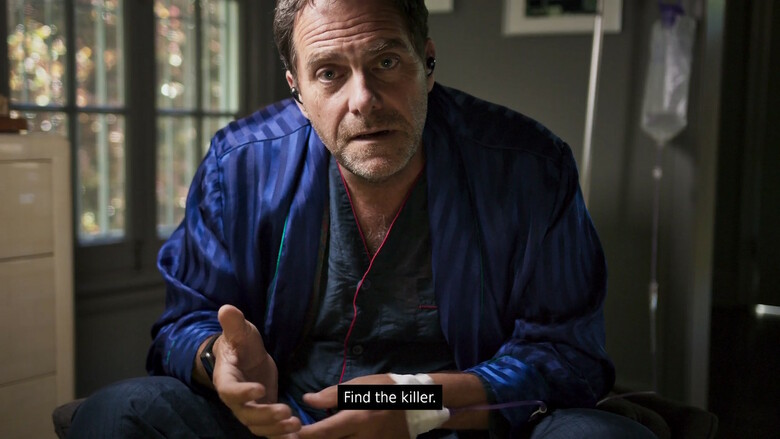 Who tried to kill Uncle Marcus?

Before the game begins, the player is presented with a warning, so we will do the same for this review: this game includes content many may find disturbing. There are disgusting descriptions and images, blood, violence, profanity, and depictions of suicide. The characters make insensible and insulting comments about the elderly, foreigners, the mentally ill, and the poor. However, at no point does the game glorify or approve of these ideas. Quite the contrary, the people who have such opinions are clearly labeled as terrible human beings. Nonetheless, players should use their discretion to determine whether they can stomach a story with this crew. 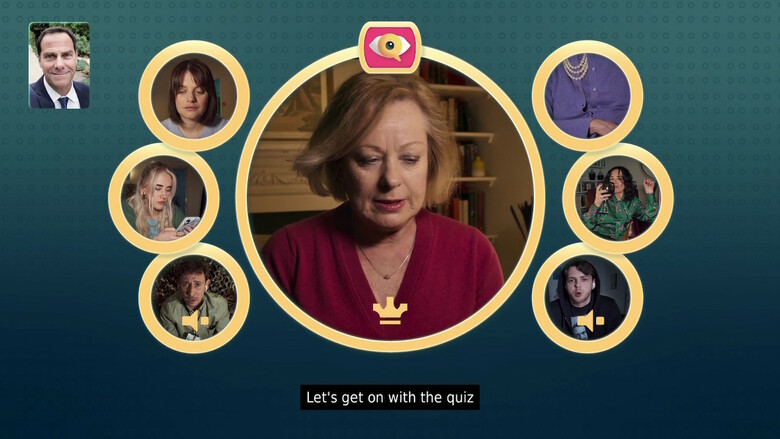 We control Abby, a young lawyer who gave up her dream of being a videogame designer due to pressure from her mom. The game begins on the eve of the Family Quiz, a long-standing tradition held on Abby’s mom’s birthday, where the extended family gather to have fun. The quiz is a bit different this year, as everyone joins through a video-call due to the distances that separate them. 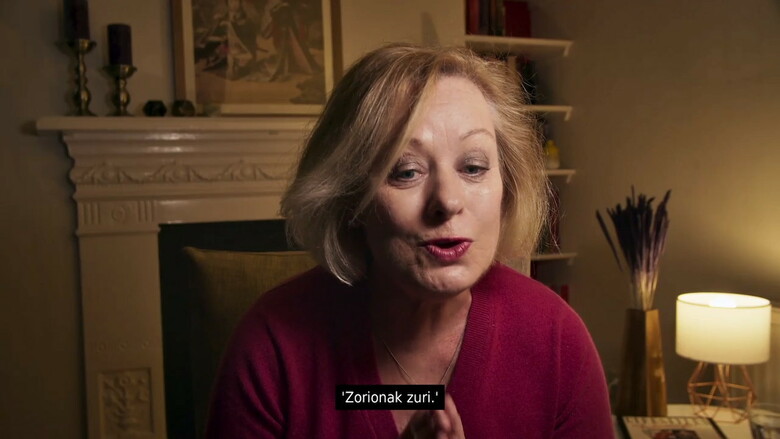 Right before Abby reluctantly joins the quiz, she receives a call from her uncle Marcus. Marcus informs Abby that he is dying due to poisoning, and the only time this could have happened was at an in-person family meeting the week prior. The doctors can’t determine which poison was used, and they need that information to save Marcus’ life. Since every person who was at last week’s gathering will now take part in the quiz, Marcus suggests that Abby discretely interrogates them to find the guilty party. 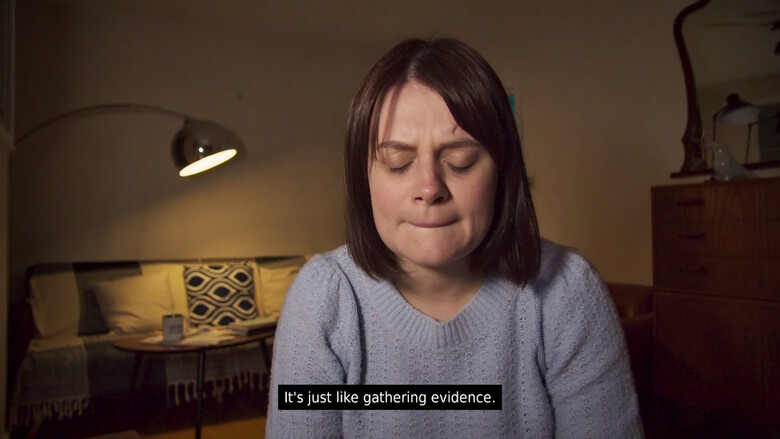 Only that the family should not find out what we're doing.

Once the quiz starts, one person leads a round of questions, while the other six members are divided into groups of two. It’s here that you choose your teammate, and then begin your secret interrogation. Since each family member’s personality is different, they’ll only open up through a series of specific questions, so you’ll have to get to know them to suss out the culprit. 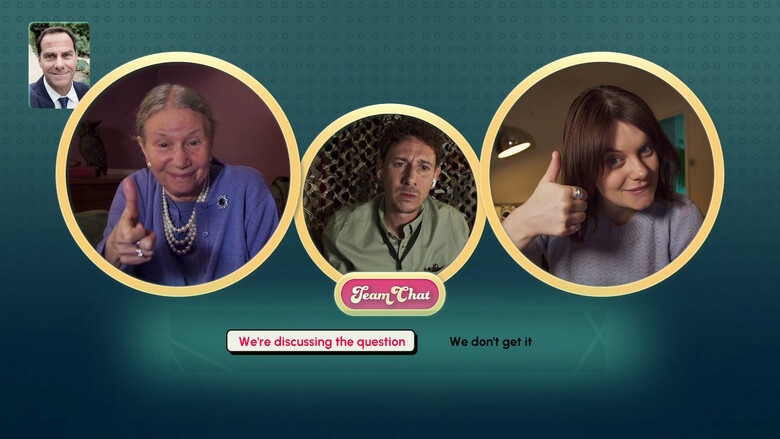 Being nice may work... Maybe.

Since there is a limited number of rounds before uncle Marcus dies, you have to use your time wisely. In my first playthrough, I barely scratched the surface with the family, so I failed. That said, it’s pretty obvious the game is designed this way, as multiple attempts will help you glean more family details. 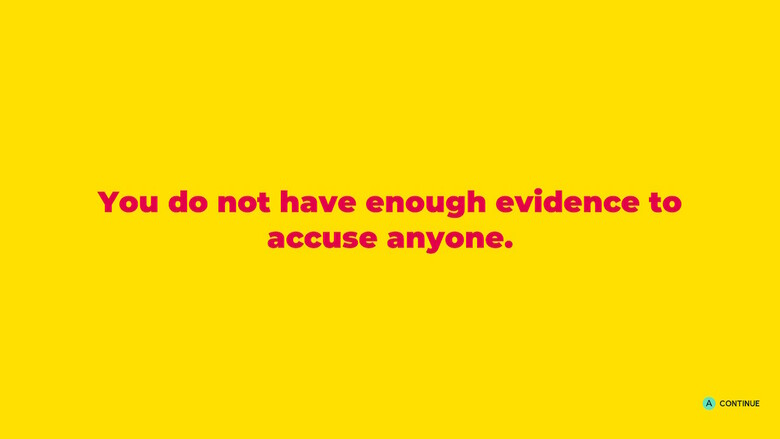 Get used to this screen at the beginning.

One full session takes forty to sixty minutes, but there’s a unique wrinkle each time you start a new game. Starting the investigation over allows you to keep all of the info and evidence you collected in previous playthroughs, and you can also skip past interactions you’ve already seen. Just keep in mind that you can collect enough evidence to accuse any family member, but only one of them is truly guilty. 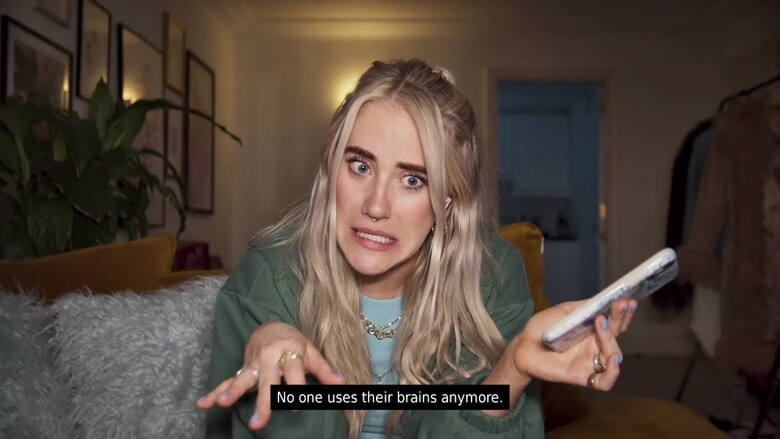 Thinking is hard, which is why so few people do it.

Theoretically, you may stumble upon the real culprit very early, but it’s actually more interesting to unlock the “bad” endings along the way. The more runs you do, the better you understand the family, and the closer you get to figuring out who the murderer is. You’ll also learn some of the other family members’ dirty secrets along the way. Amassing all this information makes getting the good ending extremely satisfying, especially if you save it for last. Throughout the whole process, the game leaves more than enough clues for even the most modest detective to figure things out, so don’t worry about being stumped. 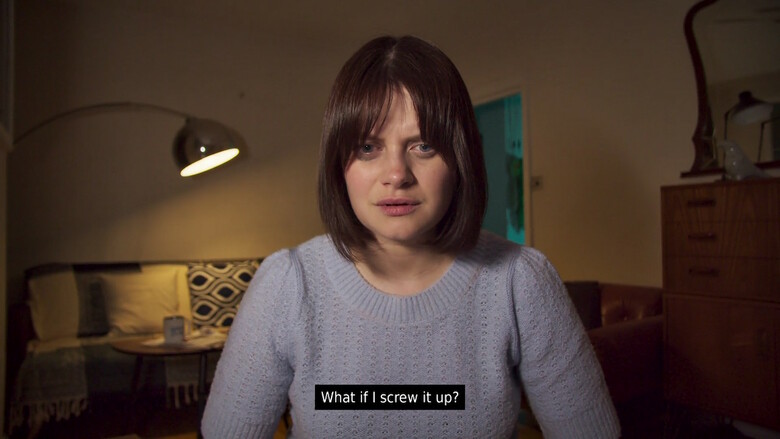 Abby, we're here for you. You got this!

While the driving force behind this murder mystery is to find who poisoned uncle Marcus, learning more about Abby and how oppressive her family is was equally as engaging. Abby has to navigate a deep, dark web of troubled family members to uncover the truth, and the actress who portrays her does a wonderful job. Abby is clearly hurt and uncomfortable by the horrible people around her, and the actress captures the heavy nature of the situation with ease. 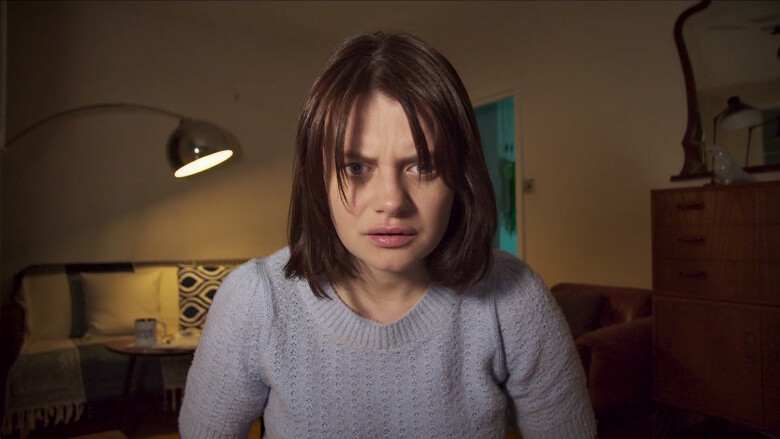 Abby carries a huge, invisible cross in her shoulders.

The game makes you cheer for Abby and hope she can grow from this very traumatic setting. Her eyes, her body language, and her words (or lack thereof) were very touching, and the murder mystery became a means to tell a story about personal growth and empowerment. 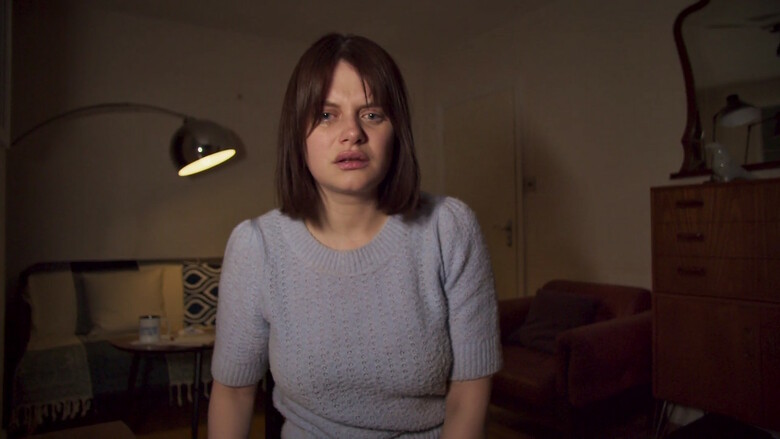 I do have to share a quick note on the rest of the cast as well. The other actors do a fine job with their parts, as they made me detest spending time with any of the family members! 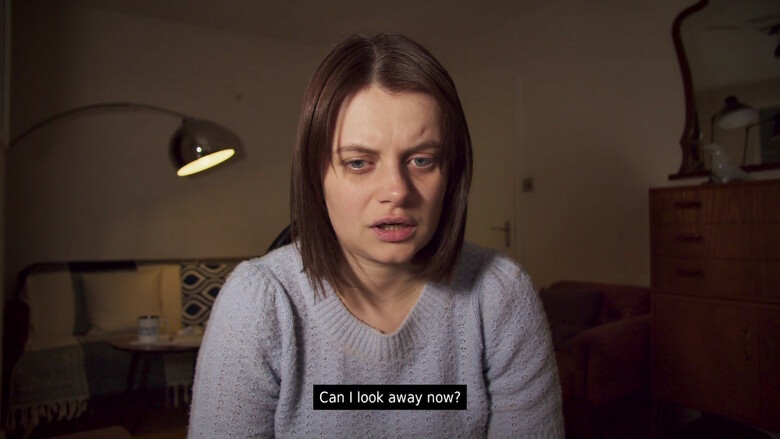 I also wanted to look away.

Besides good acting, the game also offers a host of accessibility options. Choices can be paused to give you time to think, and subtitles can be customized in terms of shape/size/color, and they can even be turned off. The game also helps you keep track of everything going on, as it alerts you to new evidence you’ve collected, and lets you see a family tree to learn the different connections. This family tree is especially handy in the first set of playthroughs, just as the ability to skip scenes is a blessing in later runs. Furthermore, after each conversation you can see if you’ve unlocked all the evidence possible, so there’s no need to worry about missing something. Unfortunately, the game doesn’t give you a menu where you can revisit this information, so you might have to jot things down. 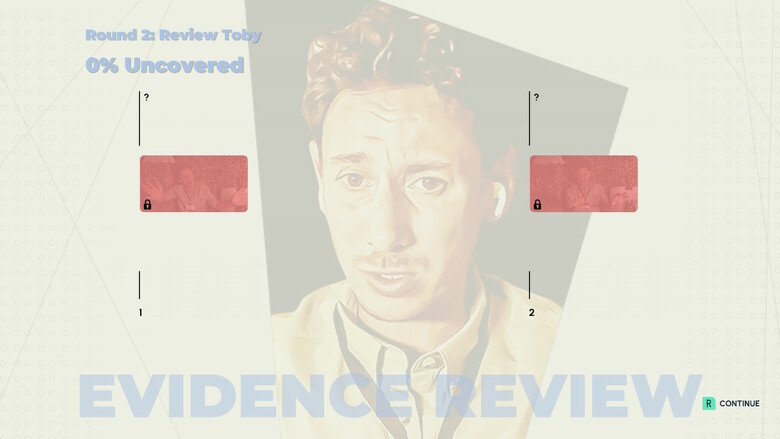 I wish we had access to his information at any time.

While Who Pressed Mute on Uncle Marcus? doesn’t quite reach the heights of other FMV titles from Wales Interactive, the quality acting and interesting story make for an enjoyable title nonetheless. Abby’s journey makes the whole adventure worth it. Once again, please note that the game is not suitable for everyone, so be wary of that going in.