Looking back on two years of Animal Crossing: New Horizons

How a deserted island became a cultural phenomenon 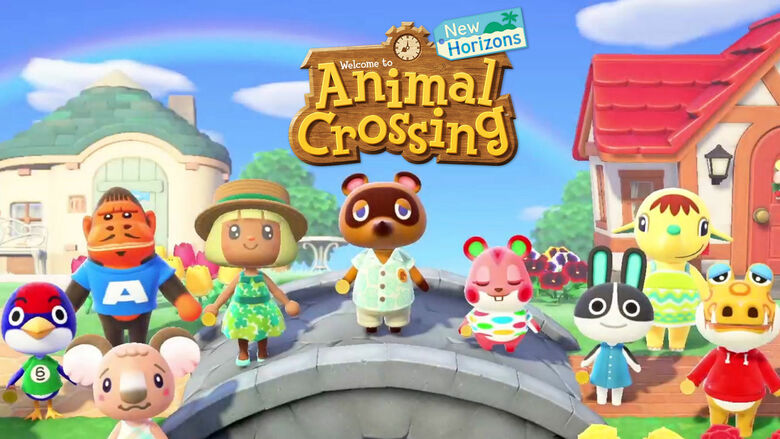 It has been two years since the North American release of Animal Crossing: New Horizons. If you would have said to me, a die-hard Animal Crossing fan, that New Horizons would end up being not only one of the Nintendo Switch’s biggest games, but also a worldwide phenomenon, I would have called you crazy. Surprisingly, that is exactly what happened, and I couldn’t be more pleased. There’s simply no room for debate anymore; Animal Crossing is now solidified as one of Nintendo’s top tier franchises.

I have loved Animal Crossing since it was first localized for the GameCube. Standing in an Electronics Boutique, I asked the salesperson what Animal Crossing even was. She said, in the simplest of terms, “a Sims game, but with animals.” That was all it took to sell me on the game. Even though that description was not entirely accurate, it was close enough. Thus began a love affair that has spanned nearly twenty years. 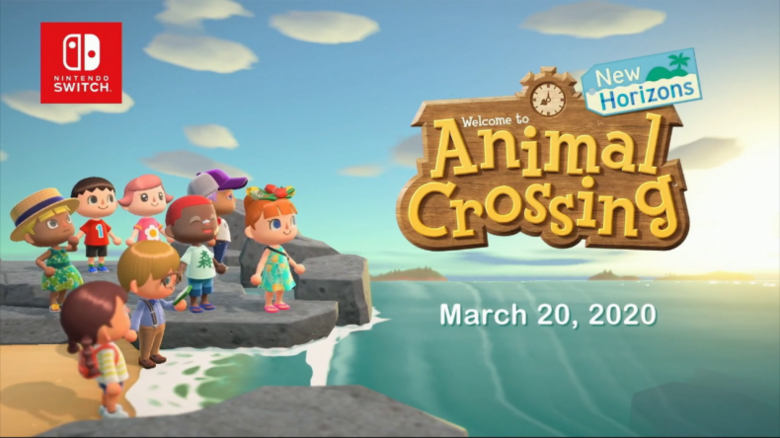 Little did we know what that date would come to be

New Horizons came after a lengthy seven-year gap since the last mainline game, Animal Crossing: New Leaf on the 3DS. The wait was made even tougher due to a delay from a planned 2019 launch to March 20, 2020, but my disappointment in that set-back faded with each passing day. The possibilities of what this game could bring were endless, and the Animal Crossing Direct that aired a month prior to release confirmed the immense level of creativity it would afford the player. Terraforming and other abilities would ensure this would be the most personal Animal Crossing game yet. 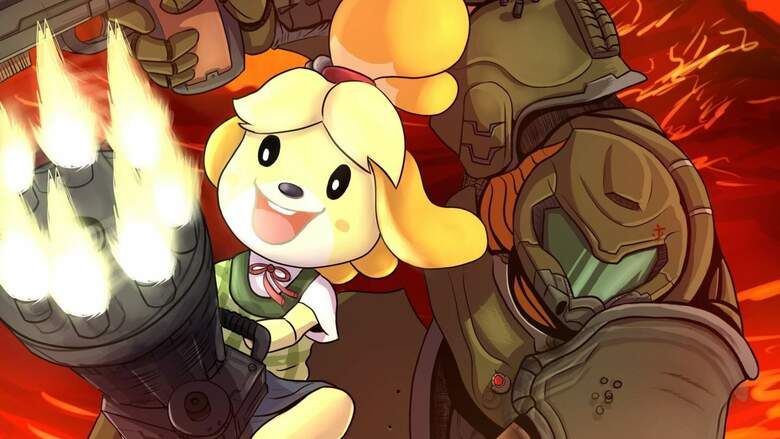 Rip and Tear: An unlikely friendship thanks to a shared release date

Unfortunately, the road to release became more bumpy than anyone could have anticipated. About a month prior to launch, the Coronavirus started to make some major headlines. As the epidemic grew, so did the fear of the unknown. Businesses began to close, household items were being snatched up at a record pace, and numerous events were getting canceled. The Coronavirus even caused an issue with Animal Crossing, as the March 20th, 2020 release date was in danger of shifting once more. A few weeks before release, GameStop was authorized to sell New Horizons a couple days earlier than anticipated. Animal Crossing: New Horizons snuck in just under the wire, as just a handful of days later, the nation was hunkering down at home due to virtual lockdown. 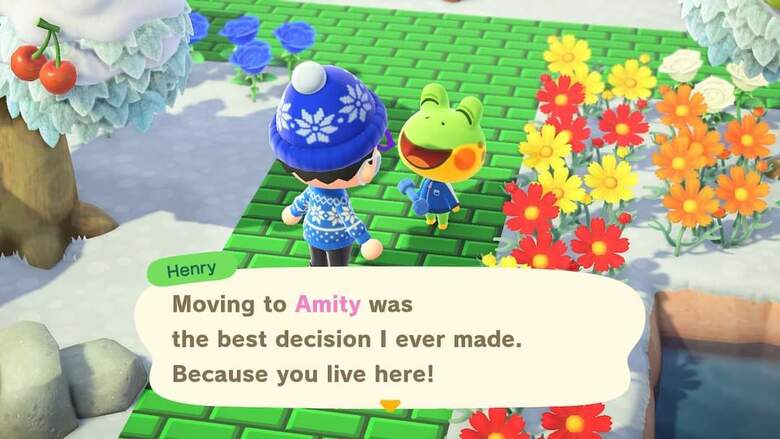 How can you not feel good reading this?

In a time when the nation needed a distraction, Animal Crossing was there for millions. The laid back, slow, and friendly nature of the game hit when everyone was looking for any semblance of peace and comfort. From March onward, everyone was talking about Tom Nook and looking for the best turnip prices. Actors like Elijah Wood made headlines by visiting a fan’s island; an event that came about through a simple Twitter exchange. Building an island from scratch and making it your own gave people a sense of pride and ownership, and sharing designs became an addiction for many. Players who couldn’t get together in real life met in Animal Crossing to host virtual birthday parties, proms, graduations, and family gatherings. When the Coronavirus made those real-life events impossible, Animal Crossing was there by proxy. It was a safe space for countless people who needed it. 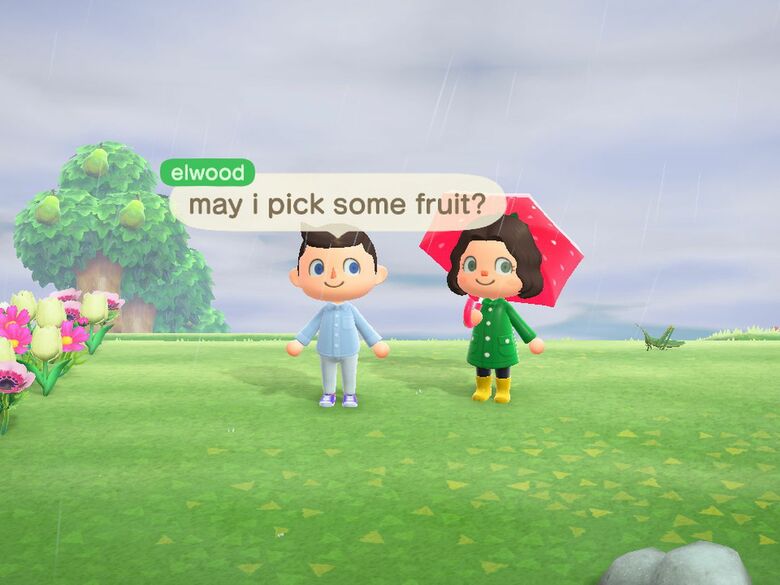 That isn’t to say New Horizons success came about only because of the pandemic. The core mechanics of the base game were overhauled to give players an amount of freedom and control never before seen in the franchise. You want to build up a second level of land for houses, or put a waterfall background in the middle of your island? New Horizons gives you the tools to do it. Don’t like where the Museum is located or how your river looks? You can move and change these features to your liking. This, and so much more was now possible, letting players personalize their Animal Crossing experience in ways many had dreamed of. 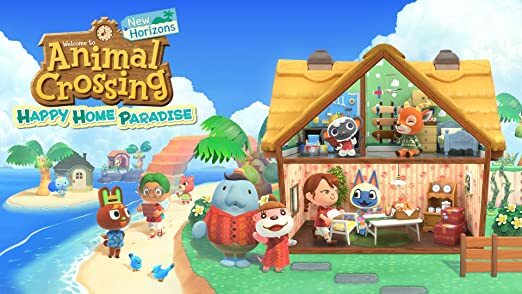 Two years later, Animal Crossing: New Horizons has sold over 37 million copies, according to official Nintendo numbers. It is the best-selling game in Japan’s history, knocking the original Super Mario Bros. from its decades-long perch. The game was so popular that the Switch itself once again faced supply issues, as both newcomers and longtime fans alike were eager to get in on the pop culture moment. To date, New Horizons still regularly places in the top ten best-selling Nintendo games each month.

As with any Animal Crossing game, many of the initial players have dropped off in the last two years. With the real world slowly inching back to normal, and responsibilities coming back into play, some people have moved on from their magical time on the island. That said, Nintendo continues to entice players through DLC expansions and monthly events, and some lapsed fans have found reason to jump back in. As for me, I still play very regularly. For myself and the other Animal Crossing die-hards, New Horizons is still a wonderful experience, and forever holds a very special place in our hearts.

While overall players may have dropped, there was a brief moment in time where Animal Crossing: New Horizons was a very important game for the world. It came at just the right time and helped millions of people cope with an impossible situation. That’s how I’ll always remember it, and many are sure to do the same. 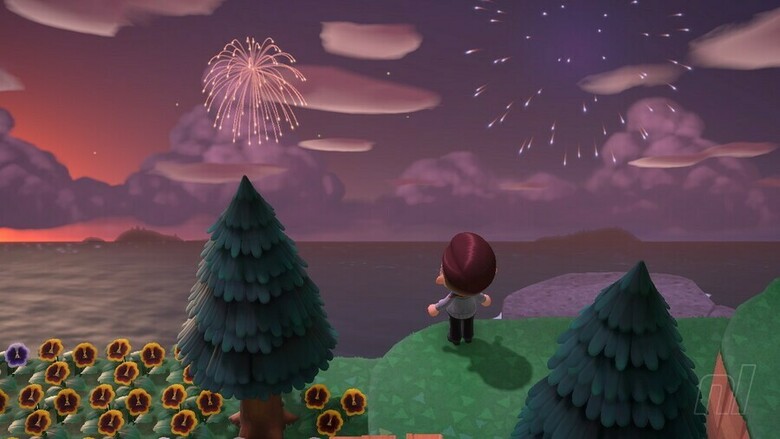