Enjoy co-op from the get-go! 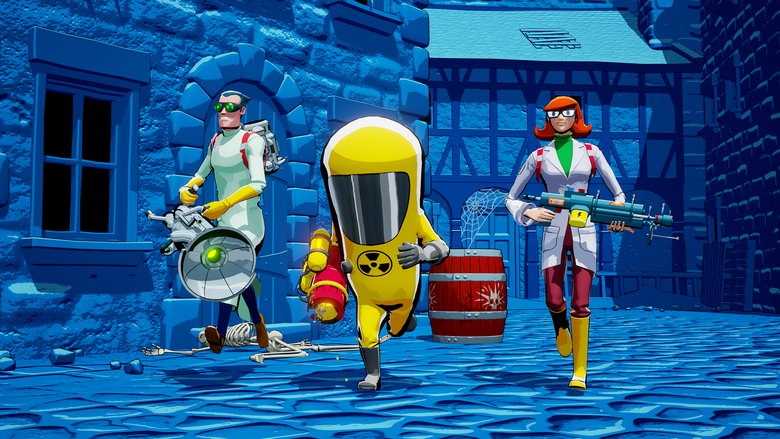 Spike Chunsoft, along with developer Implausible Industries, has revealed a new update for their strategic shooting title RESEARCH and Destroy. The update is called the “Statistically Significant Update” and adds a good deal of new features, improvements, changes, and optimizations.

The update is available to download now, and a list of changes can be seen below along with a short overview of the game itself.

About RESEARCH and DESTROY

All-new strategic shooting powered by Super Science. RESEARCH and DESTROY (RAD) is a turn-based action game with simultaneous local or online co-op. Take control of three brilliant Super Scientists as you RESEARCH and develop strange new weapons and gadgets to DESTROY the Supernatural hordes that have all but crushed humanity.

NEW! Co-op from the start:

The most-requested feature by fans was the ability to play co-op from the start. Both online and split screen co-op play are now available from the beginning of the very first campaign.

Opinions vary on the challenge RESEARCH and DESTROY provides to players. For those overwhelmed by the might of Supernatural forces and for those seeking an even higher challenge, we’ve added a Difficulty slider in the Options. This setting is available to both players in co-op either online or in split screen, allowing all players to RESEARCH and DESTROY at a difficulty level they can enjoy.

Players on PS4 can now join forces online with those on PS5 (and vice versa, of course).

import of PS4 save games: Players upgrading from PS4 to PS5 can bring their RAD save games along. (Although the system region must be the same for both consoles).

Players on Xbox One and Xbox One S can now enjoy the improved game at 60fps (with dynamic resolution) when playing in single player or online.

Players are now given “Opt-in” views when controlling the free camera when Supernaturals attack. This gives the player more control over how they can view the Supernatural turn. If the player leaves the camera controls untouched, the camera will still automatically show any attacks.

The update provides Color Blindness correction and Vibration scaling options on all platforms. The PC version of the game includes new video options.

Increased text size for better legibility on Switch and other handheld screens.

In addition, the update brings improved network performance, rendering performance, and fixes to all platforms.