Drill Dozer Builds As Much As It Destroys 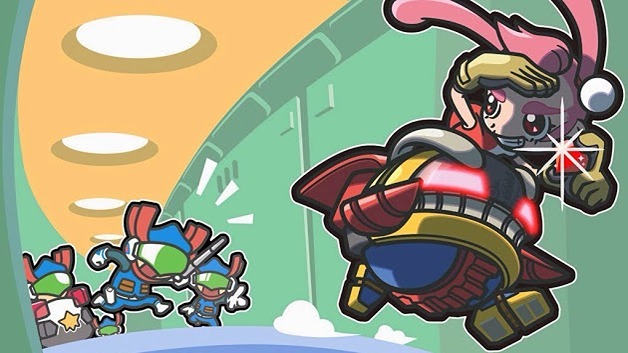 Drills make holes in things. I extensively researched drills in order to come to this conclusion and am now an expert on the subject. Today, however, I will defy all laws of science and observable reality by proposing a new theory: drills can build things, too, particularly in Drill Dozer. True to its title, Drill Dozer burrows deep into the art of drilling, tying it directly into virtually every aspect of its game design. This approach results in several creative mechanics that thoroughly explore what it means to drill. While that involves plenty of demolition, Drill Dozer is particularly notable for how it uses its tool of destruction to build.

The biggest thing Drill Dozer builds is momentum. I mean that in a pacing sense, but momentum is also important for real-life drilling. Spinning a drill around involves angular momentum that can then be used to create the force needed to break things apart. Just like a real drill, momentum is key in Drill Dozer.

Drill Dozer translates its own take on momentum into gameplay through its gear system. Your Drill Dozer has three separate levels of power it can reach, and you have to raise your level in a linear fashion each time you use the drill. With a correctly timed button press, you shift from 1st gear, to 2nd, and finally to 3rd. In the real world, you shift a drill into different gears for different jobs. One gear may be slower but allow you to apply more torque – this comes in handy for jobs that require precision, like drilling in screws. More powerful gears twirl at faster speeds, making them more ideal actual drilling. It’s not an exact science, but I’d say this principle transfers over to the gear mechanics in Drill Dozer. I say that mostly because I don’t know anything about science. 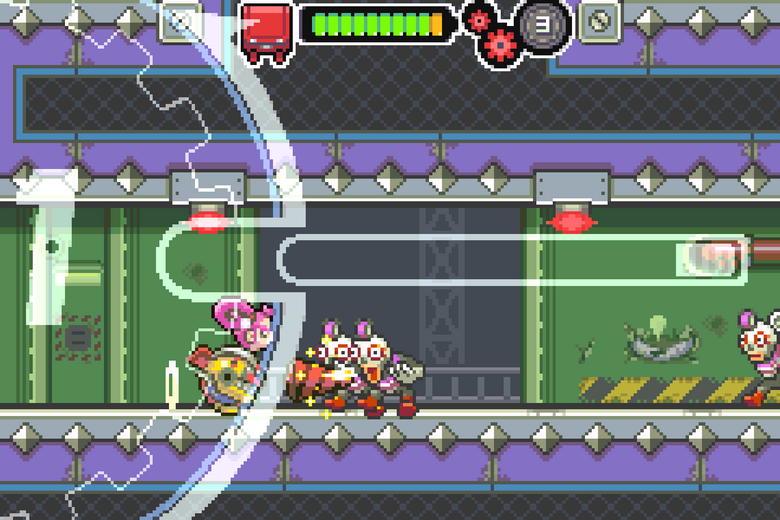 When you’re stuck in 1st gear, the time you can spend drilling is limited. This means you need to be careful with when and how you’re using your drill, particularly for platforming sections. Many platforming gauntlets involve plugging your drill into some kind of moving block and launching off of it at just the right moment. If you latch onto a platform too early with 1st gear, you won’t be able to maintain your drilling long enough to reach that right moment. This principle carries over into fighting enemies, as you have to be aware of how long you can hold your drill out. Essentially, 1st gear, just like it might in a real drill, emphasizes precision in your inputs.

As you pick up the higher tier gears, the focus of the gameplay begins to change. 2nd gear gives you a little bit more drilling time, while 3rd gear allows you to drill indefinitely. The pacing ramps up from precision-based gameplay to something more fluid and action-packed. Whereas before you were poking away enemies carefully, in 3rd gear you massacre them without a care. In 1st gear, you had to carefully drill each block away individually, while in 3rd gear you quickly blow through chains of blocks, even using them to keep yourself in the air. Each gear increases not only the speed of your drill, but the speed of the game itself.

Drill Dozer’s soundtrack highlights this gradual build of momentum. In general, the music maintains a consistent sense of energy that is then further enhanced by how it depicts climaxes. In most stages, once you equip the 3rd gear, the music shifts into a special anthem composed specifically for the occasion. This song captures the feeling of a momentum shift perfectly – it’s triumphant and expresses the idea that the winds have shifted completely in your favor. It is the perfect tune for bulldozing through hordes of enemies and blocks. 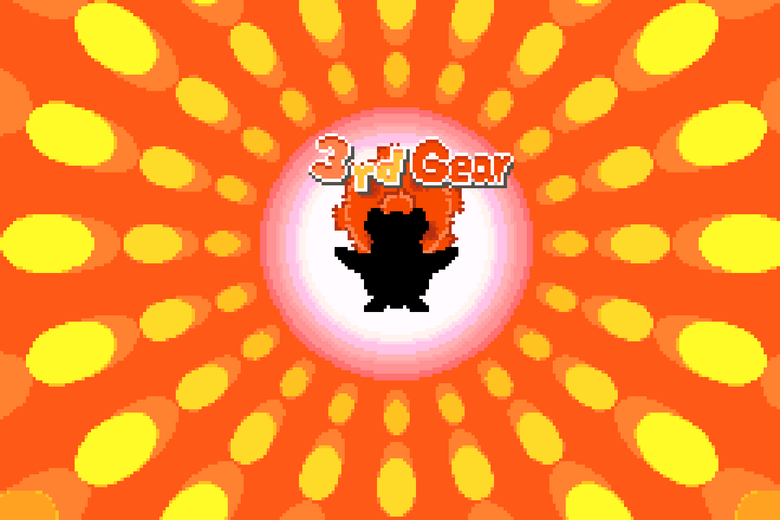 This trick works amazingly well for just getting the 3rd gear on its own. However, Drill Dozer doesn’t stop there. With the 3rd gear equipped, it doesn’t have to stop. The soundtrack also uses the impact of the 3rd gear theme to later subvert it, making other moments even more impactful. In some places, the 3rd gear theme may suddenly cut out completely to create an ominous buildup for what’s to come. The music in the final stages of the game override the 3rd gear theme entirely, conveying the urgency of the situation by essentially saying that the stakes are overpowering even your greatest ability.

Which also brings me to what I believe to be Drill Dozer’s most interesting quirk: you have to go through the process of upgrading gears from 1st to 3rd in every stage of the game. This structure turns each stage into a three act scenario where you start weak and have to work your way back up. In this way, the entire game becomes about momentum.

This aspect of the game has always struck me as interesting because on paper it doesn’t sound like a great idea – you shouldn’t be able to maintain the same amount of impact on the player if you’re constantly repeating the same act of building momentum. It gets old, repetitive, played out, right? Don’t double-check the science on that, I’m just saying things that sound right. 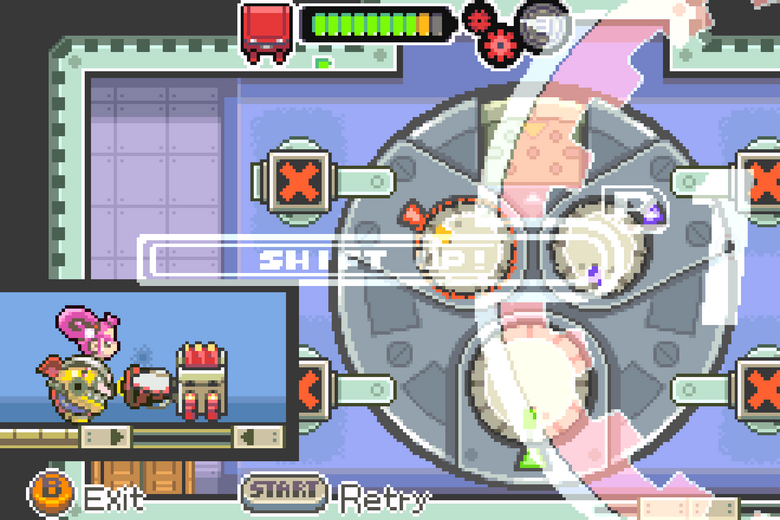 However, I enjoy how Drill Dozer structures its levels, and I believe that has a lot to do with the other thing the game builds well: aside from momentum, Drill Dozer also builds a fully realized depiction of drilling as a game mechanic.

Every level contains distinct elements that force you to think about your drill differently. When not piercing through solid objects or hordes of enemies, drills in this game enjoy a variety of alternative uses ranging from unscrewing giant screws to serving as a makeshift propeller for flying. Color-coded tunnels ask you to alternate the spinning direction of your drill on the fly. Bosses like the police mech challenge you to a game of missile chicken that forces you to consider both the spinning direction of your drill and the timing aspect of how long to hold a missile. The flying stage risks giving me an ulcer in how it has you input your drill movements to float where you want to, but it’s at least interesting so that’s alright.

Basically, even if the structure itself repeats, Drill Dozer constantly reinvents itself to make that gradual build-up feel fresh. In some ways, this structure is actually ideal for a game filled with so much variety. The gradual build-up of gears allows for time to adjust to each level’s mechanic before the game asks you to fire on all cylinders with the 3rd gear.

Drilling gets fleshed out beyond just the game mechanics, too. On a visual and audio level, Drill Dozer depicts drilling in memorably endearing ways. The act of drilling brings up a huge on-screen display that informs you of when exactly you should shift gears. On one level, it is really overbearing, yet the hugeness of the prompt also shows the over-the-top power of drilling in this game. Drilling is such a big deal that whenever it happens, the game dedicates at least half of the screen to it. 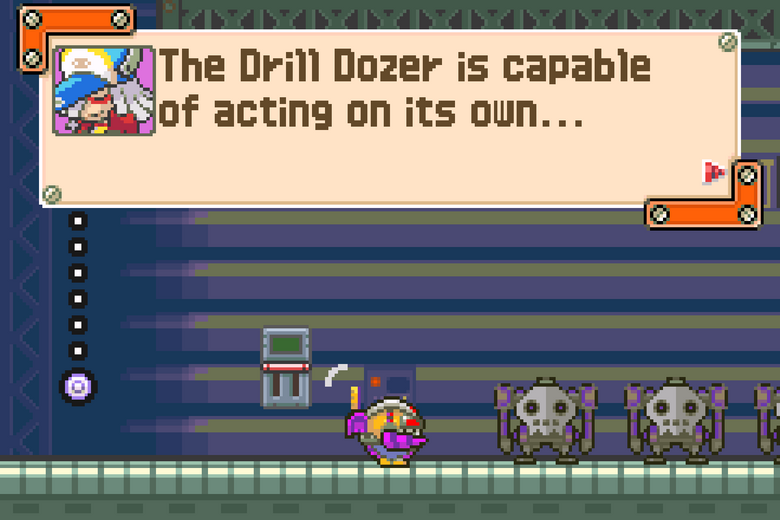 You don’t even truly need the visual indicators, as simply listening to the excellent sound design can clue you into when you should shift gears. As you pump up each gear, you can hear the difference both in the drilling itself and Jill’s yells. Even the cart the game is on integrates itself into the sensory experience with a built-in rumble pak to bring you closer to the drill.

Jill and her Drill Dozer are built up and thoroughly explored as playable characters to an astonishing degree. By the time you reach the end, you’ll have a sense of how her drill works on land, air, and sea. You’ll know all of the different ways you can use your drill and how it can impact the world around you. You’ll even experience a Drill Dozer without Jill and a Drill Dozer without drills. No well of game mechanics is left undrilled here.

Drills do a lot more than destroy things, and demonstrating that is the true power of Drill Dozer. Drill Dozer builds up both a unique sense of momentum in its structure and mechanics, as well as the act of drilling itself. It continues to build upon itself to ensure things stay interesting. Drill Dozer dug a hole in my mind long ago because of all this, and in its place it built a lasting impression. I didn’t really need that part of my brain, anyway.