A crossover of epic proportions

Mere hours before the Gal*Gun’s Kurona joins Gunvolt Chronicles: Luminous Avenger iX 2, Inti Creates has already revealed the next piece of DLC in the works!

On April 7th, 2022 players will be able to enjoy a crossover with Azure Striker Gunvolt 3, as that game’s Kirin is heading to Gunvolt Chronicles: Luminous Avenger iX 2! This DLC is priced at $4, and you can get the complete details on Kirin’s inclusion below. 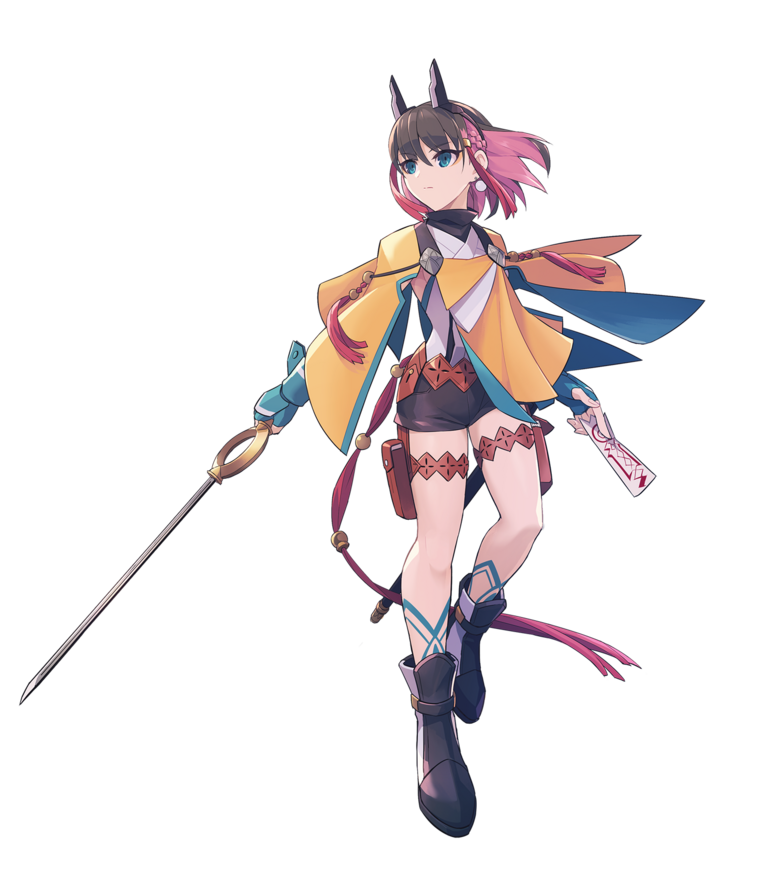 A battle priestess from the world of “Azure Striker Gunvolt 3” gets sent to another dimension. Her “Radiant Fetters” ability allows her to seal away all sorts of different powers. She specializes in fighting with her sword and throwing talismans imbued with her power. Seemingly sent to the world of iX 2 in the midst of a battle in her own world, she comes under the impression that Copen is involved with her enemy’s attack. 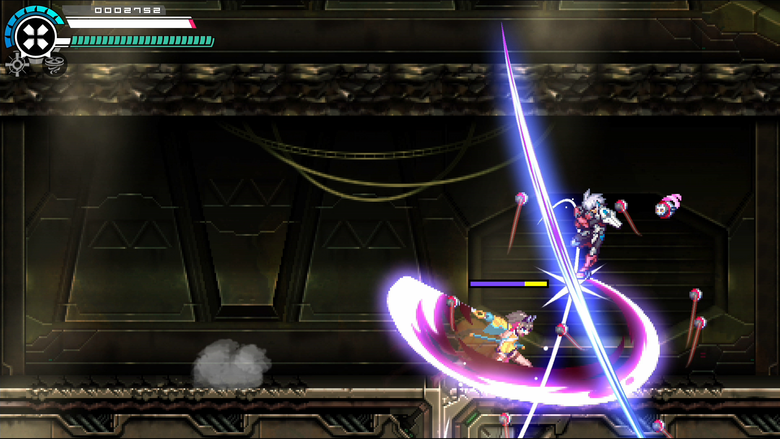 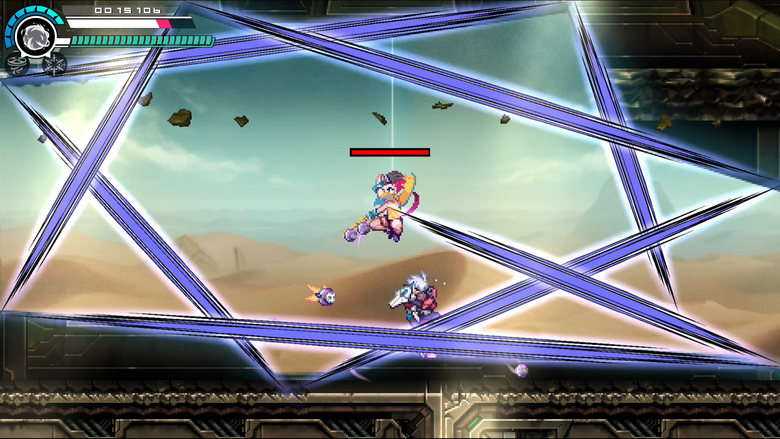 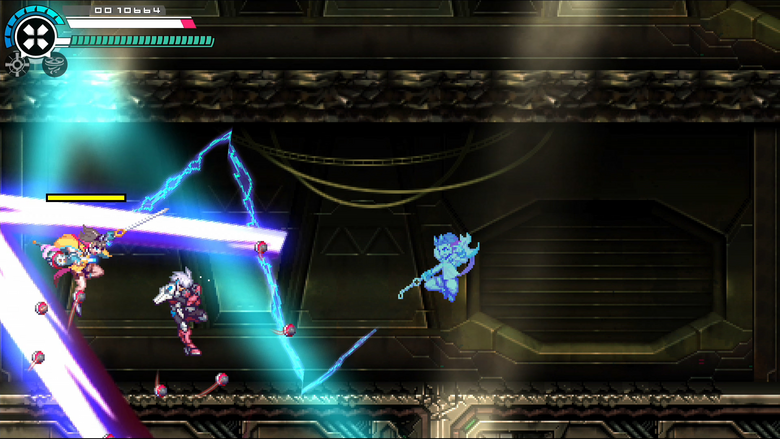 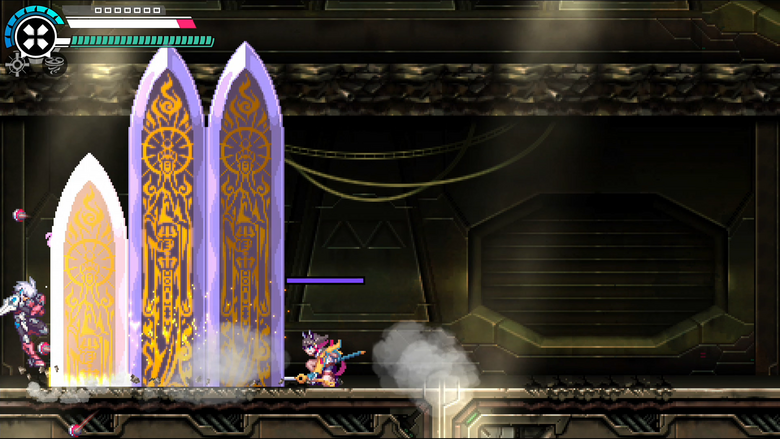 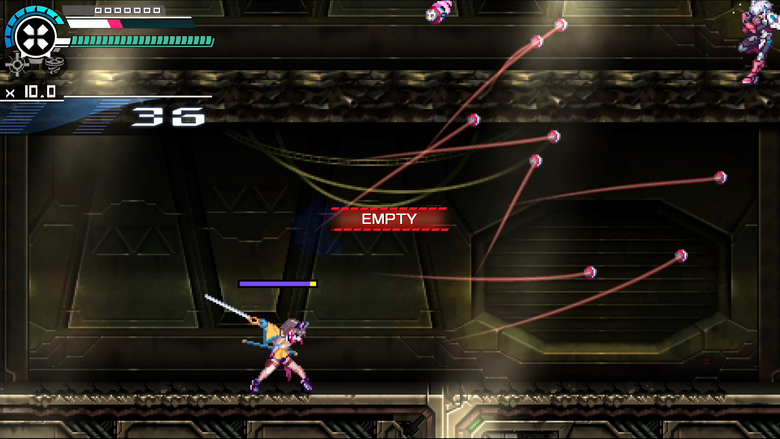 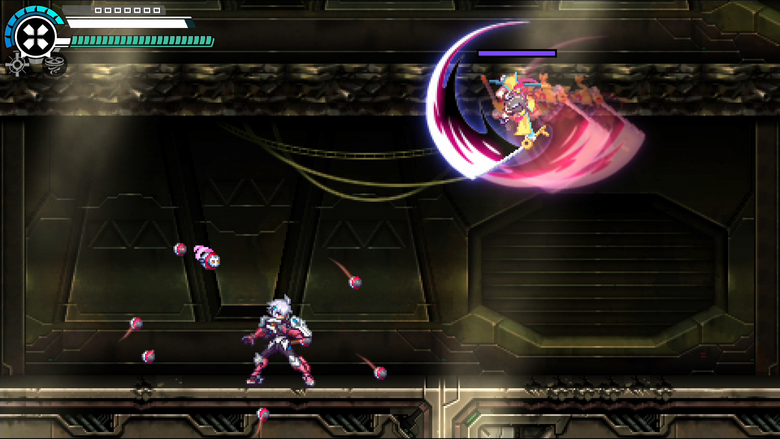 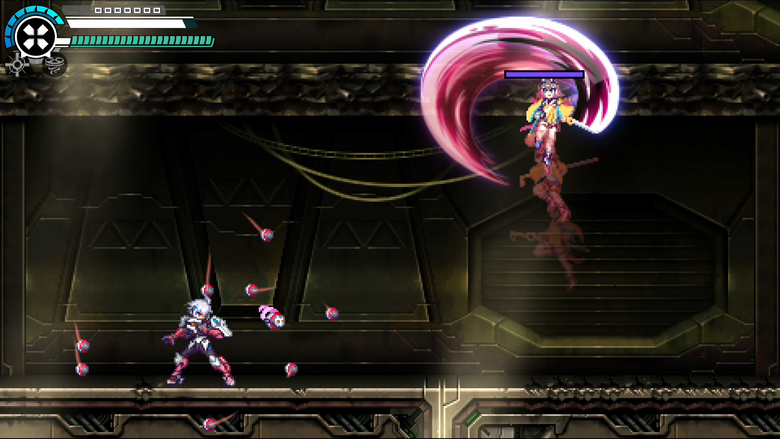 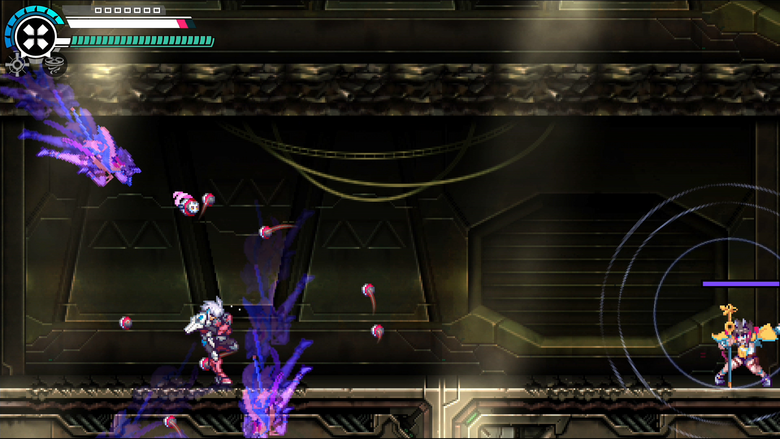 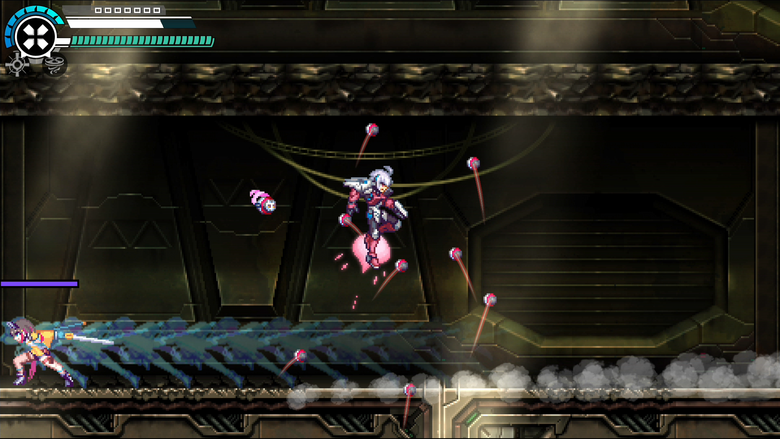 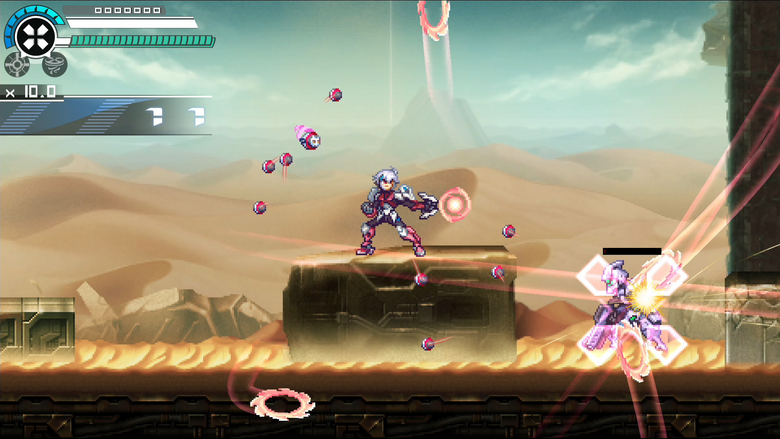 Kirin performs a quick 3 slash combo with her swordstaff after dashing at her enemy.

If locked onto while she grips her blade in its sheath, Kirin will perform a counter attack, sending Copen flying.

An ultra high speed dash attack. Even Copen manages to dodge, Kirin is ready to follow up by throwing a talisman.

Kirin performs a circular slash attack while jumping high in the air.

This attack combines offense and defense as Kirin spins through the air, gripping her blade.

Possible follow-up to Rakshasa Cleave. A number of huge swords spring up from the ground

If Copen is hit with a talisman, Kirin follows up with this lightning speed attack.

Kirin changes places with a thrown talisman and rushes at Copen.

Kirin moves around the area at high speed, leaving behind powerful sword slashes.

Copen’s lock-on razors will always leave enemies with at least 1 HP. Finish them off with an EX Weapon or skill to rack up score.