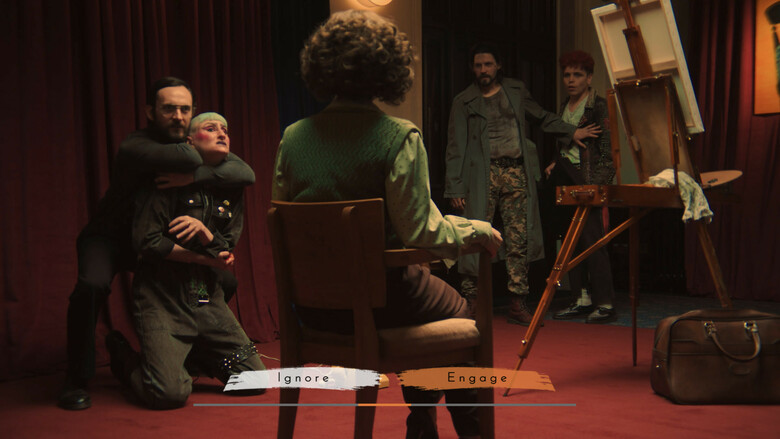 Aviary Studios’ new FMV and interactive film hybrid, The Gallery, will be screening as a group game play event from from Sept. 29th to Oct. 1st, 2022 at the Dinard Film Festival 2022. As a reminder, you can also hop on the Switch eShop right now to pick up the game as well.

Written and directed by Paul Raschid, one of the most prolific live action video game / interactive film creatives, The Gallery is a thrilling combination of hostage thriller and social drama with a dash of world film festival cinema aesthetic. Two Decades. Two identities. It’s going to take everything you’ve got to survive the night.

The Gallery has been created to engage both gamers and interactive film fans with its blend of high production values, stellar cast and a nuanced script depicting the games’ two time periods - 1981 and 2021 - both of which are of considerable political, social and cultural significance in UK history.