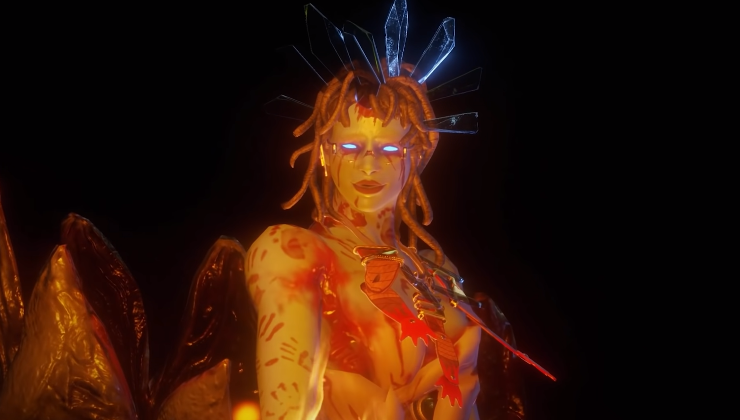 Pretty much any live-service game makes plans to provide some spooky content around Halloween, and Warframe is no different. Tennos who are hoping for some scary adventures will soon have their fill with the Nights of Naberus event, as it’s launching very soon.

Warframe’s annual Nights of Naberus event is rising from the grave October 5, bringing the ancient Orokin festival of death to the Infested moon of Mars, Deimos, where players can celebrate with Daughter of the Entrati family by purchasing themed items with Mother Tokens from her storefront. Mother Tokens can be earned in-game by completing Bounties given by Mother on Deimos, found in the Cambion Drift, or earned by trading certain Resources with Grandmother.

Nights of Naberus items released in previous years will once again be available, along with new exclusive offerings including Halloween Liset Decorations, Jack-o-Naught Noggle Statue, Revenant Glyphs, and more. Plus players can save up to 25% on Day of the Dead bundles from previous years. Nights of Naberus will be available to players for a limited time starting Wednesday, October 5 at 2 p.m. ET before returning to the grave on Wednesday, November 2 at 2 p.m. ET.