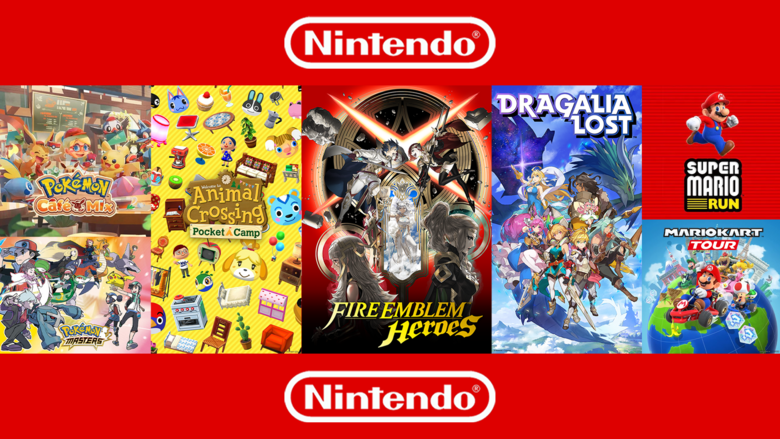 ■ Hall of Forms Revivals are on their way

Revivals of past Hall of Forms events will soon begin! The Forma that appear will be the same as the ones that appeared the first time the event was held, but they will be able to learn additional skills that weren’t available to them the first time around.

As always, you will be able to make the Forma you develop during the event your allies after the event ends using Forma Souls.

We hope you enjoy developing Forma with additional skills or that you get a chance to make Forma your allies that you didn’t the first time the event was held!

On top of the Hall of Forms Revival event, there will be an accompanying summoning focus featuring the four Heroes that appear in the revival! All players will be able to summon a focus Hero of their choice after summoning 40 times or more during the summoning event.

The next Hall of Forms event to return as a Hall of Forms Revival will be decided via a survey to be held on the official Twitter account.

The summoning focus and surveys will both begin at the same time as the Hall of Forms Revival event at 9/10/2022 7:00(UTC) Please see the in-game notification that goes live the day the event begins for details on the available rewards and active period.

■ Binding Worlds is being updated

Starting with the Binding Worlds event that begins in Ver. 6.10.0, we will perform the following updates.

○ You will be able to check the Heroes you have swapped with on the Hero Records screen.

You will also be able to send friend requests to other players directly from this screen!

○ It will be easier for your friends’ Heroes to appear as candidates for swapping.

○ The Heroes you swap with will always have their original skills equipped.

Previously in Binding Worlds, if the Heroes you swapped with were at a low level, they would be equipped with skills that were lower than the skills their summoners equipped them with. The next time the event is held and onward, Heroes will have their highest-level skills equipped, regardless of their level.

We hope you enjoy these updates to Binding Worlds that will make it even easier to connect with other players!

Take on Favor Battles while this bonus is active and you will be granted an extra +10 to your Hero’s Favor Level regardless of whether you win or lose as long as you score one or more points.

On top of this, you will be able to select the “Lv.40, No Support” custom rule in Favor Battles as well while the bonus is active.

○ If you win because your opponent surrendered or disconnected during Favor Battles, your Favor Level will increase by the maximum value.

If you win because your opponent surrendered or disconnected during Favor Battles and you scored a total of nine points or fewer, your Favor Level will increase by the maximum value of 20. (The limit of 10 + 10 for the victory).

Notes: ・ If have a total of 10 points or more, then it will go up by the limit of 20 as it has until now. ・ You must score one point or more for this.

○ Your opponent’s Captain Skill will be displayed from the outset when viewing replays.

Previously, replays displayed the opponent’s Captain Skill in the same manner as the actual battle (at the moment when you discover it), but it will now be displayed from the outset of the battle instead.

○ You will be able to increase your Favor Level to level 2,400.

○ A new Captain Skill is being added.

○ When using the “Lv.40, No Support” custom rule in Summoner Duels, the flaws of all Heroes will be removed.

Previously, using Heroes whose flaws had been removed via the Merge Heroes feature with the “Lv.40, No Support” custom rule in Summoner Duels would result in those flaws returning due to merges being ignored with this rule. Now, flaws will be removed when using this rule.

Note: When using the “Lv.40, No Support” custom rule, this will also apply to Heroes whose flaw has not been removed via the Merge Heroes feature.

With the release of Ver. 6.10.0, players will be able to obtain Divine Codes (Ephemera 10) from events and exchange them from an updated lineup of Limited-Time Combat Manuals using the Compile Combat Manual feature.

Divine Codes (Ephemera 10) will be able to be exchanged for the following Combat Manuals:

■ New weapons to refine are being added

Death Hero who can learn this skill: Delthea: Tatarrah’s Puppet

Deep-Blue Bow Hero who can learn this skill: Lyn: Lady of the Beach

○ You will be able to more easily confirm whether or not a Bonus Unit has defeated a foe during a battle in Chaos season.

During a battle, tap the Settings button in the lower-left corner of the screen and you will see either “Bonus Unit Defeated Foe” or “No KOs Using Bonus Unit” depending on whether or not a Bonus Unit has defeated a foe in that battle.

○ A feature that allows you to search for skills by name will be added to the skill filter.

The skill filter available for use with features such as Inherit Skill will allow you to search for skills by directly entering their name. You can combine the Skill Name filter with the Skill Type filter to narrow down the results to those of the desired weapon types.

○ A link to the Fire Emblem Heroes — Writhe video featuring Líf: Arcane Blade will be added to the Past Episodes button in Tempest Trials+.

○ An illustration for Nino: Pale Flower will be adjusted.