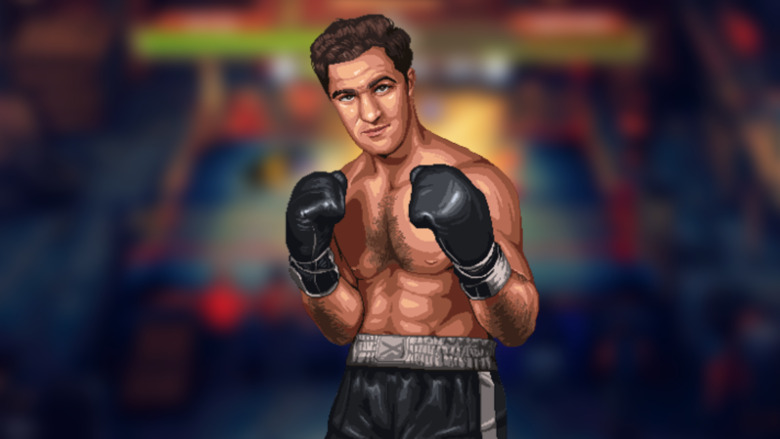 Today, publisher Ziggurat Interactive and developer Mega Cat Studios are shining a spotlight on boxing champion Rocky Marciano, whose story will be featured in World Championship Boxing Manager 2! Marciano, born Rocco Francis Marchegiano, was indeed a “ruler of the ring,” winning 49 out of 49 fights and retiring undefeated in 1956. With fellow greats such as Joe Lewis and Jersey Joe Walcott on his list of victories, Rocky brings his historical and unbeatable career into World Championship Boxing Manager 2’s story mode. Follow him from his humble beginnings to G.O.A.T. in this heartfelt and hilarious sports simulation. When you’re done with story mode, enlist Rocky in an expanded career mode, training him to conquer the boxing world alongside your roster of self-made boxers. Get ready to yell “Timmmmberrrrr” every time you KO your opponent with the champ!

World Championship Boxing Manager 2 features retro-tastic, 32-bit styled visuals and modernizes the series by adding dynamic lighting, an updated interface, and more fights than you can shake your glove at! Hone your fighters to the limit in career mode, or jump into story mode to follow the journeys of real-life boxers on their way from the bottom to the top. However you play it, World Championship Boxing Manager 2 will get you in the ring this season.