Nintendo's gotta be steamed about this 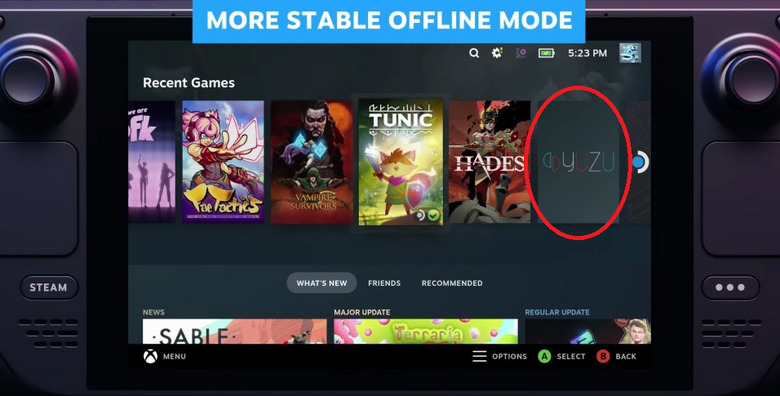 Steam has put out a new video promoting the Steam Deck, but the video is catching some attention from Switch fans, rather than those looking to learn more about Valve’s Switch-like hardware.

The video in particular discusses the fact that the Steam Deck can be purchased without reservation now, and it also rattles off a bunch of fixes, tweaks and changes the portable has gone through. During the spiel, eagle-eyed Switch fans noticed that the ‘Yuzu’ app scrolled by in the background.

For those who don’t know, the Yuzu app allows you to play Switch games on your PC through emulation. This is not an official Nintendo release in any way, shape or form, and while emulation in general is always a hot topic, you can bet many Yuzu users are playing Switch games they didn’t purchase.

Nintendo and Steam certainly have some sort of relationship, as Portal Companion Collection hit Switch not that long ago. You can bet Nintendo won’t be happy about the Yuzu app being in an official Steam video, even if it’s for a split second. We’ll have to keep an eye out to see if Valve ends up editing/yanking the trailer due to the attention it’s getting.

If you want to see the trailer for yourself, we’ve put it below. The Yuzu appearance comes up at the 1:39 mark.

Thanks to Sligeach_eire for the heads up!

UPDATE: The video has since been removed and Steam has shared a new trailer with the Switch emulator removed. You can see the new video here.