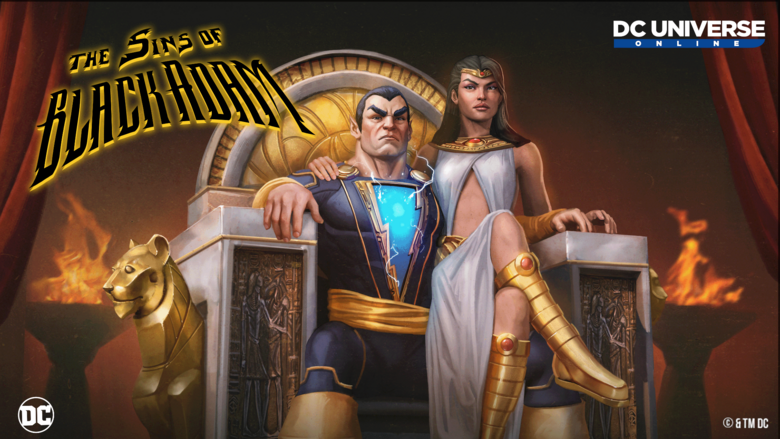 Dimensional Ink Games unveiled the key art for Episode 44: The Sins of Black Adam for DC Universe Online (DCUO), the latest episode in the free-to-play MMO licensed by Warner Bros. Interactive Entertainment on behalf of DC. The episode will launch October 26th, 2022 on PC, PlayStation 4, Xbox One, and later on Switch.

Twice now, Black Adam has failed to resurrect and rescue his wife Isis from the Underworld. Determined not to fail again, he will enter the Underworld himself to strike a deal with Neron once and for all. But can either be trusted? And what costs might await the living as a result of those who trifle with the dead?

The content will include open world missions, with a solo, alert, and two raids. You’ll come across recognizable DC characters, including Black Adam, Shazam, Isis, and more. The storyline will include adventures in locations inspired by Egypt and Egyptian myth, including Infernal Kahndaq overrun by the Underworld.