Lots to look forward to! 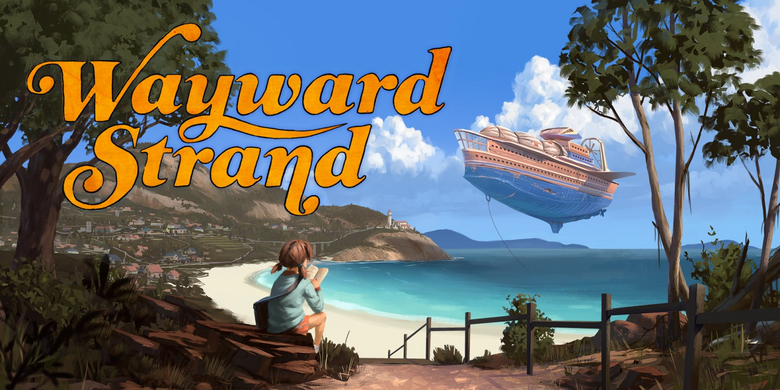 The latest update for Wayward Strand is out now bringing the game up to version 1.0.3. If you’d like to know what the update is fixing, don’t miss out the full patch notes below:

Mrs Beaumaris’s levitating clipboard at the end of Day 1 should no longer exist.

Casey now puts the shield in her satchel when the player selects that option.

Fixed an issue where both Joe and Casey could think that they had taken Mr Pruess back to his room on Day 1.

Mr Pettigrew now remembers that he’s met you if he sees you at the nurse’s station on Day 2 afternoon.

Fixed an issue where Dr Bouchard and Lily would say each other’s lines for a bit on Day 1 afternoon, and ensured Casey’s satchel wouldn’t do a little dance if she was in the room with Dr Bouchard during this scene.

Casey can no longer steal a teacup from Ida’s room when Ida suggests that you go see Mr Avery.

Ida’s knitting should no longer disconnect from her knitting needles and float up into the air.

Joe should no longer snap into the floor when giving Esther their meds on Day 2. On Day 2, if you’re standing at the nurse’s station in the late afternoon, you should no longer be stuck there in some situations.

Fixed an issue where on the afternoon of Day 1, Lily would talk with Casey about Ms Hummel as if they hadn’t met, even if they’d all had lunch together.

Fixed several spots where characters wouldn’t have their prop states correctly restored at the end of a scene – characters in the Cafeteria should hang on to their spoons more consistently now.

Ms Hummel should no longer sit inside the table, or off in the middle of nowhere, in the Cafeteria.

Fixed the overlapping dialogue in Mr Pettigrew and Mrs Beaumaris’s phone conversation on Day 1, and in the Day 2 evening scene with Mrs Beaumaris.

Fixed some spots where Casey would write things down in her Notebook without having seen them.

On Day 3 afternoon, Ms Hummel will no longer teleport her watering can to herself, and waters her plants instead of watering Casey.

Ensured that the options display correctly when Lily offers Casey the glass of orange juice in Esther’s room on Day 1.

Ensuring that Casey actually refills Ms Hummel’s watering can on Day 2, if Tomi isn’t in the room and the player selects that option.

On Day 3 evening, Casey now puts the scarf into her bag, instead of her shirt pocket. Fixed some spelling mistakes.

Improved audio levels for the records that are played in the Lounge.

Fixed an issue where Casey could become stuck, and be unable to move, when other characters call out to her.

Fixed an issue where Mr Avery clips into the floor during scenes.

Fixed inconsistencies between dialogue and captions.

Fixed blank sprite appearing in place of a sketch in Casey’s notebook.

Fixed instances where characters would visibly pop into existence in the elevator.

Fixed case where the rendering effects would turn off unexpectedly.

Added default gamepad for prompts, if an unknown device is being used.

Improvements to story logic, incl: removing an instance where Casey could be roped into a scene in the ward while holding a tray.

-removing instances of characters standing inside other characters or props.

-fixing instances where characters talked over themselves.

Improvements to some UI elements used in scenes.

Improvements to display order of speech bubbles, to ensure the most important information is clearly visible.

Added a chapter select screen, allowing the player to replay from the start of each chapter, once they’ve already played that chapter once and have a save file for it.

Changes the default initial selection on the main menu to ‘Continue’ instead of ‘New Game’ if a save file exists.

Removes the ability to interact with the pause menu while the game is exiting.

Added option for the different modes for moving Casey with a mouse/pointer.