Getting sweaty and scary!

The next big update for Fortnite is here, and it’s gotten the game ready for Halloween! Version 22.20 brings with it the latest installment in the Fortnitemares event, which you can see a trailer for above. There’s a host of spooky content included in this year’s Fortnitemares event, but a lot more is on the way as well. Check out the complete breakdown of what’s in the works below. 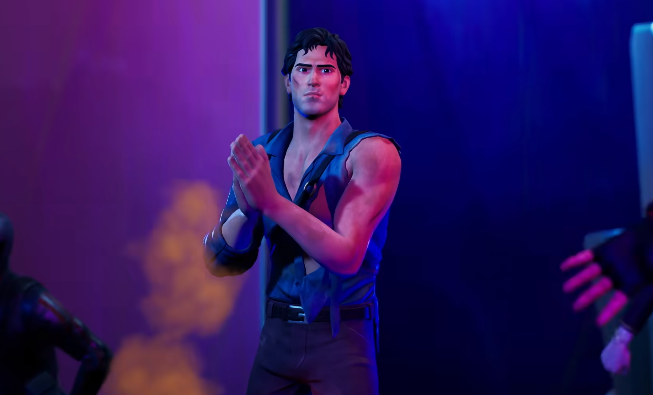 In Fortnite v22.20, DJ Lyka awaits at the Reality Tree to help transform you into a wolf-like monster… with wolf-like abilities.

Turning into a monster is just one part of Fortnitemares 2022. Also complete Quests for special rewards, take down Cube Monsters in Zero Build Horde Rush, have a party of your own with unvaulted items, and more. Fortnitemares 2022 runs until November 1 at 2 AM ET!

While taking a break from dancing to DJ Lyka’s mix, step on one of the Reality Tree’s Alteration Altars — where you’ll be given the option to perform the Ritual Emote. (Far from the Reality Tree? Fear not — altars can be found in other locations as well!) Once the ritual is complete, you’ll be bestowed the Howler Claws. Equip this supernatural item to gain canine abilities:

(Are you being tracked by tracking vision? Your sixth sense will let you know with an audible heartbeat, getting louder and louder as your hunter approaches…)

Equipping the Howler Claws of course gives you… claws. But these claws are more than just really sharp fingernails. With the Slash Ability, show no restraint and perform a four-combo melee attack.

Your claws make you able to air slash too. With the Air Slash Ability, perform a double-jump that damages opponents upon landing.

NO STRUCTURES, LOTS OF MONSTERS

Horde Rush is back! But this time, the Cube Monsters have a trick up their sleeve — this is Zero Build Horde Rush. With your teammates, can you take down hordes of monsters, collect score multipliers, earn combos, survive at different locations, AND take down the Final Boss without the aid of building? Find out while Zero Build Horde Rush is available in the Discover screen until well after Fortnitemares ends (November 15 when downtime for v22.40 begins).

That’s right, Zero Build Horde Rush will remain beyond November 1 for a limited time. After Fortnitemares ends, look out for Horde Rush Quests you can complete for a special reward…

You’ve learned about the upcoming Horde Rush Quests, but there are also general Fortnitemares Quests starting now! Among other things, these Quests will see you perform the Alteration Altar ritual, visit Fortnitemarish places like Grim Gables, and use unvaulted items like Candy and the Pumpkin Launcher. Complete Fortnitemares Quests to earn XP… plus some pleasant surprises.

Want to keep the scares going? Or maybe the party? Fortunately, in this year’s Fortnitemares Callout, we challenged creators to design islands about frights, delights, or both. Check out the Fright and Delight row in Discover during Fortnitemares 2022 and browse some of our favorite map submissions!

BE AFRAID: NO LONGER JUST CONCEPTS

Recently, the Sinister Glare and Undying Sorrow Outfits arose in the Item Shop. These new Outfits were inspired by concepts from the winners of March’s Concept Royale: @Dreowings and @kitsunexkitsu! Check out our interview with these talented artists discussing their concepts’ inspirations, their artistic background, how it feels to win Concept Royale, and more.

With the exception of map changes, the Fortnitemares changes are not included in competitive playlists.

There’s an inkling of a new foe on the Island during Fortnitemares, having set up camp in a new floor of the Grim Gables house… See if you can defeat him to obtain his Mythic weapon! (You may want to bring some help along.)

Oh, and some species of wildlife have disappeared in Fortnitemares — could a zombified species have gotten to them? Or perhaps they escaped by Motorboat, explaining Motorboats’ disappearance… 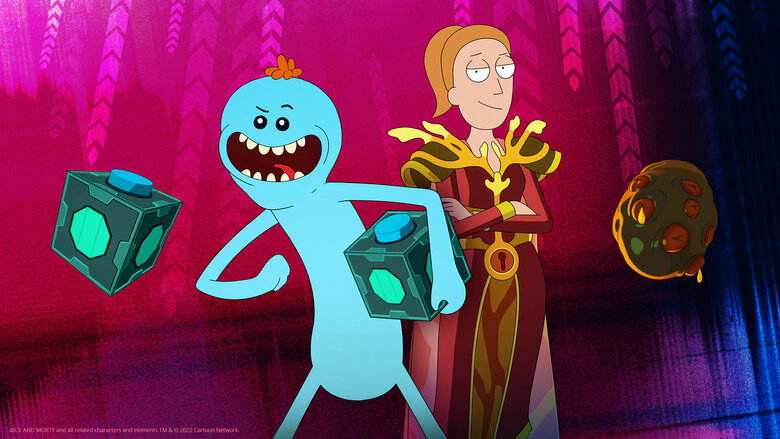 Oh, and since he was made associate security chief by Queen Summer herself, the Mecha Morty Outfit is back. Get your family together so it’s together.

Glorzo wants you to stay, so keep reading on.

MORE ITEMS TO SEEK OUT

The Back Blings aren’t the only accessories. Fitting for Queen Summer, take up the alien-ated eating utensil Gutsy Grabber Pickaxe and — built to defend the glory of Glorzo — the Glorzo Fighter Ship Glider. Matching Mr. Meeseeks, practice your short game with the Summoned Katana Pickaxe and, as if you’re entering existence, enter battle with the Meeseeks Manifest Glider.

Don’t leave home without your Morty. The Mecha Morty Outfit is back in the Item Shop alongside the rest of the Morty, C-137 Set:

Fulfill your purpose to achieve a Victory Royale (or be eliminated right away if you want). 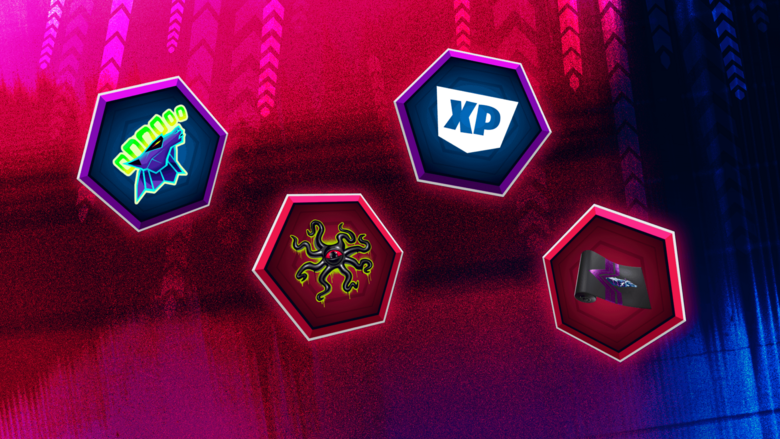 The Fortnitemares Escape Rooms event begins October 18 and will run until November 1, 2022, at 1:59 AM ET. Complete the tasks in Fortnite Battle Royale and Zero Build playlists.

Complete tasks to unlock each room and earn the following rewards:

HOW TO PARTICIPATE IN FORTNITEMARES ESCAPE ROOMS EVENT

Summon the courage to escape… A reward awaits behind each door!

For details on the updates to Creative Mode, you can find the full patch notes here.