Square Enix shares a look at Winter in HARVESTELLA

Bundle up for the days ahead 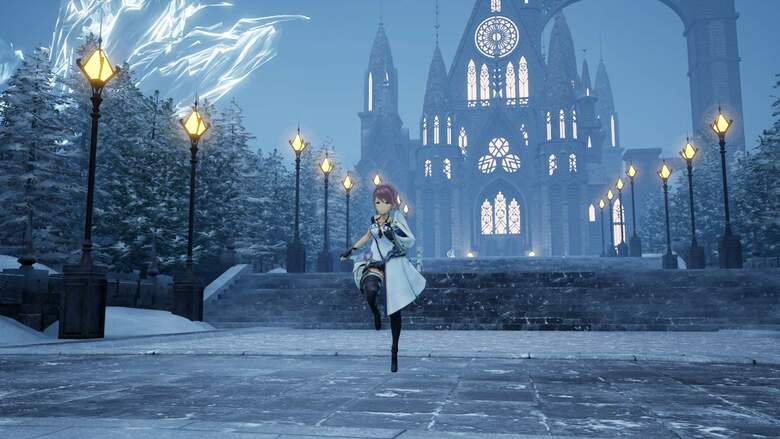 HARVESTELLA isn’t far off from launch at all. The RPG/farming sim is launching for Switch on November 4th, 2022, and in advance of that release, Square Enix has shared a fresh round of details.

In a new blog, we get to learn all about what Winter is like in HARVESTELLA. From the scenery to enemies, crops to meals, the cold season brings with it a lot of change. You can get a complete breakdown of HARVESTELLA’s Winter wonderland below.

It’s a religious city covered in snow and the home base of The Seaslight Order. Priests of the Order come to worship at the Divine Cave near Argene, where is where the Winter Seaslight is located.

You and Aria visit the Holy City Argene to investigate the Winter Seaslight but are told that only those who have been given the the flower “Flos-Indulgentia” are allowed entry into the Divine Cave.

A priest of the Order says that since the Seaslight anomaly, he has been receiving divine revelations. The prophecy of a disaster in the near future has led many of the faithful to seek the Flos-Indulgentia, rumored to mark those who wear them as pure…

Argene has an underground passage, which even the Order don’t seem to know about…

Brakka is a mercenary, dressed in black. He fights with a mysterious weapon that sends bullets flying. He’ll take on any request as long as he’s paid, though his price is rumored to be high…

Next, let’s take a look at an activity you can undertake in your daily life: Faerie Orders.

One day, a fire faerie appears at your home. It seems to have something to do with the Seaslight, and claims that other types of faerie exist too. It says that it will help you work the fields and gives you access to Faerie Orders.

You can check Faerie Orders from the Faerie Book in your home. By reporting any orders that have been completed, you’ll earn rewards! For example, by completing Faerie Orders, you’ll gain the ability to plow large areas of fields at once, or water, sow, and harvest crops altogether! It makes farming faster and easier!

You can also level up your fields to increase the probability of harvesting high quality crops. These can be shipped at a higher price or used to make high quality food.

In a previous article, we explained how you can also grow crops in water and cave biomes. These can be unlocked by helping faeries linked to different Seaslight.

As with the other seasons, some produce can only be harvested during Winter. Here are some of the crops you can grow during the snowy season:

Now here’s the bit you’ve probably been waiting for. More beautifully detailed shots of delicious-looking grub. Don’t look at these with an empty stomach…

You can take on different roles in battle by equipping jobs. The weapons and skills you can use are determined by the job you have equipped. When you recruit a new character to fight alongside you, you also gain access to their job. Let’s take a look at two as-yet unrevealed ones:

This job excels at delivering physical attacks from a distance. The attribute of normal attacks can be switched between fire and ice when the necessary skill has been unlocked.

This is a job that performs physical and magical attacks with a magic sword. You can learn skills that deal wide-ranged attacks or set up fields that cause continuous damage.

Food does more than just give you energy. Eating a meal during an adventure with your party members will sometimes result in a special storyline, as well as better food effects than usual. Depending on the food you eat, you may see an unexpected side to the other characters.

In some dungeons, you may encounter powerful enemies called “FEAR”. These are clearly different to the ordinary monsters roaming around. You won’t be able to defeat these formidable opponents if your party is weak, but if you take them down, you may obtain powerful accessories.

You may encounter paths that seemingly require you to defeat a FEAR to proceed. However, these can be avoided by taking advantage of the environment and unique elements of each dungeon. Use skills and field effects to your advantage to move forward.