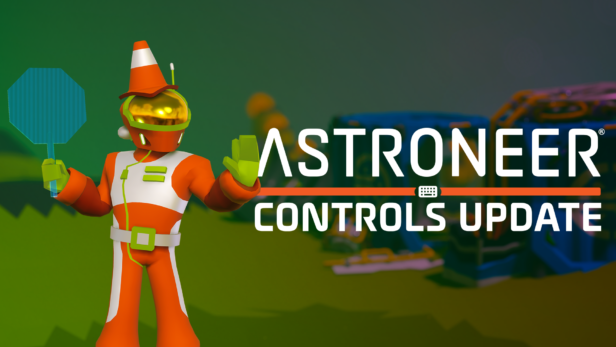 Astroneer has received a huge update (version 1.24.29.0), which adds a bunch of stuff such as new items, mouse and keyboard support, an updated Japanese translation, and much more. Check out the full patch notes below.

This is a long time coming but we did a bunch of work to add (honestly..) basic functionality for controls across all platforms. You can now use mouse and keyboard on console and can remap a TON of inputs to completely customize your experience. We did this mainly for accessibility purposes, if you are a player who needs to move buttons around to make sure you can enjoy Astroneer, this one is for you <3. Of particular note, you can now make some “hold” actions a toggle to help make sure you can play with less need to hold multiple buttons down for long periods of time.

Additionally, adding Mouse and Keyboard support to console means people can use a variety of peripherals if they need. We tested a lot of hardware (thanks so much Q/A team <3) to ensure that you can remap lots of actions to any mouse button or any keyboard input. The team also tested these changes with the Xbox Adaptive controller which should work great on Xbox and PC. (Note: we didn’t test everything, so let us know if you are having trouble with a specific mouse or k/b!)

The EXO Salvage Initiative returns for a limited time! EXO accepts a variety of salvage types which can either be collected from exploration or crafted and destroyed or shredded. Astroneers are encouraged to employ the approach that is the most fun for them and ship their collected exports off using the EXO Request Platform!

Salvage items are worth different point amounts when shipped:

EXO supplies useful items and resources along the way to boost your recovery or production efforts. Randomized recurring rewards are available after completing the main event including: