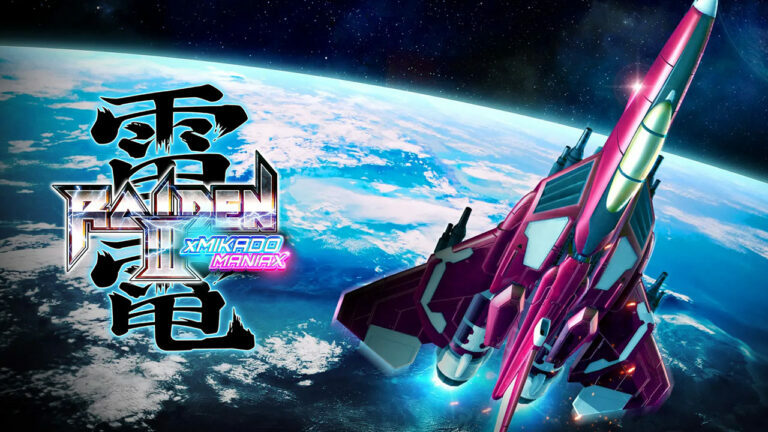 MOSS has announced the shmup Raiden III x MIKADO MANIAX for Switch, and it’s set to release February 23rd, 2023 in Japan The title will be available digitally and physically, and is priced at 3,800 yen. There’s also a 7,200 yen limited edition that includes a diorama papercraft, two-disc soundtrack CD, and special box with a changeable jacket.

You can read more details about Raiden III x MIKADO MANIAX below.

New Elements Exclusive to MIKADO MANIAX – There are over 20 enhanced background music tracks! A new sound mode has also been implemented that lets you freely set the background music for each stage, allowing you to experience the world of Raiden III to your liking. There is also a wallpaper customization function and vertical screen mode for rotated displays, offering an even greater sense of immersion. A newly implemented hit detection display can be switched ON or OFF for more beginner-friendly play.

Easier to Play Game Modes – The game comes fully equipped with various game modes, including “Gameplay” mode, which is a complete port of the arcade game; “Score Attack Mode,” in which players compete for the high score in each stage; “Boss Rush Mode,” in which you encounter boss weapons one after the next; and more.

Online Rankings and Replay Uploads – The newly implemented “World Ranking Mode” features online rankings as well as a “Replay Publish” function that allows you to share your gameplay online. Share your personally recorded gameplay with players across the country, or study your rivals’ gameplay. Utilize the game’s online functionality to compete against players worldwide.