A must for shmup fans 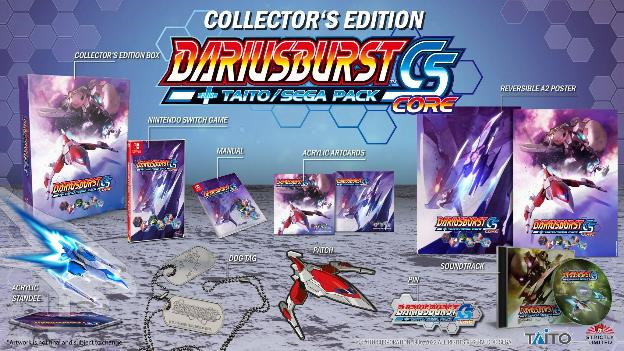 Strictly Limited Games, in partnership with TAITO, has announced that DARIUSBURST CS CORE + TAITO/SEGA Pack will get an exclusive physical release with a Limited Edition and Collector’s Edition alongside the previously-revealed digital release for Switch. Pre-orders for this legendary shoot ‘em up start on Sunday, October 23th, at 12 AM CEST (midnight), only at strictlylimitedgames.com. Digital pre-orders are now live.

DARIUSBURST CS Core + TAITO / SEGA Pack includes only the “CS Mode” and “DLC Mode” from DARIUSBURST Chronicle Saviours, which is available on other platforms. (The various modes within “AC Mode,” such as “Original,” “Original EX,” “Chronicle,” and “Event,” are not included.)