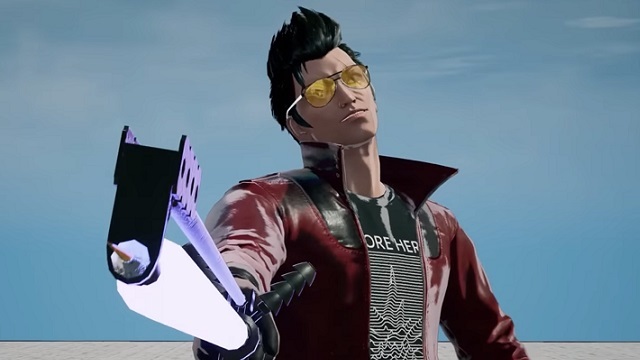 No More Heroes III came to Switch awhile back, and it supposedly marked the end of Travis Touchdown’s journey. Travis sure went through a lot in his latest adventure, but according to an interview with Suda51, some big things were left on the cutting-room floor.

According to an interview with Gematsu, Suda51 originally wanted to have 100 bosses in the game. As you might of guessed, time and budget restraints made that impossible.

Along with that, Suda51 would have liked to include more weapons for Travis as well. These features are things Suda51 says he’d consider for a remake/remaster, should one ever come around.

Of course there were lots of things we wanted to do, and I’ve spoken about this in lots of interviews before, but we initially envisioned having 100 bosses, and having more playable characters apart from just Travis; those were some ideas we considered. Also, it was going to take place in not only Santa Destroy, but a place called Utopiland as well. We wanted to create an entire freely traversable map. I had really hoped to accomplish all of those things, but due to factors like the sheer volume of the game, scheduling, budget, etc., we ended up having to scale a lot of stuff back.

…To be honest… I wish we’d added more weapons. I wanted to have three types of weapons, and that’s honestly one of my regrets. So in the future, if we do a remake or remaster or something, like maybe 10 years or so from now, I want to be sure to put stuff like that into the game, if it happens. But again, I can’t make any promises at the moment.

Now, as for No More Heroes III wrapping Travis’ story, Suda51 has since walked back those comments a bit. We originally heard this was going to be it for Travis, but now Suda51 keeps cracking the window open for a return. It might not be anywhere in the near future, but it’s certainly starting to see more likely.

“I mean, Hideo Kojima said he was done with Metal Gear Solid like two times, but we still got more (wink).

As for it being the final game, and Travis’ final battle, I think of it as Travis’ retirement, or an honorable discharge.

But, yeah… Like with all the pro wrestlers out there, a lot of times they’ll retire, and then make a comeback. For example, some of my favorites, like Terry Funk, or Atsushi Onita, who’s legendary in Japan for his deathmatches. They’ve retired so many times. Each time they retire, they make a comeback. I’ve seen Terry Funk retire like three times. And every time, he returns to the ring.

So, when it comes to Travis, well… He does love pro wrestling, and his ‘retirement’ could possibly just be a little break. I don’t know. I’d prefer to leave it up to him, and see how he feels about it.”