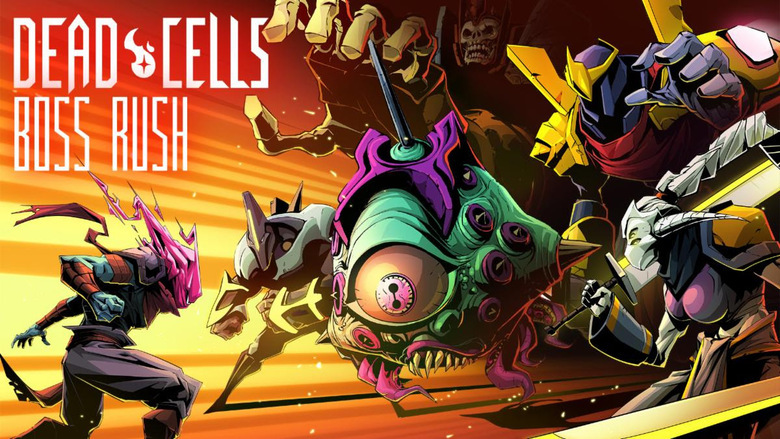 Developer Motion Twin said that Dead Cells would be getting its Boss Rush update in late October, and they’re staying true to their word. That update is slated for Oct. 26th, 2022, and we now have the full patch notes. You can check out everything this update has to offer below.

The bosses are randomly selected from the following tiers:

In the door 2 and 4 of the Boss Rush, you will fight Bosses with Modifiers, which means we’ve given them even more ways to kick your ass. Think extra limbs, healing powers, buddies to help them kill you. All the good stuff!

You’ve got a fan, and they’re making a statue of you! Unlock statue parts as you progress through the Boss Rush, and use them to make your own customized sculpture.

New Ranged Weapon: Glyphs of Peril – The lower your health, the more attacks this weapon has in its combo (up to 7 hits). Crits from the third hit onwards.

New Skill: Taunt – Enrage the enemy right in front of you, causing them to attack and move quicker, but also take more melee damage.

New Mutation: Wish– Wish for a great item and you’ll get it! The next one you pick will be upgraded to Legendary quality. Only one use, and this mutation get locked in your loadout once it triggers, though.

Flint: Instant Charge (New affix: all attacks are fully charged without needing to hold the button)