A man who needs no introduction 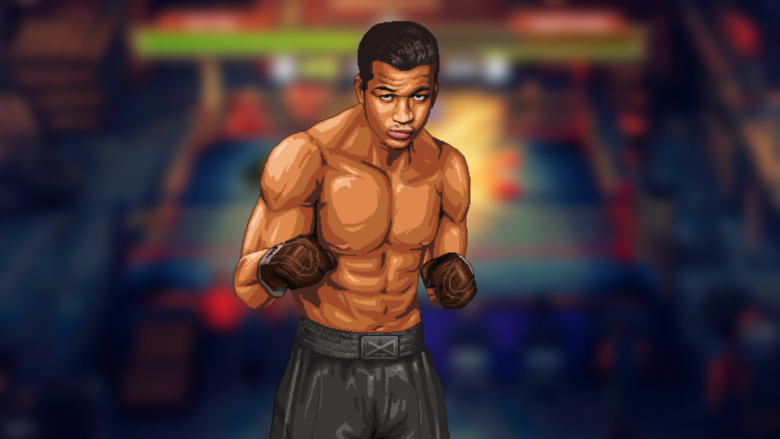 Today, publisher Ziggurat Interactive and developer Mega Cat Studios are shining a spotlight on boxing champion Sugar Rage Leonard, born Walker Smith Jr. on May 3, 1921. Sugar Ray is a name widely known throughout boxing communities, even 57 years after he retired from the sport. Borrowing the Amateur Athletic Union boxing card of his friend Ray Robinson, Sugar Ray quickly picked up the sport and quickly built a following at the gym where he trained. When future coach George Gainford watched him box for the first time, Gainford commented that the young boxer’s style and fluid motions were “sweet as sugar.” Others agreed, and the nickname stuck.

After winning the New York Golden Gloves championship in 1940, 19-year-old Sugar Ray turned pro and never looked back. By 1946, Sugar Ray had become the world welterweight champion. His reign included a 91-fight winning streak. He held the title for five years and then moved on to acquiring the world middleweight title, which he held five times between 1951-1960. A dominant force in the boxing ring for two decades, Sugar Ray was 38 when he won his last middleweight title.

Sugar Ray’s record was 128-1-2 with 84 knockouts at the pinnacle of his career. Amazingly, in over 200 fights, Sugar Ray was never physically knocked out (though he did receive one technical KO). Altogether, he accumulated 109 KOs and finished with a record of 175-19-6 with two no-decisions. World champion Muhammad Ali called him “the king, the master, my idol.” In 1997, The Ring magazine named Sugar Ray “pound for pound, the best boxer of all time.”

World Championship Boxing Manager 2 features retro-tastic, 32-bit styled visuals and modernizes the series by adding dynamic lighting, an updated interface, and more fights than you can shake your glove at! Hone your fighters to the limit in career mode, or jump into story mode to follow the journeys of real-life boxers on their way from the bottom to the top. However you play it, World Championship Boxing Manager 2 will get you in the ring.