Nintendo says future Kirby games may not be in 3D, denies a Kirby timeline, and has nothing to share on Forgotten Land DLC

A mouthful of info! 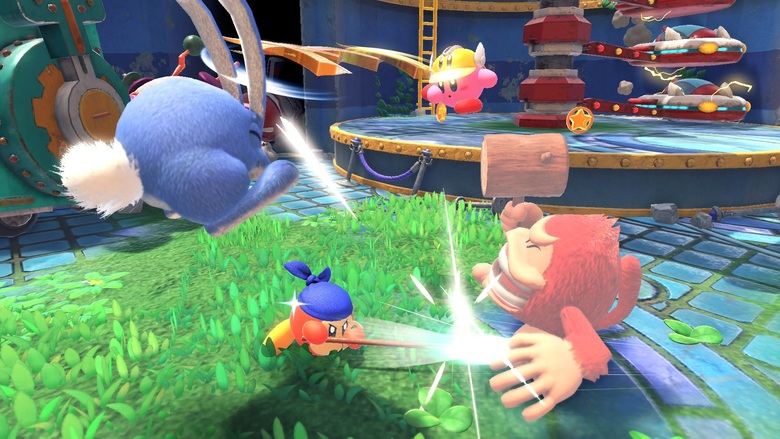 The Washington Post had the chance to do a massive interview with some of the big minds behind the Kirby franchise. In particular, Nintendo’s Kei Ninomiya, and HAL’s Shinya Kumazaki, Tatsuya Kamiyama, and Yuki Endo gathered to answer a series of questions about Kirby and the Forgotten Land, as well as the Kirby series in general.

Throughout the interview, some particularly interesting topics were discussed. First off, both Nintendo and HAL made it clear that future Kirby games won’t necessarily be in 3D. While Kirby and the Forgotten Land is a major achievement for the franchise, just because this title is the first fully-3D installment doesn’t mean all future Kirby titles will follow in step.

Along with that, the dev team confirmed that Kirby games have no real timeline to them. While it might seem like some titles naturally flow together, Nintendo and HAL don’t have a Kirby timeline planned out. They simply create games that are fun to play, and sometimes those titles build off of what appeared in previous Kirby installments.

Finally, if there’s going to be any DLC released for Kirby and the Forgotten Land, Nintendo isn’t ready to share those details. When directly asked about the potential for post-game updates, HAL said there’s nothing they can share at this time.

You can read the full Washington Post interview here, or read our bulletpoint summary below.