The Quietus is coming... 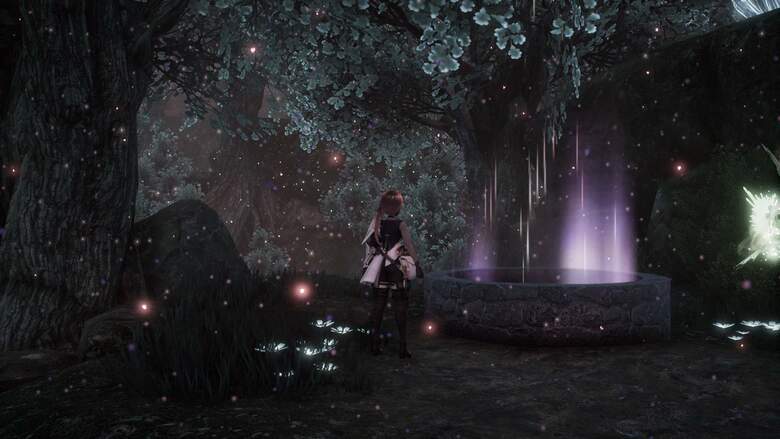 Just two days before HARVESTELLA launches, Square Enix has shared another blog detailing some fresh features of the game. In particular, we get to learn about the Quietus Dungeon, Cooking Deliveries, the Day-One update and more. You can see the complete breakdown of content below.

You enter this deep dungeon from a well, which you’ll find in a certain location…

Defeat the fearsome enemies that await you on each floor and press on further into the deepest depths of the dungeon.

Your weapons and abilities in battle are determined by the Jobs you have equipped. By recruiting characters with a particular job, your protagonist will be able to use it, too.

Release is nearly upon us, but we have time to reveal one more job: the Lunamancer!

This job excels at wide-range magic attacks and weakening enemies. It can perform attacks that take advantage of the planet’s huge mass.

Over the last few months, we’ve shown you many drool-inducing shots of the delicious food you can cook in HARVESTELLA. But what can you do with it?

You can eat it or sell it, of course, but you can also use it to fulfill cooking deliveries!

Residents of the different towns you visit on your adventure may sometimes ask you for a particular dish.

By cooking and delivering their requested dish, you can earn a range of rewards including money and new recipes.

In a certain town, a hideout lies quietly nestled away.

It is said that the owner of this hideout, Chief Conellu, will exchange any Conellu Dolls you find and hand over for some great stuff.

Conellu Dolls can be found in all kinds of places, lying around towns or in dungeons.

Pick them up and claim your reward from Chief Conellu!

Updates to HARVESTELLA from the Demo Version

The full version of HARVESTELLA features a day one update that refines and improves features based on feedback from the Nintendo Switch demo. These include:

We’ve reduced time lapse speed on the world map and the field, so you have longer to farm, fish, chat, explore or anything else you want to do!

Fishing is more fun: The hit time for fishing has been reduced, making the activity more rewarding.

Switch jobs faster: The cooldown time for job changes has been reduced, meaning you can switch roles more frequently in combat. It makes it easier to pick the right Job for the… um… job.

The Mage job attacks more quickly: Some players found the Mage job’s strikes a little slow, so its normal attack speed has been increased.

More warning when you’re low on HP: A new warning effect has been added that lets you know when a character’s HP is low. This extra information should help keep your party on their feet in tougher battles!

The full version of HARVESTELLA has also received a number of additional improvements, including:

Please note that all of the above updates are coming to the full version of HARVESTELLA only - the demo won’t be updated.