Have what it takes to win? 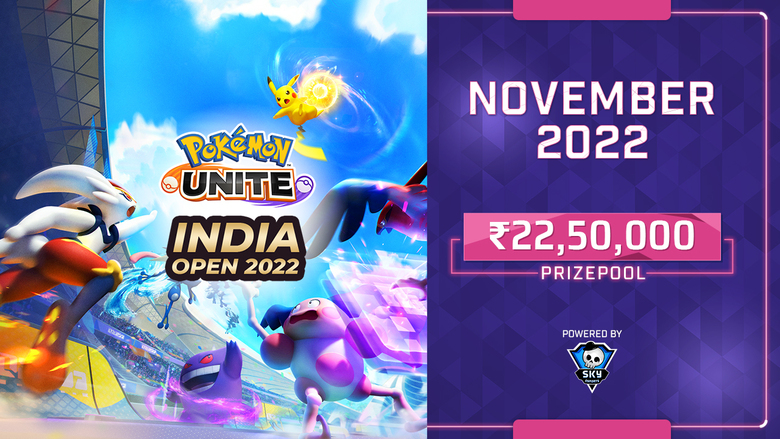 Jet Skyesports, in a partnership with The Pokémon Company, has announced the Pokémon UNITE India Open 2022 – one of the biggest esports tournaments for the MOBA title in the country to date.

The Pokémon UNITE India Open 2022 will feature open qualifiers for teams across the country. After playing through different stages, the top two teams will advance to the National Finals – which will be a LAN event in Mumbai in mid-December. Besides the coveted title of being the winners, the teams will fight for a humongous prize pool of Rs. 22,50,000, which represents one of the biggest figures for the title in India.

Registrations for the Pokémon UNITE India Open 2022 will kick off on Nov. 5 on the official Skyesports website and will be open until Nov. 18. The qualifiers will happen separately across six different regions of the country to ensure the maximum number of players have a chance to participate and compete. These regions are:

Teams who register will have to compete in the zonal qualifiers and finals from Nov. 21 to Dec. 2. The top four teams from each zone will then advance to the National Playoffs, which will be livestreamed, and will happen from Dec. 3 to 13. Finally, from here the top two teams of India will battle it out for the title in an intense LAN National Finals in Mumbai later in December.