This game has its ups and downs 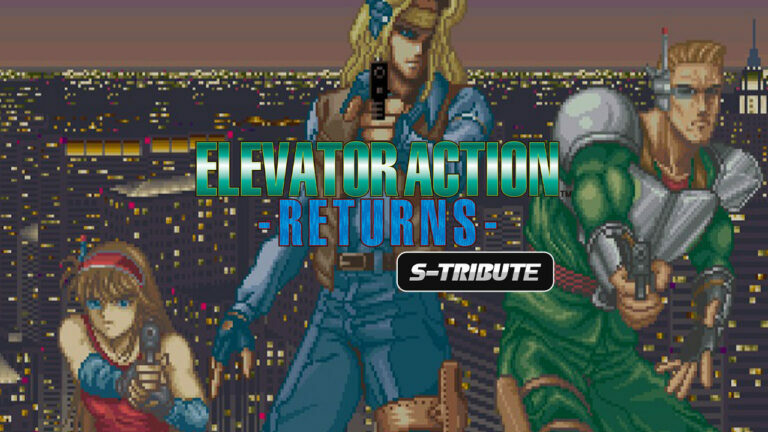 Elevator Action Returns was originally released as a 2D side-scrolling shooter game by TAITO in 1995. This game is a reproduction of the home console version released by Bing in 1997.

Select one of three special forces members—Kart Bradfield, Edie Burret, or Jad the Taff—then start the game. Grab data from all the red doors, then escape the stage.

When every stage has been cleared, players will also be able to play the first game in the series, Elevator Action (single-player only).

Elevator Action Returns S-Tribute includes a number of quality-of-life features and additions that were never present in the original release. Here’s a complete rundown of the new options available to players.