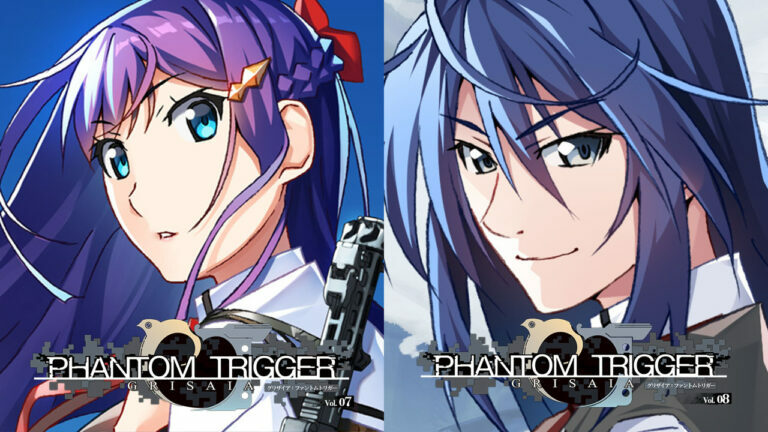 Visual novel fans, get ready for a double dose of content heading the Switch’s way.

With the story entering its final, climactic chapters, Vol. 7 has over twice the amount of content compared to previous volumes!

As daily life goes on unchanged, the girls continue to sharpen their fangs in silence. Even Haruto seems to be preparing for an inevitable showdown, as he takes up his sword again. Echoing voices call out to them from far away.

All units of SORD and CIRS are summoned for a mission of unprecedented scale. Their enemy: the religious organization “The Fatal Answer,” or “TFA,” where Enishi and Kuroe eagerly await a climactic confrontation.

Meanwhile, Arisaka Shiori finds herself in two minds. As a teacher and staff member, and as a human being, should she allow her students to jump headfirst into this battle, or should she forbid it? Their fate lies entirely in her hands…

This is the final instalment in the Phantom Trigger series! What will become of the members of SORD at the end of this long, grueling battle?

This final volume contains over three times as much text and voiced lines as the previous volumes.

At last, an all-out war is at hand.

The battle against the religious organization, The Fatal Answer (TFA), has entered its final phase, with CIRS and SORD preparing to send all of their troops into TFA’s stronghold.

The battlefield soon descends into total chaos. Black rain pours down, civilians become desperate for water, and shots are fired at friend and foe alike. Not even the trenches are safe from the anti-aircraft guns TFA employs, the explosions bombarding the combat zone that the girls are tasked with invading. Such a feat is not unlike invading the depths of hell itself. The underground base is quickly being suffocated by gunpowder, and the dark forest that surrounds the battlefield reeks with the stench of death. But both contain within them the faint yet tenacious flames of life; will those flames be able to withstand the harsh realities of war?